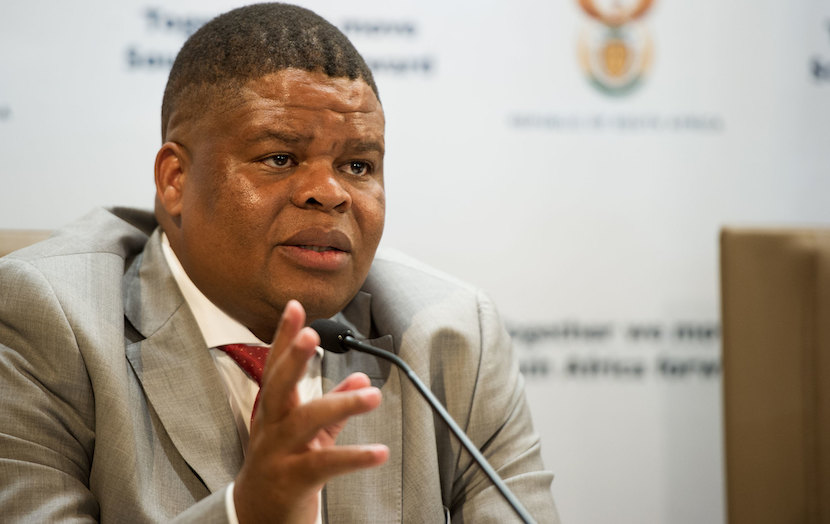 Wierzycka is well known for her stance against corruption and she was instrumental in exposing both the #GuptaLeaks in 2017 and the auditing firm KPMG as a facilitator of state capture within government entities. Wierzycka recently posted on Twitter that she is well aware that she has been the subject of spying. The state security operative then confirmed that the former CEO is amongst a group of ‘strategic individuals’ whom he monitored through phone tapping and cellphone triangulation.

Happy to testify I was followed (they were so obvious), my phone was tapped (line was always crackling) and harassed at airports by State Security ladies who did not even pretend to be customs. https://t.co/y5CiLp3yTw

Questioning the motives and modus operandi of RET looters. And being rich/ powerful. Simple.

Read also: Magda Wierzycka on being tapped and harassed; and her view that SA has herd immunity

In an interview in 2018 with BizNews founder Alec Hogg, Wierzycka described the need to target corruption in South Africa and why she went from a leading chief executive in financial services to someone who could potentially attract a few enemies.

“I didn’t start off by wanting to be an anti-corruption crusader, it was more the fact that being in the investment industry, what we did see on the ground is a country spiralling downwards under the Zuma regime and it was the truth that potentially was hidden from members of the public. It got to a point where you had to do something. I just felt you had to start speaking out – particularly after Gupta leaks appeared.

What absolutely amazed me is that with all of that evidence out there in the public realm, no one was doing anything about it. That’s really what triggered this kind of involvement in starting to speak out and little did I know at the time that I would be a bit of a lone voice from the business side.

I expected business South Africa to stand up and say, ‘We cannot continue on this path because it’s a path of economic destruction for this country’. So, never mind the political issues but just on the economic front, it’s in the interest of business and would have been in the interest of business South Africa to speak out. When the Gupta leaks came into the public domain I fully expected leading business figures to speak out. Instead, no one did.”

A secret witness told the Zondo Commission that Mahlobo received millions in cash from the State Security Agency which had to be delivered to Zuma. Mahlobo denies that he ever received large cash payments and he currently serves as the deputy human settlements minister in President Cyril Ramaphosa’s cabinet. As such, community members are taking to social media to voice their frustrations.

“Mahlobo currently serves as the deputy human settlements minister in President Cyril Ramaphosa’s cabinet. This is why nothing will change,” says Carl.

Marx441 agrees. “Cyril is dyed in the wool ANC. The evidence is overwhelming that its modus operandi mimics that of the mafia; its leaders are largely unaccountable and even the Constitutional Court is acting with undue deference to a man who is manifestly corrupt and engaged in criminal behaviour. What makes me sick is the vast majority of the business community are silent, compliant, and don’t want to rock the boat, especially about expropriation despite its consequences. These same men swagger up to check-in counters and demand to be treated like gods because of their ‘status’ and have big bravado.”

“Wasn’t he the fellow that testified at Zondo a couple of days ago?” asks The Passing Show. “My heavens, the bloke I watched looked and sounded like a caricature of a Dunning-Kruger experiment.”

Wouldn’t it be nice to read a headline related to our government and actually be surprised for once.

Read also: Magda Wierzycka: Helping SA back from brink – and that infamous convo on SAP’s corruption

Needless to say, many South Africans are cheering Magda Wierzycka on because she doesn’t hesitate to call out corruption.

And a wonderful woman. She should be in politics.

“Great track record and she speaks her mind freely, probably because she owes nobody nothing,” writes Macafrican.

Everyday I’m astonshinged by the abuse of state resources! @Magda_Wierzycka Keep doing what you do! 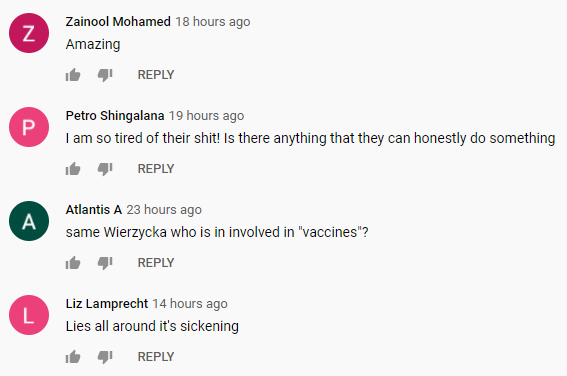 Please do not hold back on this one.
Surely a slam dunk case.

We actually trusted people like David Mahlobo with intelligence services matters 😫. Jacob Zuma really didn’t care about our country and people’s safety. What a historical mistake his Presidency was! #StateCaptureInquiry

Read also: Magda Wierzycka on being a corruption buster, helping to hunt down the Guptas

To hear the full interview with Magda Wierzycka on being followed, listen below: