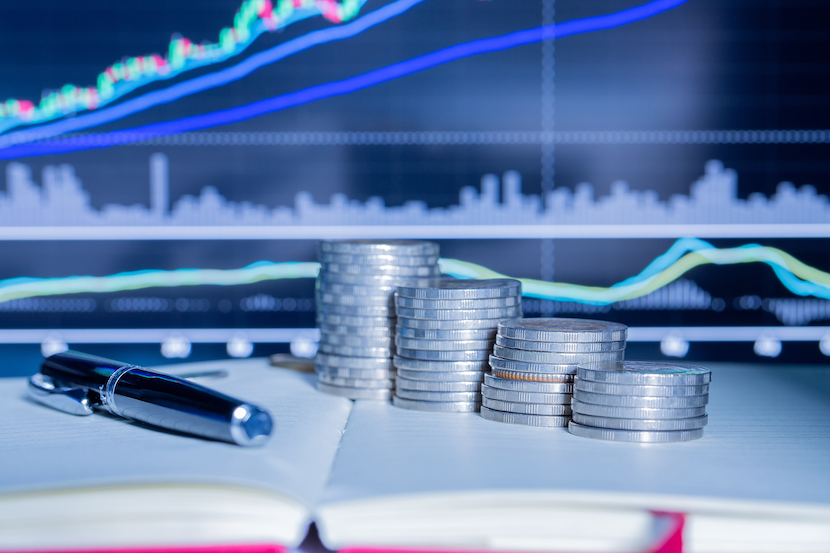 For the better part of the last decade, South Africa has been a dire investment destination relative to global peers. Brenthurst Wealth Management founder Magnus Heystek has been beating the drum on offshore diversification and exposure to global equity markets for a similar period of time. Despite his calls being on the money, he’s been criticised by many in the South African investment circles for his negative outlook on the local economy, which have been justified by poor returns – both from a nominal and real growth perspective. Offshore equities on the other hand, particularly US tech and related innovative industries – have had a phenomenal decade, outperforming on every investment return metric. In this well articulated piece below, Magnus compares the investment returns of ‘local Lenny’ and ‘offshore Otto’, who both invested R10m ten years ago in a diversified portfolio of equities, property and cash. Lenny invested locally, whilst Otto invested abroad. The differential in returns is staggering, with Lenny’s portfolio currently worth c.R19.3m whilst Otto’s portfolio more than doubling local returns, worth c.R43.3m. As the famous saying goes, diversification is the only free lunch you’ll receive in investing. – Justin Rowe-Roberts

It’s hard to believe that slightly more than ten years ago SA hosted the Soccer World Cup of 2010. Who can ever forget the blaring sounds of vuvuzela’s, our jam-packed sporting stadiums and a national euphoria for hosting one of the most successful SWC’s ever?

And as the last of the hordes of soccer-mad tourists left our shores, travelling on our spanking new Gautrain to a recently revamped ORT airport, we would all be forgiven for thinking: this is our time. The next decade belongs to us!

Tourism will boom, foreign investors who came for the love of soccer will, no doubt, return with their spreadsheets and cheque books to invest in this wonderfully beautiful country.

But it was not be. In fact, ten years later, the decade has been a financial wipe-out for most South Africans, from the poor (who became very poor) to the middle-class and even almost-rich who saw their relative wealth stagnate and drop precipitously when compared to what happened in most other countries in the world.

Most alert and well-informed South Africans are well-aware of what happened, but do they truly comprehend the full extent of the financial catastrophe that has befallen them? It seems many don’t, and still cling to a belief that things are not that bad and that their collective financial fortunes will improve soon.

But it won’t, in my view, and unless the ANC is somehow booted from power and replaced with a more modern, free-enterprise-based political collective – are the next ten years bound to be a repeat of what has happened over the past decade.

In short – by almost all measures of wealth criteria –  SA – and the majority of its people have become very poor – with only a handful of rich who externalised their assets or who somehow managed to earn in foreign currency.

In ten years from 2011 to date the following has happened:

It’s no secret that I have been writing and talking about this trend for many years. At first—from about 2010 to 2014–I alerted investors that there was a massive boom in technology and internet stocks taking place, mainly in the US, and that in order to get exposure to these sectors, one needed to externalise some assets. There was no other way of getting exposure to these fast-growing sectors and companies unless one sent some money offshore. Since then things have changed somewhat for the better.

And secondly, I tried warning that SA’s fortunes are mainly determined by the ups and downs of the commodity cycle, which in 2011 started a very sharp correction which only ended around 2020.

These initial recommendations were met with outright hostility from the local asset management industry.

From 2015 onwards these warnings took on a more strident tone and I wrote many articles warning about the financial tsunami—as I called it – heading our way, with middle to upper-class South Africans firmly in the way of this destructive force.

Our company also sponsored 3 annual countrywide seminars – called SA Quo Vadis? – with another business and financial news media website from 2016. Many attendees were openly sceptical and even hostile to these suggestions of externalising some assets. How things have changed!

On the internet I was called many things, mostly nasty and vicious. The Financial Mail called me Dr. Doom, the editor of Beeld-newspaper called me a “pedlar of doom, prying on white fears” while fellow financial advisor Warren Ingram called me a financial pornographer, a click-baiter that must be ignored as the outcomes were bound to be poor.

It didn’t take me very long to realise that my comments were not only ruffling a few feathers, it was also a threat to very large and powerful industries – that of the local asset management industry as well as the residential property market.

But the local asset industry is battling with its own existential troubles. Money is flowing out of the JSE at an enormous rate -more than R560bn by foreign equity investors since 2015.

But wealthy South Africans have also been sending their capital offshore at unprecedented rates. Brenthurst Wealth consulting economist Mike Schussler estimates this outflow since 2014 to be more than R1 trillion. This is money that is not being invested with SA managers, but with the global giants such as Vanguard, BlackRock, Franklin Templeton and Fundsmith to name just a few.

Local asset managers have not seen much real growth over the past 5-6 years. For instance, the assets under management for listed Coronation has barely moved from R588bn in 2014 to its current levels around R630bn. Many mid-sized and smaller asset managers are battling to survive and mergers (and even closures) are the order of the day.

But the freedom of being independent and being my own boss allowed me to continue highlighting these very worrying trends and I find comfort in knowing I managed to convince a great number of people to build up some kind of global nest egg—either in the form of offshore portfolios and even property in Mauritius and London – that made it all worth it.

The story of local Lenny and offshore Otto

Let’s assume for the sake of illustration twin brothers Lenny and Otto who were fortunate enough to inherit exactly R10m each ten years ago.

Local Lenny decided he was not going anywhere with his money and he took his inheritance and invested as follows, all in local currency and in local assets:

R5m in a multi asset portfolio consisting of the following funds:

R4m was used to purchase a very sizeable house on a golf course estate (Dainfern/Pecanwood/Silver Lakes).

Nothing unusual and very standard for someone with such a large amount of money to invest.

For the benefit of this example I am assuming he lived in his property but have excluded rates and taxes, levies and upkeep.

Otto decided to spread his financial wings and wanted to create a global portfolio with his inheritance, not that he didn’t love his country, he just liked the idea of spreading his risk and investing in global investment opportunities.

$714,000 in an offshore global portfolio in the same ratios as above:

(These funds were not picked with the benefit of hindsight. These were funds for more than 10 years in Brenthurst global portfolios, including our own fund which is now more than a decade old).

Again, to standardise the comparison, I have excluded any potential rental income as well as maintenance and property taxes. If one were to assume that both properties were rented out during the 10 years, it would not have made any difference to the general outcome.

Offshore Otto has no plans to leave South Africa, he simply followed a globally-diversified portfolio in order to reduce risk and benefit from economic and financial opportunities elsewhere in the world.

While this exercise will, no doubt, attract criticism from some quarters, it clearly shows what effects the ANC’s wealth-destruction policies are having on almost every South African with some modicum of assets.

Most middle-class to even wealthy South Africans are today starting to feel the pinch, unless they have expatriated at least some of their assets and investments.

If you were like Local Lenny and stuck to the false belief that “local is lekker” and only focus on SA investments, you have become very poor in a relatively short space of time. Even myself was shocked as to the actual numbers when I did the comparison and had to double and triple check my numbers.

Everything imported has become almost unaffordable: new motor cars, cell phones, laptops and even overseas holidays. Purchases of these and other items are simply postponed or they simply don’t happen anymore.

Certain top-end motor manufacturers (Mercedes Benz) have stopped disclosing local retail sales. I suspect the declining trend in sales ( as opposed to booming exports) has something to do with is.

I have no special insight into the future. All I can say that if the ANC continues with its economically-destructive policies for the next ten years, the middle-class as we have known it for many decades, will almost have been wiped out. And perhaps that is the objective after all. 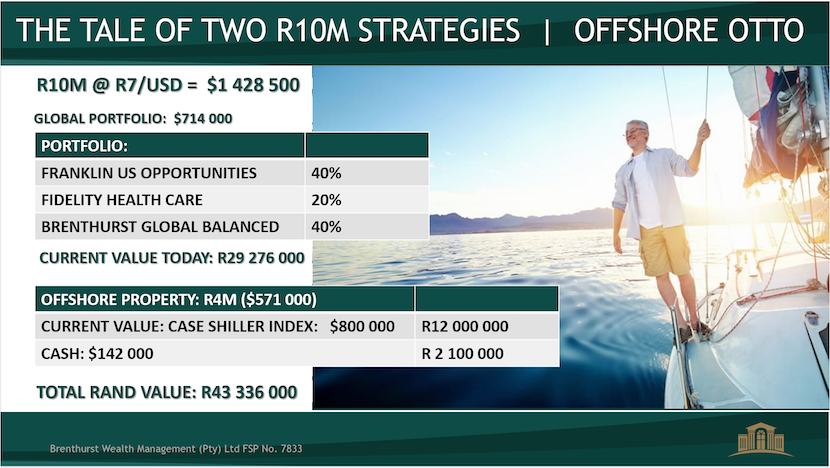 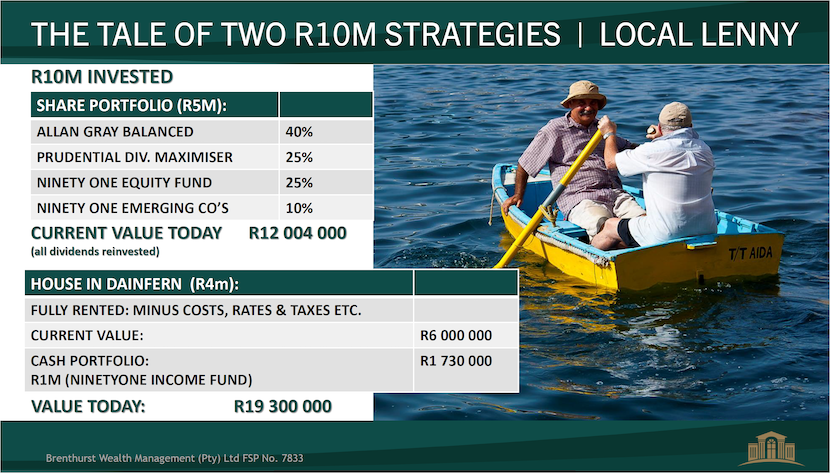