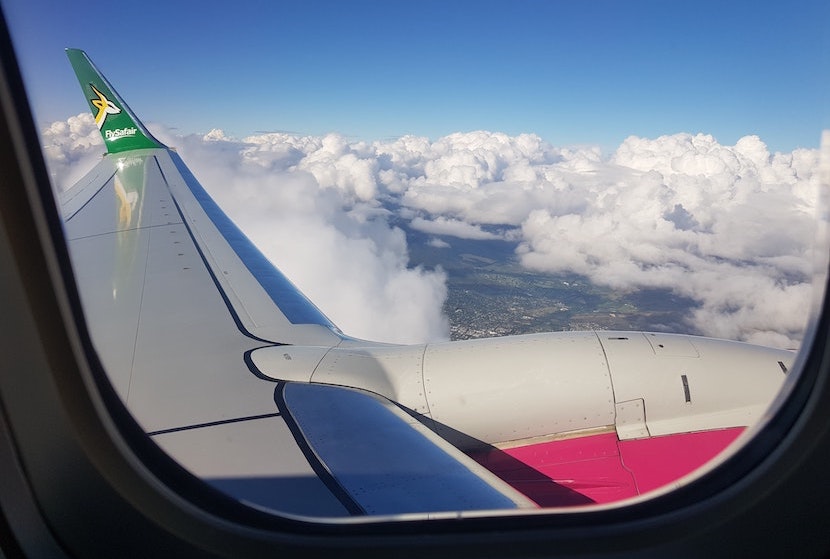 FlySafair, a low-cost South African domestic airline, is spreading its wings and branching out to provide its first international route. From December, the airline will be offering flights to Mauritius, a popular holiday destination for many South Africans. BizNews spoke to CEO Elmar Conradie, who notes that the product will work on this specific route as it’s “more aimed at leisure travellers”. He also gives insights into the regulations around Covid-19 and what’s next for the company. – Jarryd Neves

Elmar Conradie on his background:

I joined FlySafair 16 years ago as the CFO. At that stage, we were pretty much a leasing company and we just did what we call ACMI flying, so contract flying. We actually flew for a lot of the other domestic airlines at that stage – the likes of Comair, SAA etc. We also did a lot of flying in Africa, but never that passenger flying. We start to FlySafair in 2014. Six months after we started, I became CEO.

On their first international route and choosing Mauritius:

It’s quite a big step for us. I told my team on Tuesday [that] they need to take a moment and just let it sink in that we’re going international. We always focused on the domestic market because that’s what we knew. We understood that our particular business model and the product that we offer isn’t for everybody – it’s a very specific portion of the market (the leisure market) that wants the low-cost product and it’s generally leisure destinations. It doesn’t mean that they aren’t business people that travel with us.

I think a lot of business travellers actually appreciate our sort of on-time departure statistics and being reliable. I think when when things go tough, everybody tries to save a little bit of money. But it’s not our main market normally. The leisure market is more where we aim. Why Mauritius? It’s primarily for that reason – it’s more of a leisure market. We think that our product will work on the specific route because it’s aimed more at leisure travellers.

On how this will work with regards to Covid-19:

Each country has got its own rules. In Mauritius, [the rules state] that if you are vaccinated, you can go there – you also need a negative PCR test. Most countries at this stage demand a negative PCR test before you enter the country. Then you can basically travel throughout the whole island. You can go to your resort [and] you are not limited to any movement within Mauritius.

If you’re unvaccinated, you have to go into a 14-day quarantine. At this stage, I would say it’s not really attractive to unvaccinated travellers or holiday makers. You’re going to want to be vaccinated if you want to go to Mauritius.

On how the oil price, at over U$80, affects operating costs:

It affects us quite negatively because it’s got a direct impact on our operating costs. Together with that, the exchange rate also plays a role because the oil prices is in dollars, so plus the exchange rate. It’s normally got a bit of a double effect because both of them affect us. It will have a negative effect. What makes it a little bit more complicated is that we now are already selling for December.

Actually they are saying [that] December is where they think the oil price might even hit U$90 a barrel. You have the situation that you might actually sell tickets now – and it’s too cheap compared to the fuel price in December. It will affect all the airlines quite negatively and not just in South Africa but across the world.

On what’s next for the airline:

We would like to add a few more international destinations and regional destinations. It will still be focusing more on leisure routes. We will continue to see whether there are any opportunities domestically. But we will be a little bit conservative at the stage, until we’re more convinced and sure that there’s going to be no more further restrictions and lockdowns. [That there’s] nothing that will affect the business as drastically as Level 3 and Level 4 recently – where some of the airlines even had to stop flying completely.

The whole South African market at this stage is still only operating about 50% of the passenger numbers it did in 2019. The travel market in South Africa has by no means recovered to pre-Covid. I think our first aim is just to recover to pre-Covid numbers. Then we would like to add a few more international or regional destinations that’s aimed at the leisure traveller.