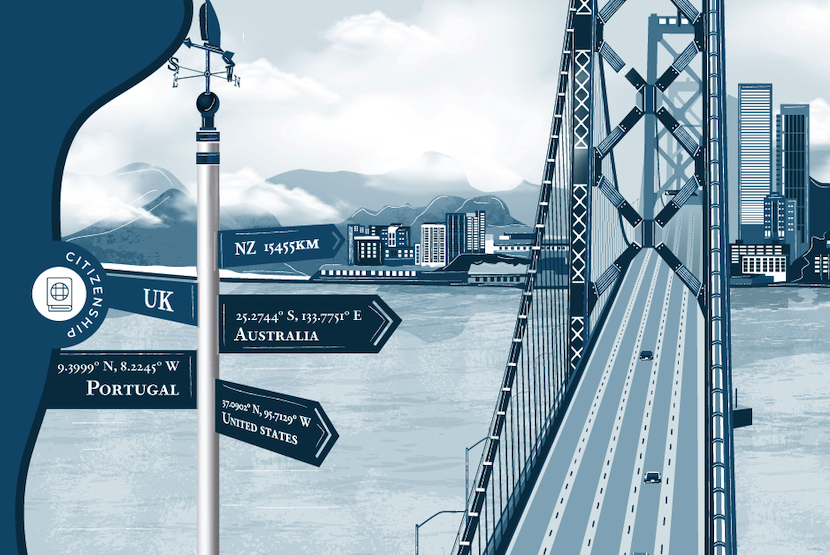 Mishal Patel, Sable International’s British and nationality expert, joins Bronwyn Nielsen of BizNews to shed light on the intricacies of obtaining British citizenship. Patel specialises in isolating claims to British nationality for those who have connections to former British Territories, those who are resident in the UK, and those adopted by British citizens. In the discussion below, he touches on the impact Brexit has had on the process, as well as the challenges faced by parents looking to secure citizenship for their adopted children. – Claire Badenhorst

I wish I could tell you it’s easy but it’s not, and I think the main reason why it’s not is because the UK is the only country I know that’s got six different forms of its own nationality. So when you’ve got six different forms of nationality, you’ve got to understand why each and every one of them exists, how you can claim it, and how you can go about doing that. So that’s why it’s a little bit difficult, actually.

On the impact Brexit has had on his job and company:

For myself [in] particular, I wouldn’t say it’s had a huge impact. On the business overall, it has had an impact [but on] myself not particularly because we weren’t really connected, or the type of work I do, which is claiming or trying to isolate claims for British nationality through one’s UK-born ancestors, doesn’t necessarily overlap with EU citizenship or EU citizens. However, at Sable, we do work permits and we have found that as soon as we left the EU, every Italian or Polish citizen, German citizen, all of them have had to now apply for a work permit to enter the UK and work here, which is why the demand for our services on our work permit business has gone up because now we’re getting more of these requests from EU citizens who traditionally, since the 1970s, never needed it. It was as easy as them going from London to Birmingham if they wanted to move and live here, but now they need permission.

On whether it’s become more difficult to secure British citizenship:

So, yes and no. No, in the sense [that] those people who’ve committed to spending time in the UK and are in their immigration route to qualify for citizenship, it’s pretty straightforward. You have to be here for a set amount of time. You could then apply for a status and then apply for citizenship. That’s your three-step process to becoming a British citizen in what I consider a normal way of migrating. However, there is a version or a side to British citizenship, which is a little bit more dated because it needs an understanding of the colonial laws and independence laws, etc., of the UK’s former territories.

Now, if I am someone in South Africa that’s sitting here going, well, no, my grandpa was born in the UK but I don’t want to move to the UK, but I want their citizenship, and then they approach me or my team and then [we] go, yeah, you could. But they see all the loopholes we have to go through to get you citizenship, even though you don’t really want to come reside in the UK. So that part of it is more elusive – [not] only for the fact that it’s difficult – it’s because not a lot of material exists in the modern day for a layperson to go out there and research and make their own application.

How it works is if you are someone that’s going well, OK, I’ve got an equivalent of £2,000 pounds to spend on this, then we know that will get you to where you need to be when you’re looking at citizenship through ancestral connections. So on the high side, you’re looking at around £2,000 to £2,500, more or less, if it’s a very complex scenario. And this I mention in a case fee scenario, so something that an immigration person, in my opinion, should charge because it’s not there to exploit people. It’s [a case of] these are how many hours of work I need to put into this and this is a fee per hour. So every practitioner will have a different fee per hour according to their experience and their qualifications, and so on.

As far as the UK government is concerned, realistically with these types of claims, because there’s no set fee or set form that exists for some of these claims, they usually will charge an admin fee of £80. So you’re looking at around £80 for some of them and some go as high, in terms of a government fee, as about £1,200. So again, when you get a portfolio, just 20 different types of claims to British citizenship, it’s hard to pinpoint an exact amount one would pay unless you’re going to sit down and research their work, look into the family tree, [and] look at what kind of claim they have.

On how the value of a British passport has decreased with the advent of Brexit:

No, absolutely. I totally agree. I think it all depends on what one wants out of this situation. If someone in South Africa or anywhere in the world is sitting and going well, I know I can get my British passport but actually, I never want to live in the UK, I wanted access to the EU, then absolutely correct. I mean, we had that scenario a year or so back that Ireland ran out of Irish passports because there were so many people applying for Irish passports. They couldn’t fulfill each and every demand and there was a big backlog. They just ran out of blank passports. You’re absolutely correct.

I think what was once seen as a universal passport across 27 different nations is now really just for the UK and Ireland. So yes, if you are a business person, then maybe you’re thinking, well, I’m going to get an Irish passport if I can over a British passport. Now the problem that we do have is the borders between Ireland and the UK are still very blurry. And by Ireland, I mean the Republic of Ireland. So that’s still in the works and it will depend on how those negotiations go with the EU and that hard or soft border between us and Southern Ireland, the Republic of Ireland, that will really determine whether someone with ambitions of holding an Irish passport also can live in the UK and how that will go about.

On challenges surrounding adoption and surrogacy when it comes to obtaining British citizenship:

Where you have a three-parent scenario or surrogacy, or you have a scenario where it’s a closed adoption, for example, we don’t have the biological parents’ details, it is difficult because of the fact that you are dealing not just with the immigration, but now you’re dealing with authorities in different countries, so you’ve got to understand their practice. I don’t know what practices lie for a surrogate in India, for example, or so on. So that’s why it makes it difficult for practitioners in the UK because now they’ve got to start understanding whether this surrogacy, has it happened properly with all the laws adhered to? Has this adoption? Is it recognised as a UK-recognised adoption under The Hague Convention?

But we’re getting there, and the reason why we’re getting there, I would say, is because people are being more ambitious with their plans. People want to have surrogacy, people want to have adoptions and by people, I mean British citizens. I had a case a couple of months ago that came to me because this British couple had adopted someone in South Africa and, you know, the adoption itself took like 18 months to two years because of the red tape down there. Then they went to the British High Commission. They said they couldn’t help understand how to get this child over. They called the Home Office in the UK, at that point they couldn’t help, they just said, OK, email us. So for one of these people, it’s hard to get advice from the authorities themselves, which is where we come in. And in that case, it was as easy as making an application to the British consulate to bring the child over, and then once the child is here, I would then make an application to register the child.

So the firm that I work for and myself, we keep on pushing that envelope with the Home Office because unfortunately again, with the UK laws, they’re not adapted to take into account three-parent families, to take into account where there is a stepfather who adopted the child as compared to our full adoption and there’s a biological parent involved. So in those kinds of scenarios, we are pushing the envelope to make sure that no child that’s adopted is treated any different than a biological child. So in other words, if that child had been the biological child, would that child have acquired citizenship? If the answer there is yes, then surely by now the UK should not discriminate against adopted children because that’s not the child’s fault. That’s what we are saying. We’ve had some success in it so far, and we’re hoping that will create a new set of laws to come into practice in the UK soon to recognise that – those anomalies.