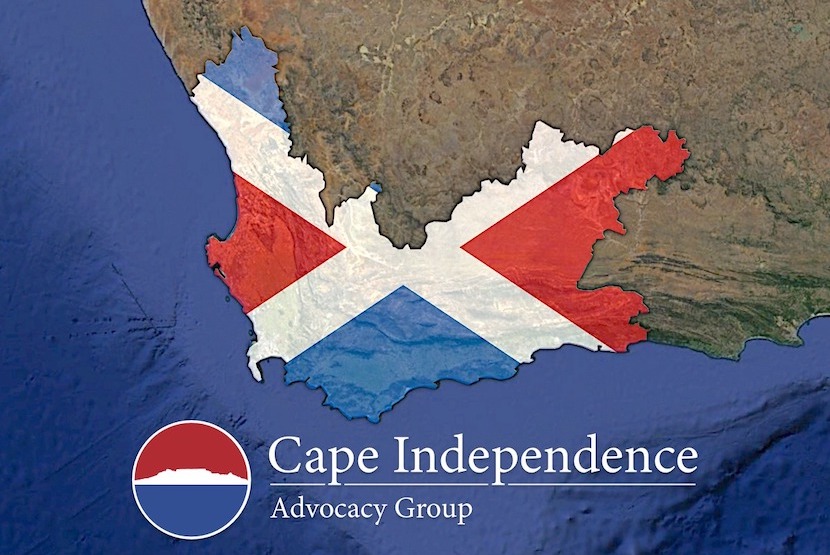 Co-founder of the Cape Independence Advocacy Group, Phil Craig, joined BizNews founder Alec Hogg in another discussion about the political arena. Craig argued that the Western Cape has secessionist parties on its agenda and, in fact, has already agreed to have Cape Independence on its referendum. According to Craig, it is in the best interest of the voter to have a referendum that would allow voter freedom between the DA and the Cape Independence party, adding: “Allowing people to have the democratic choice in the referendum allowed people that are much more free to vote in the local government elections”. – Sharidyn Rogers

From my point of view, we ended up exactly where we wanted to be, which is positive. We expected to have secessionist parties between 5% and 6% and they ended up at 5.4%. So, we ended up exactly where we expected to be. This is one of the great misnomers actually, which is sort of a terminal problem for us. People always want to equate and support the Cape Independence Party or the Cape Partisan. [It] is obviously a very small party with Cape Independence. We’ve polled twice and we know that the vast majority of Cape Independence supporters actually vote for the DA. I think that’s a fairly logical position. They want the DA as a national government, they vote for the DA as a national government. They just never get it and, therefore, Cape Independence is what allows the people of the Cape to get the government that they keep voting for.

What we saw was a big increase. In 2016, parties that openly endorse Cape Independence – which obviously doesn’t include the DA – had 0.1% of the vote and that increased to 5.4%, which was this window, up to 5% to 6%. So from that point of view, we were delighted, it was where we expected. What was said was very interesting. It was perhaps the bigger picture, which was the real ideological shift that we’ve seen in these elections; away from the sort of dominant centralist parties [the ANC and the EFF] towards much more regional federalists and yet devolved. I think they call it the micro regional parties now. So, there’s a definite change towards people taking control of their own circumstances and that is very compatible and very positive for Cape Independence.

On how to classify secessionist parties:

On whether the Western Cape will put secessionist parties on the agenda:

Absolutely. It will be on the agenda. I actually hope that the people who’ve been elected in local government elections will first and foremost serve the people who elected them in the capacity in which they’ve been elected. That will be their first priority and rightly so. Cape Independence is already in the zeitgeist, it’s already under discussion. Actually, we already have agreement that we’re going to have referendums in the Western Cape and we already have agreement that there’s going to be a question on Cape Independence. So, this isn’t some watershed moment. We had that agreement before the elections. [It was] one of the things that we worked hard for.

On whether the referendum bill will be put in place before 2024:

The last time I spoke to the DA, they were anticipating that the referendum bill [the legislation has to fall in place first] was going to be before the committee stage they were expecting in November. Then that depends on how it’s dealt with by the ANC and the other parties in Parliament. That’s the unknown part here. The DA were not expecting too much opposition. They were thinking around six months to see this bill through Parliament and then after that, obviously we’d have to press on. We’re in uncharted territory and what we don’t know [we know that the ANC and the EFF are going to make a stand on Cape Independence] is, are they going to make the stand in parliament where they try and stop the bill being put in place, which would mean they were going against the Constitution? Or are they going to let that bill pass and make their stand at the referendum itself? Or are they going to let the referendum take place in the post-referendum negotiations? So, that’s the unknown quantity here. We’re assuming about 18 months; if we assume the bill is passed within sort of six to nine months and then perhaps the same again to get us towards the referendum. But I mean, it’s informed speculation but that’s where we’re at. That’s what we’re working on at this point in time, and we’ll obviously revise those timelines as we see what happens in parliament with the Electoral Commission Amendment Act bill.

On the key takeaways from the 2021 local government elections:

The DA is a federalist party, the Freedom Front is a federalist party, the IFP [Inkatha Freedom Party] is a federalist party. Then we’ve had all of these smaller local ones up in Cederberg, the Cederberg party CEFRA; we’ve seen ICORSA do well. We’ve seen the Patriotic Alliance [win against] the regional party but they’re a special interest party in terms of the coloured vote, the Cape Coloured Congress. We’ve seen several residents’ association groups have done well. If you put this together, 65% of voters in this election in the Western Cape are voting for parties that support something other than the unitary state. They want more devolved power, they want federalism or they want independence.