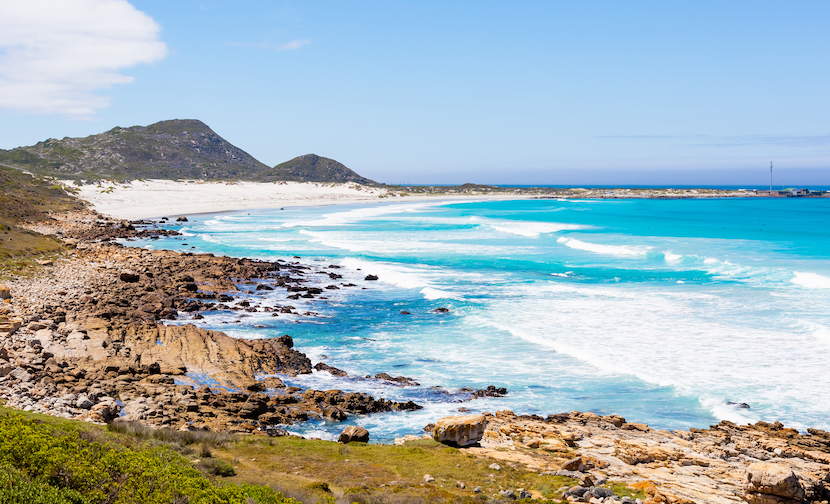 Old Hernus Kriel (the last NP Premier of the Western Cape), would be rolling in his grave with self-justified mirth at the conclusions of this post-local government election forward-looking analysis. As the loudest Western Cape voice in my political reporting time, Kriel flew the Cape succession flag high in the latter years of his tenure (1994 –1998), giving us many an ‘outrageous’ headline in the then-respected Cape Times. Today, executive member of the Cape Independence Advocacy Group (CIAG), Muhammed Yusuf Heylen, would baulk at such a bedfellow were Kriel above ground, but then things have reached a pretty putrid impasse. Writing in the Daily Friend, Heylen confesses that his optimal SA reg-ruk scenario in the troubled North is highly unlikely – DA/ANC alliances. Yet, in each of his three very plausible scenarios, Cape independence features prominently; him concluding that succession may be essential to avoid being part of a failed State. Ja, Oom Hernus. Not so outrageous now, ne’? This article first appeared in the Daily Friend. – Chris Bateman

LGE2021: A perspective from the Cape

The hurrah is done, the dust has begun to settle.

The local government elections of South Africa – along with the July riots of 2021 – have been one of the most significant political events since the dawn of democracy 27 years ago. The ANC has finally lost its momentum from the ‘liberator effect’ and is below 50% for the first time.

This is highly unusual in the African continent where liberation movements tend to have absolute power for far longer.

It is not unexpected, however, considering the context that South Africa finds itself in: unemployment – according to Bloomberg – being the highest in the world, persistent inequality with South Africa consistently ranking in the top five countries for inequality (as measured by the Gini coefficient), a population that is getting poorer as seen with the decline in GDP per capita in the country with the last measures in 2020 being lower than those of 2011 and finally, the state’s debt levels are the highest since the world wars (leaving little room for large-scale state intervention).

We must note, however, that outside of the Western Cape, KwaZulu-Natal, and Gauteng the ANC remains the dominant political player. In the Western Cape the ANC’s overall share of the vote declined from 26.2% in 2016 to 20.4%, with Cape Town remaining firmly in the hands of the liberal opposition.

A noticeable development in the Cape’s political landscape is the surge of pro-autonomist /separatist and localist movements. Openly secessionist parties secured well over 5% of the provincial vote and localist parties such as the Cederberg First Residents’ Association and the Independent Civic Organisation of South Africa dealt major blows to the establishment parties within their region. We may thus see coalitions between the Western Cape’s traditionally liberal base and these localist/autonomist parties in the rural regions of the province. For example, the FF+, an openly secessionist party, could potentially give the DA control of between six and ten councils. The Cape’s politics are thus completely distinctive from those recorded nationally.

Ironically, of greater importance to the Cape’s future is the development of the political landscape within the North – due to the centralised nature of the South African state. What occurs here will lead to a realignment of national politics in general.

My analysis will look at the potential consequences of the local government elections specifically in the formation of coalition governments in the metropoles of the North (Gauteng and KwaZulu-Natal):

In this scenario, the big three political parties fail to reach any sort of agreement in forming coalition governments in the metropoles of Gauteng and KwaZulu-Natal. This will result in smaller parties coalescing around either the DA or ANC in the formation of minority governments (with perhaps the exception of Tshwane) in all the major Northern metropoles with hung councils.

Minority governments are notoriously unstable, as has clearly been seen in the last few years of Gauteng politics. The political instability will not be conducive to effective administration. We can likely expect the slow continual decline of local government within the North.

On a national level, this will also mean the continued non-cooperation between the big three, and politics nationally will look very much as they do now. Hence, without  much-needed major reform, South Africa will probably continue its slow steady decline over the next few years, with greater instability (as seen in KwaZulu-Natal) slowly becoming the norm.

Consequently for Cape politics, the Cape Autonomy movement will continue its path of growth. Expect the Western Cape’s government to continue to push for more and more local power. However, as time passes, it will become more and more obvious to Kapenaars that South Africa is beyond saving. To protect us from living in a failed state, independence will become an absolute necessity.

In this scenario, the ANC and EFF agree to form coalitions throughout governments in the North. Julius Malema has stated that a non-negotiable condition for partnership in a coalition would be the adoption of a more radical expropriation without compensation bill by Parliament, as well as the nationalisation of certain sectors of the economy. An ANC-EFF alliance will likely see the moderate wing of the ANC losing influence over ANC policy. We can expect the ANC to start adopting more radical policies (NHI, EWC, nationalisation) both to please the EFF and to attempt to win back support of the EFF voting bloc before the 2024 elections.

These policies (which have historically been shown not to work in middle-income countries such as South Africa) may lead to the acceleration of capital flight and disinvestment from South Africa. We can expect unemployment to increase and  further economic turmoil. Instability will come sooner than later.

Here Cape Independence will become an absolute necessity in the short term to protect Cape society from the failing national state. We may even see the DA adopt Cape Independence as an official position, having realised that ‘saving South Africa’ is no longer possible.

In this scenario, the DA and ANC form coalition governments throughout the North and the ANC forms coalitions with the IFP in KwaZulu-Natal specifically. This will naturally come with protestations from factions within both camps. However, even if these parties’ more hard-line factions form their own political movements, this new axis of moderates will become the largest political bloc within South Africa.

Locally in the Northern metropoles, this axis will likely lead to increased political and governmental stability. We can expect to slowly see the improvement of service delivery in these areas, with each member of the pact being able to hold the other to account. This will signal a fundamental shift within South African politics; it could signal the beginning of a broad coalition to save ‘Project South Africa.’

Cooperation between the moderate faction of the ANC and the DA – and the centre-right, pro-federal Inkatha in KwaZulu – would hopefully result in the reformist wing of the ANC being strengthened on a national scale. We may see the slow revival of the South African project, likely with greater decentralisation as a major component.

For the Cape, this would mean that to insulate itself from future ‘bad national apples’, the continued drive for devolution is necessary but, on a reduced scale. Kapenaars would likely still want decentralisation, albeit the Cape public would likely favour less drastic solutions than secession.

I pray that the ANC-DA scenario happens; ultimately.  I – and I know many of my colleagues at the CIAG would agree with me on this – am a reluctant separatist. I don’t want to see the decline and suffering that is becoming endemic to South Africa. If such an axis emerges, I would cautiously celebrate it.

Unfortunately, I have my doubts and expect the status quo of non-co-operation to continue. The hostility between the big three (especially the DA and ANC) is very much embedded into their respective identities. It remains to be seen if these two can set aside their differences and work towards a common future.

The ANC-EFF alliance is the one I fear the most. I think that this is (unfortunately) more likely to occur than the ANC-DA axis, due to the EFF being effectively a spin-off from the ANC – and thus having a spiritual bond with it – and as its ideology is very much more closely aligned to that of the radical wing of the ANC.

Ultimately, whatever the case may be, Kapenaars must be ready to respond to these political developments – for the sake of our friends, family, and community.