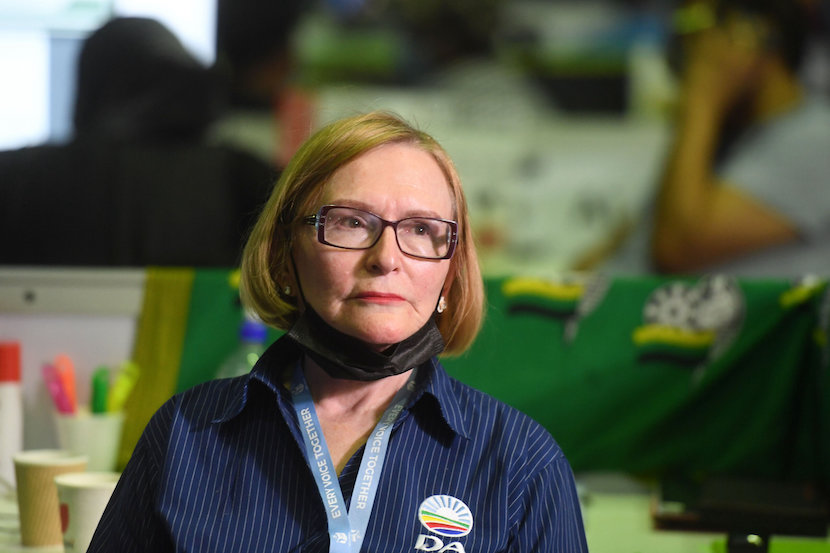 Helen Zille, federal chairperson of the DA was a keynote speaker at the BizNews conference in the Drakensberg at the beginning of March 2022. She discussed South African politics and the war of ideologies within the ANC and the country as a whole.

Zille, never a shrinking violet, told delegates that trying to paint a picture of where South Africa is going politically in a 20-minute talk, is “a hell of a tall order”. However, rather than having a crystal ball, she says her duty in politics is to spot trends, to see where the forces are driving our society, and then try to move those forces in the right direction.

“We certainly aren’t victims of history, we shape history.” But it is good to understand where the forces driving the society are leading it and then it’s critical to know where you have to put your lever and position your fulcrum to move it in the right direction. She went on to quote the Greek mathematician Archimedes who said, “Give me a lever long enough and a fulcrum on which to place it, and I shall move the world;” levers and fulcrums being the strategy for 2024.

Zille’s overriding message (uploaded in a video on YouTube) is that in the upcoming elections, the ANC will likely be pushed below the vote, demanding coalition politics at a national level. Who will partner with the ANC remains to be seen.

The ANC pushed out of an outright majority may be the DA’s lever-and-fulcrum moment. “The DA versus the EFF. That is the fight for South Africa’s soul. That is the battle for the future,” says Zille.

BizNews community members shared their views on Helen Zille’s powerful address. She calls a spade a spade, and the community applauds that. The YouTube video alone has received over 11,000 views and over 150 comments. 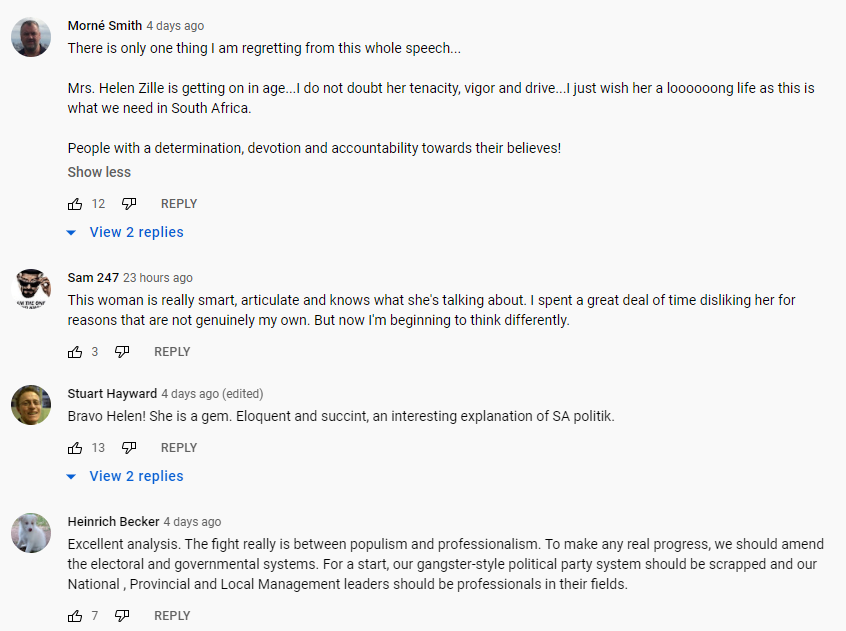 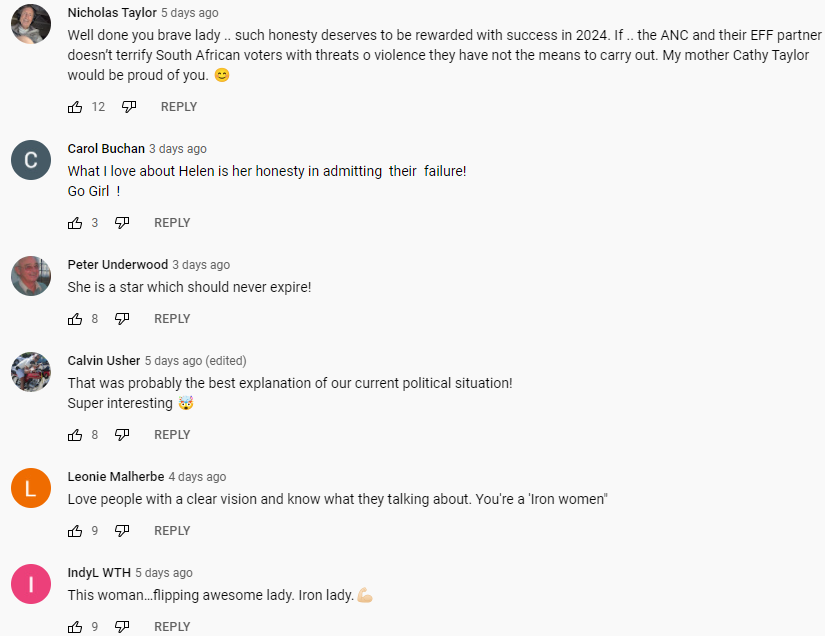 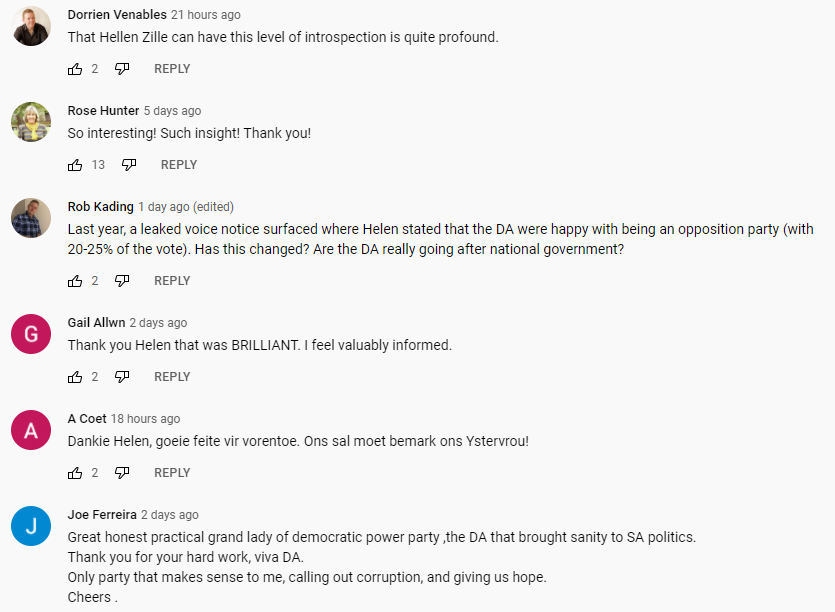 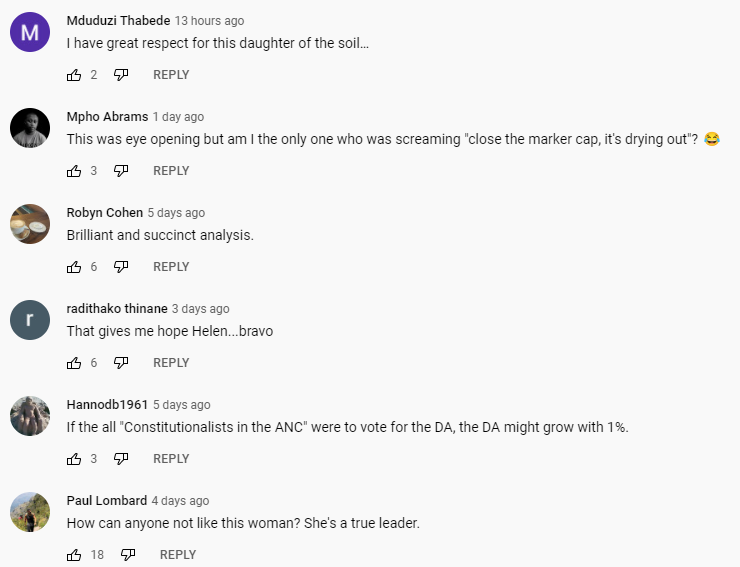 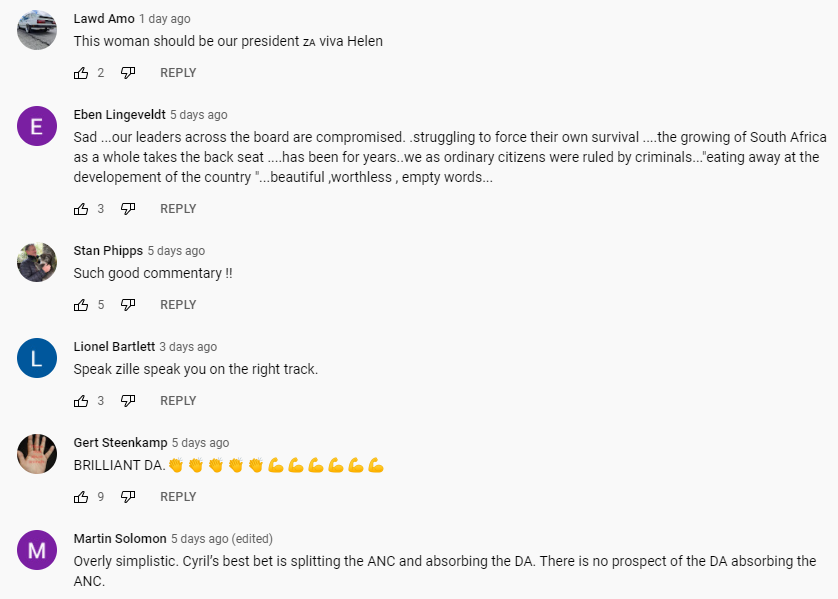 However, some say Helen Zille’s party is no different to the ANC. 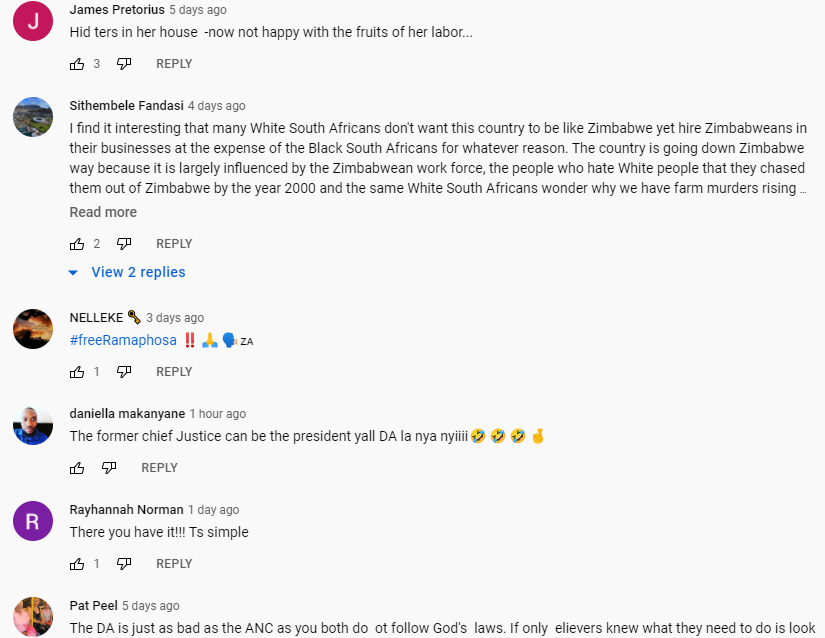 The ANC’s popularity has declined dramatically over the past 15 years. All indicators point to the fact that the leading party is expected to dip below 50% for the first time in a national election. Time will tell which strong leadership will rise and take up the baton for South Africa’s positive change.