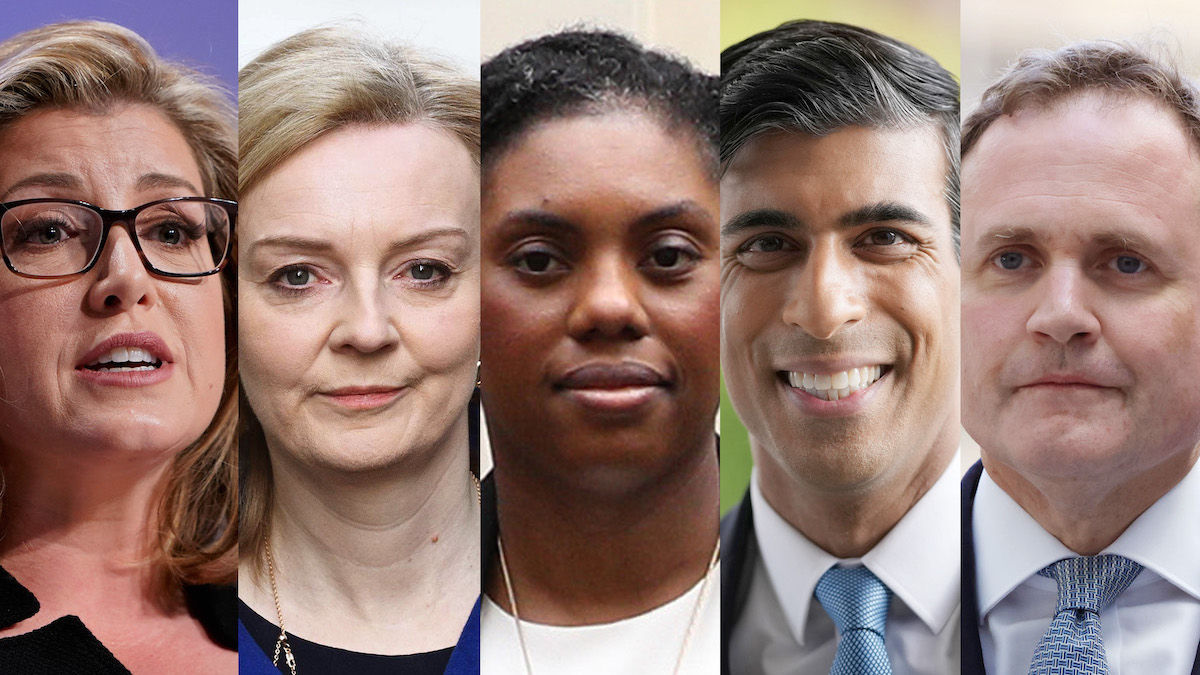 Simon Lincoln Reader argues that Britain has no shortage of “white liberal wankers” who can’t deal with the notion of successful second generation immigrants, and who attack black people for not being ‘their’ kind of black people because they are not angry, violent and protesting. He says the fact that Kemi Badenoch refuses to conform to this stereotype enrages them – hence the increasing flurry of racist insults – and says it’s why she’ll ultimately lose in the race to become the next British prime minister. – Sandra Laurence

I wish Kemi Badenoch would be the new Prime Minister

Kemi Badenoch is a great woman but she will unfortunately lose in one of the next two rounds of the race to succeed Boris Johnson. Eventually, the new British Prime Minister will almost certainly be the candidate whom influential ex-party forces shoehorn into office – I won’t mention these members of the predator class, but you know who I’m talking about. I really don’t want Penny Mordaunt or Rishi Sunak for reasons I’ll make clear in the coming weeks.

I’m currently in America, where, ahem, “Dr” Jill Biden has tried to best her husband in articulating the lack of self-awareness these idiots have always been renowned for. “Latinos,” she remarked this week, “are as unique as breakfast tacos”. It felt a bit like my adopted home in the UK, as when I’m there I love nothing more than watching privileged white middle class liberal London wankers attack black people for not being *their* kind of black people – for not kneeling, being poor or setting buildings on fire. This kind of despicable moron wants black people angry, violent, protesting or claiming they cannot tell you what a woman is. The fact that Kemi Badenoch refuses to conform enrages them – hence the increasing flurry of racist insults.

In January this year, BizNews’ Nadya Swart and I sat in Cape Town discussing a seldom spoken-about phenomenon in Britain: the remarkable rise of second generation African immigrants in the UK – from Nigeria, Kenya, Ghana and Zimbabwe. In education and employment, this group is beating the others, including those from the Caribbean and the Asian subcontinent and most interestingly, white British kids, who are frequently schools’ worst performers. Particularly in tech, young Africans in London are some of the most visible. Kemi emerged as one of the stars of this group, and there are many, many more behind her – increasingly intolerant of the left’s claim to their lives.

For a time Kemi lived in Nigeria without any running water. She returned to England aged 16 and started working her ass off, receiving a degree in computer engineering, working for the private bank Coutts, then managing the Spectator magazine’s digital identity. She married a white dude called Hamish and had three kids. Ah, the likes of Adriaan Basson and Max du Preez and the morons at the Daily Moron will sneer – so this is how she became a white supremacist.

Britain has no shortage of Bassons and du Preezs and morons. The white liberal wanker axis sausage creamery there features a man called Jolyon Maugham, an expensively educated barrister who grifts money from the public to take the government to court, loses, then returns to grift for more. Maugham made an offensive remark about another candidate of colour, the Chancellor Rishi Sunak – then had to be told to delete it as it was offensive (these really are the stupidest clever people you’ll ever encounter).

For those to whom the world was revealed in the last two years, we didn’t get our candidate – someone who didn’t vote for vaccine passports, who can tell you what a woman is, who won’t let shady unelected organisations “infiltrate” government – who’ll tell a certain creepy hawker of shitty office software to get bent when he arrives in his private jet to sniff around. There’s no one to de-throne the Archbishop of Canterbury who has destroyed a generation’s spiritual metabolism – no one to sack woke doctors who write “climate change” on the death certificates of patients with co-morbidities who’ve suffered from heat stroke. I do not know of any man or woman in Britain courageous enough to tell the country what is wrong with it.

Perhaps in the future Kemi will be PM. But the importance of her candidacy now should not be underestimated as a powerful signal to all kids of African heritage in London: ignore the confected grovelling of your white social just warrior teachers. Look at Kemi and do your homework.