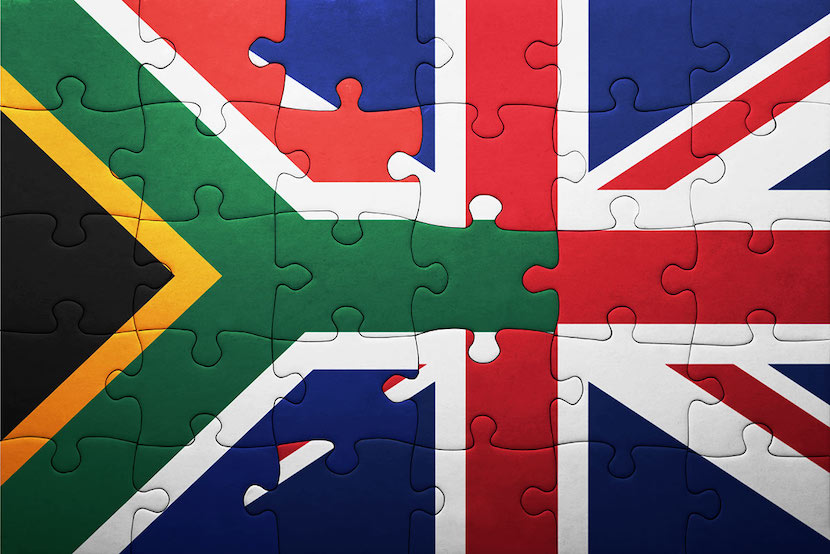 In February this year, the UK government took the decision to shut the Tier 1 investors visa route into the country, more commonly known as the ‘golden visa, citing security concerns. It was effectively closing the stable after the horse had bolted, however, as the visa that allowed wealthy foreign investors with at least £2 million in investment funds to fast-track residency was used to funnel dirty money into London. Mishal Patel from Sable International told BizNews that there are other new routes for South Africans wishing to gain UK residency or citizenship, including a new innovator visa. Added to that, Patel said historic wrongs in terms of discrimination have finally been removed from UK nationality law, which could lead to thousands of people in South Africa being able to claim British citizenship through their UK-born grandmothers. – Linda van Tilburg

The investor visa which was a £2 million option has been dropped. There has not been anything to replace that. We don’t currently have a cash investment visa where you don’t have to work or raise a business.. So, it’s just a waiting game to see whether they’re going to reintroduce it at some point. In another category, there is the innovator visa. The Innovator visa, as the name suggests, has to do with bringing a new idea into the UK, having seed capital of a minimum of £50,000 and getting the idea and the business plan endorsed by a third party that’s been approved by the UK Government or the Home Office. What that allows is the person relocating not just to raise that business, but to get three- years’ worth of UK residency. At the end of the three years of UK residency, they get a shot at permanent residency, which is what we call ‘indefinite leave to remain’.

I have some examples I can share. We’ve got someone in South Africa whose background is engineering, and they found a niche market in which they are the only one of two people in the world that engineer certain parts that form part of a factory setting. You’ve got to form the part, install it, and then also train someone on how to use that part in a factory setting. They want to bring that[idea over to the UK as a business. Now that’s never been heard of here, although those factories do exist in Europe.

Then you’ve got someone in South Africa or wherever else who has got the capital but doesn’t really know what they want to get into. They have done a few things in their life, entrepreneurial in every sense, but they don’t actually know what they want to get into. So, they can approach us, and they can say, ‘Well, look, we don’t know, but we’ve got the cash. We want to move to the UK, and we do think we can contribute to the society there and also the business. Here is what we’re interested in.’

What we do here at Sable International is we’re partnered with another firm here based in London and they have a library of UK start-ups looking for foreign investment. So, they do the matching. We get the visa for the person that’s been matched up in terms of the Innovator visa. We can’t say at the moment who the company is, because it is still in the works, but it will be announced on our website soon.

Not everyone has a right to claim British nationality. So, you have to think, what are the products out there for these South Africans who are on their way to retirement to come into the UK. And here is one category they could use. You obviously have other categories. There is something similar –  The Start-Up visa which is ‘if I don’t have a business plan, but I have capital, I’m not sure if my idea is going to work; I can use a start-up visa,’ but that doesn’t lead to settlement, and you’ve got to switch into the Innovator visa category anyway. Then you have the Skilled Worker visa; again I notice when meeting people in South Africa, all the younger crowd, your 20 somethings who’ve just come out of university to about 35 – young adults – that demographic are probably the ones that would benefit from a Skilled Worker visa. But that attaches you to one company and it’s difficult to then move within the UK and market yourself.

I just want to touch base on another topic that is affecting people – the enactment of a new section in the law. So, the law I am specifically talking about is the British Nationality law in the UK, and that has changed quite significantly in my opinion. These new rules that have been added are directly leading to claims that didn’t exist before. So, these are claims to straight British nationality without the person coming into the UK at all, just by having a certain type of ancestry, basically.

The law came into force on the 28th of June, so it’s very recent. Now, one of the things it has led to is opening up claims down the maternal line, which has never been opened up in this manner, in my opinion, before. By that I mean, if you had a grandmother born in the UK, your mother was say born in South Africa in the fifties or sixties, and then you were born in the sort of late 1980s; usually, I would say to such a person, “sorry, no direct British nationality claim. Had it been your grandfather who was born in the UK, absolutely, yes, but not, because it’s your grandmother.” And you wouldn’t believe it but those were the rules. It is a historic wrong in terms of gender discrimination.

In the past, I would say to that person on the Ancestry Visa, you could come to the UK for five years and in six years you can naturalise, but it will cost £10,000 and you might get a British passport. Whereas now, from the 28th of June, someone in that exact circumstance can apply for registration under special circumstances, which is the UK’s version of a discretionary provision for adults. So, we can now put forward an application to tell the Home Office in the UK that this is why our adult should be given birth citizenship at their discretion and why. One of the reasons that the law change covers is gender discrimination, which is: Would this client of yours be British had the law been entirely gender-equal going back as far back as you want to go really. So, it takes a little bit of knowing what the historic law or injustice was then to formulate an argument.  But I think it’s going to open up claims for thousands of people in South Africa, which is why we are going to be in South Africa to see people at the end of October, towards November.

Mishal will be visiting Johannesburg, Pretoria, Durban and Cape Town as part of the Sable International Global Citizenship and Emigration Expo from 27 October to 9 November. Book a consultation with Mishal and his team or come for a casual chat at their stand.