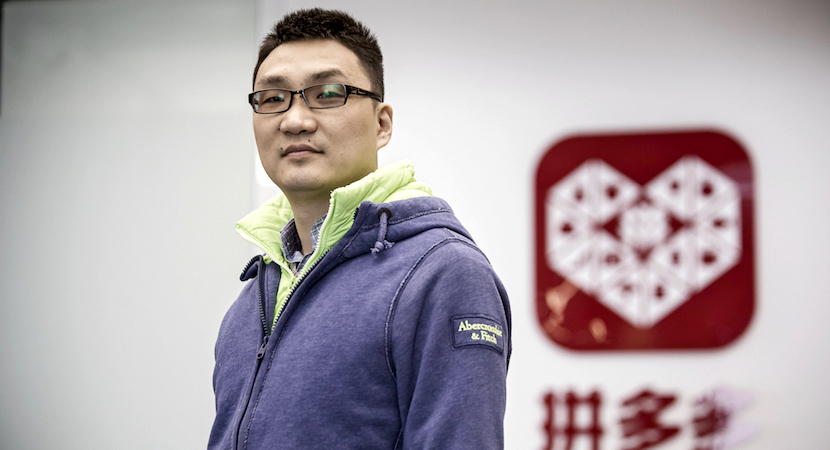 JOHANNESBURG — Many people reading this post might remember a company called ‘Groupon’. I speak of Groupon in the past tense, because even though it still exists today, its market cap has shrunk for a peak of $16bn once to around $2.5bn. Groupon also shut down its South African service in 2016 amid flagging demand. Group buying, as a concept, has largely proven to be challenging as businesses struggle to make margins while consumers quickly get bored. But in China, the concept of group buying has been reinvented by a Tencent-backed company called Pinduoduo. And Pinduoduo could launch a mega IPO soon, making it interesting news for Naspers’ investors out there. – Gareth van Zyl

Pinduoduo Inc., the Chinese e-commerce operator backed by Tencent Holdings Ltd., plans to raise as much as $1.6 billion in a US initial public offering to bankroll a fight against rivals like Alibaba.

The Shanghai-based firm is offering 85.6 million American Depositary Shares at $16 to $19 apiece, it said in a stock exchange filing. Tencent, the leader in Chinese social media and gaming, and existing shareholder Sequoia Capital both expressed interest in buying $250 million worth of stock, the company added.

Known as PDD, Pinduoduo became one of China’s fastest-growing startups by creating a sort of Facebook-Groupon mashup that challenged the e-commerce duopoly of Alibaba Group Holding Ltd. and JD.com Inc. It popularised a format where people spot deals on products from fruit and clothing to toilet paper, then recruit friends to buy at a discount. It can offer savings of up to 20 percent on market prices by letting consumers buy directly from manufacturers, cutting out middlemen and advertising.

Founded by ex-Google engineer Colin Huang, the three-year-old startup is said to have targeted a valuation of as much as $30 billion, putting it on par with the likes of on-demand services giant Meituan Dianping. Based on its filing, PDD would be valued at about $21 billion after the IPO. Huang himself, who launched his career in Silicon Valley before returning home to become an entrepreneur, could amass a net worth north of $8.3 billion based on his post-IPO holdings – within striking distance of JD founder Richard Liu’s $8.8 billion, according to the Bloomberg Billionaires’ Index. PDD had no immediate comment.

PDD, which has yet to turn a profit as it ramps up marketing across the country, is one of the biggest among a number of ambitious but loss-making tech companies turning to public markets this year for much-needed cash.

“PDD’s strength is really the steep price discount but if you don’t have that – and you have to phase that out to generate profits – then what happens to the customers?” Kim Eng Securities analyst Mitchell Kim said. “They’re trying to take advantage of the high global tech valuations,” he added. “But as you have an influx, more and more investors will be looking for quality and will be much more discerning.”

PDD said Monday it’s handled 262.1 billion yuan ($39 billion) of transactions in the 12 months to June for more than 300 million active buyers. That sort of growth helped its valuation jump about 10 times in an April fundraising, people familiar with the deal said at the time. It’s reported a tripling of revenue to $278 million in 2017, though losses rose 55 percent to $79.5 million.

“As our three-year-old platform is still burgeoning, we know we face many obvious challenges and uncertainties ahead,” Huang said in a letter to shareholders. “The pursuit and focus of our long-term vision and intrinsic value may not always translate into near-term profits.”

Huang used his knowledge of video gaming to turn PDD into a new experience for users. The app has the feel of a game, with colorful photos and hidden bargains. But while early success was driven by viral popularity, recent user growth has required more traditional advertising, such as the poppy commercials that ran during expensive World Cup slots. It remains heavily reliant on Tencent’s WeChat messaging service for traffic. Sales and marketing expenses ballooned to 1.22 billion yuan in the three months ended March from just 73.9 million yuan a year earlier.

Besides its reputation for low prices, PDD has benefited from a large base of users in poorer cities and rural areas. Its daily active users surpassed that of JD in January and reached 55.9 million in June, according to research from Shenzhen-based consultancy Jiguang. Alibaba’s Taobao app had 172 million daily active users and JD 34.3 million, it said.

The e-commerce startup however pointed out several risks to its business model, including the potential damage from counterfeits on its site – an endemic problem in Chinese e-commerce. PDD’s rapid growth has led to cases of botched deliveries and damaged merchandise, prompting complaints from unhappy customers. It uses penalties to punish merchants for infractions from selling fakes to slow deliveries, which causes angst among sellers. And the bulk-buying business model has waned elsewhere, most famously with Groupon Inc.

Larger rivals JD.com and Alibaba have also been lowering prices and speeding deliveries to remain on top, a factor that will maintain pressure on PDD’s bottom line.

“They definitely need funding to support the business growth,” Gartner research director Sandy Shen said in an email. “In the case of Pinduoduo, they are spending a lot in user acquisition, discounts, promotions and new capabilities development, and they are not making money yet.”