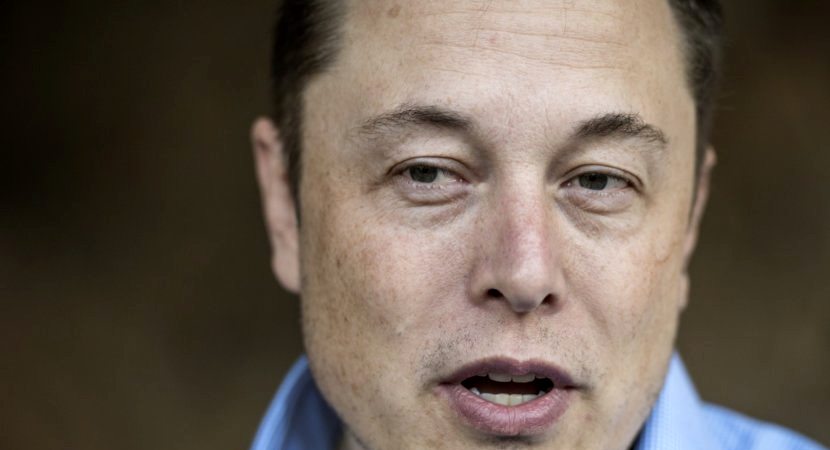 EDINBURGH — Elon Musk has enjoyed enormous success, establishing himself as a business pioneer with ambitions to conquer space and save the environment. Lately he has given Donald Trump a run for his money in the Twittersphere, hinting that he approves of drug-taking and insulting the Securities and Exchange Commission (SEC) at the expense of his Tesla shareholders. There have been whispers that a sleeping tablet might have got the better of Musk, stirring up his bizarre, unpleasant behaviour. Although Tesla shareholders would like Musk to stop Tweeting, Musk has hinted that he has only just started poking the SEC bear. – Jackie Cameron

(Bloomberg) – Another day, another tweet storm from Elon Musk that has the potential to cause major problems for Tesla Inc.

Musk went into overdrive late Thursday with more than a dozen tweets targeting the Securities and Exchange Commission and short sellers within five hours. Less than a week after settling a lawsuit with the SEC, he mocked the agency by referring to it as the “Shortseller Enrichment Commission” and sarcastically quipped that it was “doing incredible work.”

The tweets may imperil a deal struck with the SEC on Saturday – which isn’t final – that bars Musk from serving as chairman of the carmaker for three years as punishment for problematic posts he sent about taking Tesla private. As part of the deal, the company also has to implement procedures and controls to oversee Musk’s communications, including his social media missives.

“At the very the least, they can read the riot act to Musk’s lawyer,” said Stephen Crimmins, a former SEC enforcement lawyer who’s now a partner at Murphy & McGovern. “Beyond that, if they feel he hasn’t lived up to his deal, they can theoretically seek to pull the settlement.”

The posts may test the boundaries of Musk’s agreement not to deny wrongdoing and risk reviving stiffer forms of punishment. Last week, the SEC sought to prohibit him from serving as an officer of a public company. A federal judge still has to decide whether the penalties levied against the CEO are appropriate.

“Reading the mind of Elon Musk is beyond my ability, but he is soon to join the SEC in front of a federal judge to defend the recent settlement agreement,” said Stephen Diamond, an associate professor of law at Santa Clara University, who specialises in corporate governance. “If he doesn’t want to put that deal at risk, he ought to pay attention to cars instead of Twitter.”

Musk also dragged BlackRock Inc. into his long-running dispute with short sellers, claiming that the fund manager was reaping heavy profits by lending shares they hold to this group of investors. Representatives for BlackRock in London weren’t immediately available for comment. The company held about 3.8 percent stake in Tesla as of the end of June, according to data compiled by Bloomberg.

Just want to that the Shortseller Enrichment Commission is doing incredible work. And the name change is so on point!

Just over an hour later, he followed up with replies to a concerned follower, seeking to reassure him of Tesla’s long-term prospects:

Hang in there. If you are truly long-term, it will be fine.

Musk continued his tirade against short sellers by sending out another inflammatory post at 5:40pm calling for their activities to be outlawed. He later reiterated his stance in a separate post that garnered more than 9,400 likes.

Exactly. Short-sellers are value destroyers. Should definitely be illegal.

At 6:52pm, he replied to a tweet he originally posted in 2012 in which he said he would “defend the right of shorts to exist” and that they were “often unreasonably maligned.” This one clocked close to 8,500 likes.

The SEC, whose @SEC_News Twitter handle has about 251,000 followers to Musk’s more than 22.8 million, is also active on the messaging service but has refrained from posting about Musk or Tesla since last weekend’s settlement.

The agency accused Musk in its Sept. 27 complaint of misleading investors with his infamous Aug. 7 tweets about having the investor support and “funding secured” to take Tesla private.

In court papers and at a news conference, the regulator went to great lengths to spell out Musk’s carelessness and erratic behaviour, highlighting his threat earlier this year to “burn” investors betting against Tesla stock. The SEC also alleged that Musk rounded up the buyout price for Tesla to $420 a share to amuse his girlfriend at the time with a marijuana-culture reference.

Musk agreed in the settlement to pay a $20 million fine. Tesla was hit with the same penalty and has to add two new board members, plus appoint an independent chairman.

“I’m shocked,” Charles Elson, director of the John L. Weinberg Center for Corporate Governance at the University of Delaware, said of Musk’s attack on the agency. “It’s only inviting the SEC to rethink the settlement. And it’s going to make it much tougher to attract independent directors to join the board.”