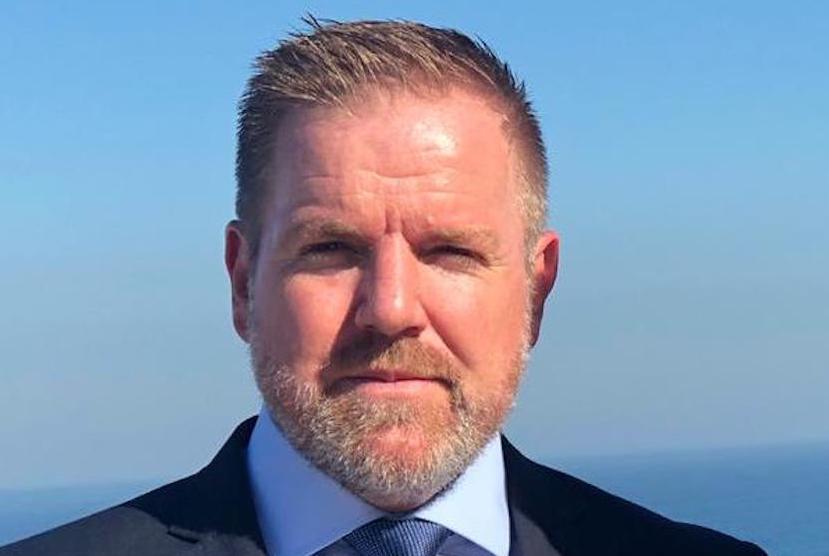 In 2016, Steinhoff bought Tekkie Town from founder Braam Van Huyssteen for R3.2bn – paying with Steinhoff shares which imploded the following year. This week, Tekkie Town’s former owners launched an urgent application for the liquidation of the disgraced retailer. Bernard Mostert, the former Chief Executive of Tekkie Town, joined the BizNews Power Hour to chat to BizNews founder Alec Hogg about this recent development. Mostert, who maintains that both he and Van Huyssteen ‘judge the act, not the man’, stated that Tekkie Town ‘is marching towards its day in court’.  – Nadya Swart

Bernard Mostert on the chances that Tekkie Town’s urgent application for the liquidation of Steinhoff will be successful:

I think that if we measured our lives and the actions that we know are going to be successful, we’re probably not reaching our full potential. So it’s not about whether it is the right thing to do – because it absolutely is the right thing to do – and it’s easy to get lost in ‘why we’re doing it’. But the reality is that the proposal – as it stands – by Steinhoff is not a good outcome for South Africa. It’s not a good outcome for the vast majority of creditors of Steinhoff. And we believe that there are certain fundamental flaws within the Steinhoff settlement proposal that can be addressed quite sufficiently by South African authorities and a South African liquidator.

On why Tekkie Town accepted Steinhoff shares as payment for Steinhoff’s R3.25bn purchase of Tekkie Town:

It’s very simple and the reason is as follows, so allow me to construct it for you very briefly. We sat on a very fast growing, highly cash-generative zero-debt business in Tekkie Town. We believe, at that stage, that we understood that market particularly well – let’s call it a third party supplier market where you stock brands, etc., and we also understood what the likely market saturation is for the Tekkie Town business.

Within the Steinhoff stable was a business called Pepkor Speciality, comprised of Shoe City, Dunnes, Refinery, etc. And that business had struggled for many, many years. Shoe City moved to what was then Pepkor in 1984. That business had lost a lot of money. There were about 500 businesses in that stable. So, our founder Braam van Huyssteen discussed it with me and said; ‘You know, we can turn this business around – because we understand that space. We don’t understand the Pepkor space and the Ackermans space – but we understand this space, and those 500 stores are not optimised. So, we’re going to put our business into Steinhoff. It’s then going to be merged with Pepkor Speciality. We will take control of Pepkor Speciality. We’ll have 800 stores and then we’re going to do something that we’ve always said to one another – let’s prove to our stakeholders that we can deliver.’

And as a result, we agreed to a three year lock-up for the value that we supposedly got in return for our business. So, that is how our deal was constructed. And frankly, if it was about money for us – and I don’t say it flippantly – surely we would have taken money at the time, but we took none.

On whether Tekkie Town can stop Steinhoff’s settlement deal from going ahead:

I think to some degree, our action is a step to make sure that we’ve put a stake in the ground, that we can continue with our litigation – because what we really want is our day in court. And if you work in very fine detail through the legalese of the settlement proposal, it says, inter alia, that if you accept the settlement – you forgo any right to litigation against Steinhoff and any Steinhoff group company going forward.

Now, our case is against Steinhoff and against Pepkor – who was a 100% subsidiary of Steinhoff on the day that they got Tekkie Town – and we have successfully joined them in our restitution case. So, do we want to simply put a spanner in the works? No. We want to march towards our day in court. And I think if we have our day in court, it will be a better outcome for a few other claimants and also at least address this stain – no pun intended – that’s sitting on corporate South Africa.

On the evidence that there was wide scale fraud at Steinhoff:

It seems so, right? But we don’t know because the PWC report sits behind a blanket that is protected by Steinhoff. The only people that can enable the effective prosecution of whomever was responsible for this – and they’ve already identified Markus [Jooste] as one of those individuals – is in the hands of Steinhoff. And it could come out through a s417 enquiry.

I think the PWC report might show us a lot more things that we don’t know, and I’m very interested in that. So, I’m not in any way suggesting that there wasn’t fraud. There certainly was fraud – the company’s already admitted it, the company has identified at least six or seven individuals that participated in that. And we almost had a full house – we had four out of the seven that were involved in our transaction.

But it is a process, and I think that it stands to reason that it must be heard. And if you look at the settlement proposal as it stands right now, I genuinely fear that there ultimately may be no prosecution in South Africa at all.

It’s not untrue. Braam does speak to Markus. I speak to Markus, I speak to Ben La Grange from time to time. And I guess the next question is why? And, you know, it’s a sensitive point for me, because it goes to my Christian faith. And I know that people are very often criticised for that, but I’m not and neither is Braam or anyone in our team. We look at that and say; ‘If you had to be full of hatred and full of bitterness, where does it end? Do I now become bitter?’

Two days after the events, Markus went to Braam, he apologised to him. He looked him in the eye, he said, ‘I’ve done something to you that I could arguably never reverse. I’m sorry and you could never forgive me.’ And Braam said; ‘The book that I live by says 70 times seven. But it does not mean that I don’t want justice, so I’m going to pursue my case.’ And that’s the story. And that’s how we feel about all individuals here, you know? So, again, I don’t want to sound grandiose, but we judge the act – not the human being. And Markus did apologise to Braam, he apologised to me and to a few others and so did others within the Steinhoff stable.

In certain ways, it’s being used in a Bell Pottinger way, as; ‘there must have been some form of collusion’. But I must say, there is no version in which you give your R3.2bn business that makes R300m cash a year away, get nothing in return and then somehow you benefited from it. It’s laughable to think about it. So, we’re fine with the character point that we talk to everybody, which we’re not against that.