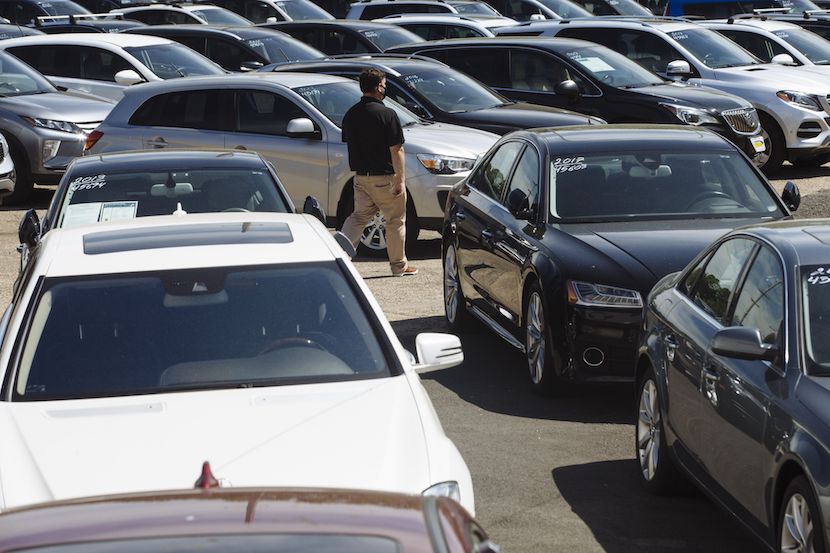 A shortage of semiconductor chips, as a result of the Covid-19 pandemic, has seen a surge in new and used car prices. Some manufacturers have had to stagger production or, in some cases, shut down factories completely. As a result, the motoring industry has taken a knock. BizNews spoke to two industry leaders – Bidvest Automotive CEO Steve Keys and WeBuyCars co-founder, Dirk van der Walt – to gain insight into this global phenomenon. – Jarryd Neves

Steve Keys on whether the semiconductor crisis has affected vehicle pricing:

Absolutely. We are starting to see quite a push on new vehicle pricing as the quarter has just ended. We have received notification from various OEMs of price increases. I must stress, however, that these price increases are not only attributable to the semiconductor shortage. We’ve seen a surge in international shipping costs. There have been shortages of other raw materials; steel, plastic, electrical harnesses and the like. It’s not all attributable to semiconductors but the crisis has played a significant role.

Steve Keys on whether higher prices will remain once the crisis calms down:

There’s likely to be a sustained level of pricing for some time. But as – specifically logistics – costs start normalising, I think there will be scope. There are very few instances where prices will drop but they will probably remain stable for a longer period.

Steve Keys on which countries and regions were worst affected by the semiconductor shortage:

I know China was fairly badly impacted. Most of the countries in the Far East – where quite a lot of componentry is made  –were impacted because of Covid-19 and factories having to shut. Probably the most impacted country was India, where a lot of the cheaper cars emanate from. But pretty much, it’s a global situation. Everybody’s been impacted. There are a number of US-based motor manufacturers that have complained about the impact of the shortages. [Some have] had to close factories or work shorter times.

Steve Keys on whether the shortage has stirred a spike in used car sales:

When the need for transport is urgent, people will migrate from new to used. However, there’s also been an issue with the supply of used vehicles. When the pandemic hit last year, travel was really decimated as a consequence. Car rental companies – which take up about 18% of new vehicle volumes on an annual basis in a normalised system – were forced to rapidly de-fleet and bring the levels of their fleet down. Big companies basically halved the size of their fleets. For the last 18 months, car rental has not been re-fleeting.

As a consequence, the supply of those vehicles – because they’re sold after around 12 months into the retail network – we’ve kind of missed a season, if I can put it like that. Not only have fleet sizes in the car rental industry halved (which is a feeder to retail), but there also hasn’t been a re-fleet. There’s quite a shortage of used vehicles and hence the used vehicles are holding value much more than they would have done historically. We are having to pay significantly higher prices for that stock to keep our used vehicle showrooms full.

Dirk van der Walt on whether local car pricing has been affected by the semiconductor crisis:

Absolutely. My neighbour is an executive at one of the major OEMs. He also shared with us that they are really having problems obtaining new stock from the OEMs. It’s in pockets and particularly with specific brands like BMW and Mercedes, which have a greater problem for the simple reason that luxury models require more chips. People may not realise that a normal car doesn’t have just three or four chips. It’s more like 40 to 120, depending on whether it’s a Corolla or a S600 Mercedes.

But this whole thing that’s happening also has positive consequences in that it sort of revives the second-hand market. For us, the chip shortage is obviously a boon. It’s good for us because we are in the second-hand motor trade. We are sitting with all the chips that are in the existing cars. What I’m saying is, if you want to buy a Toyota bakkie now, you’re going to [have to] wait. For many people, the difference is that they need a vehicle now, so they have to make a plan and buy second hand. Those very same franchise and multi-franchise dealers know that so they have to get stock. And if they can’t get new stock, they have to make a plan and get something else for their client.

WeBuyCars is extremely well-positioned to provide that need. As a result, the price of stock has increased, but it’s limited to the specific needs of franchised dealers. That would be newer stock with very low mileage. On those specific vehicles, they are prepared to pay a premium because of the competition to obtain that stock.

Absolutely. Yes, we have seen an uptick. It is, to a great extent, also as a result of the chip shortage. WeBuyCars has been doing the daily auctions that are permanently on our website and we’ve got more dealers signing up to participate in our auctions.