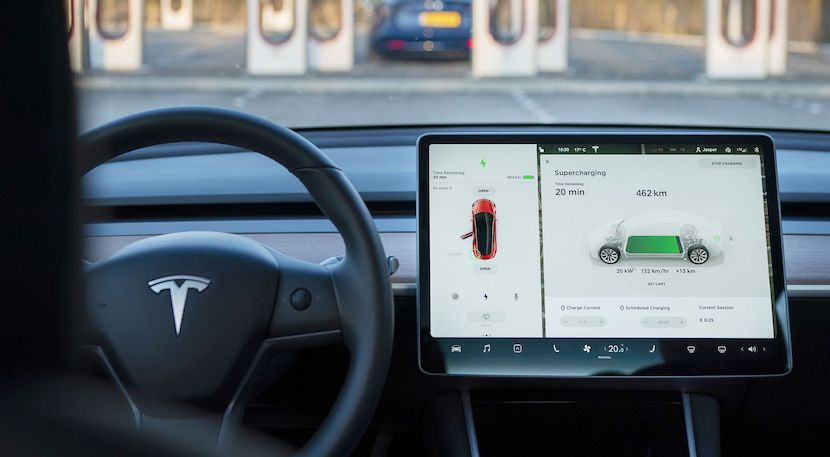 Founded just 18 years ago, no one could have predicted how big (and influential) Tesla would become in less than two decades. Named after famed inventor Nikola Tesla, the electric car brand was the brainchild of Martin Eberhard and Marc Tarpenning.

Through a sizeable $6.5m investment, Elon Musk got involved in the company. Through this, the SA-born billionaire became not only the chairman of Tesla – but its biggest shareholder, too. In 2008 Musk became CEO of the car manufacturer, the purpose of which he describes as helping to move the world toward sustainable energy and transport. The brand’s first car, known simply as the Roadster, saw the light in 2009. The all-electric sports car was a relative success, with nearly 2,500 sold over a three-year period.

Fast-forward to where Tesla is now, however, and it’s a completely different world.

Despite the Covid-19 pandemic – and the resultant economic restraints – the California-based company managed to shift nearly half a million vehicles (499,550), an impressive feat for a niche luxury car brand that isn’t even two years old. But Tesla’s success extends so much further than just providing desirable electric mobility to consumers.

Innovative technology – such as the brand’s controversial AutoPilot – and startling performance (without the immediate environmental impact) appealed to people across the globe. In the US in 2018, the newcomer outsold luxury car stalwart Mercedes-Benz – a brand with pedigree and myriad brand-loyal customers.

However, as the race towards full electric mobility heats up, traditional brands are starting to catch-up to Tesla – but is that the electric vehicle maker’s biggest threat?

No. They’re called Rivian and Lucid.

On the face of it, the two companies couldn’t be anymore different. Rivian, a producer of EV off-roaders, markets itself as a “electric adventure vehicles.” Lucid on the other hand, describes itself as a “luxury mobility company reimagining what a car can be.”

Both companies are on the brink of delivering vehicles, with both squaring up to become Tesla’s biggest competition. Rivian recently announced that its line-up – currently consisting of a luxury SUV and a pick-up truck – has been approved for sale in all 50 American states.

A lot to still prove out here for sure, but the Rivian team is world class, and @RJScaringe is one of the greatest entrepreneurs I’ve ever met.

In August of this year, Rivian filed for an IPO which is scheduled to go public in November. This is according to Bloomberg, who noted that “should Rivian go public at an $80bn market capitalisation, it would be one of the biggest debuts on that basis this year.”

Amazon founder Jeff Bezos has expressed his support for the company, with the multinational placing a substantial order for electric delivery vans. Dubbed the Rivian Amazon, the deal promises to have 10,000 by 2022 and 100,000 by 2030. It is worth noting that Amazon is a major investor in the car company, with Ford being another big name stakeholder.

Lucid, which is perhaps more of a direct rival to Tesla, has been hailed as the biggest threat to Musk’s brand. Like Tesla, it’s also based in California. Billed as the “longest range, fastest charging luxury electric car in the world” the Air sedan is available in four trim levels, with varying power outputs. The Air boasts impressive power and range outputs, with a theoretical range of 650km between charges. The power rating can rival the most serious of sports cars, with 353kW on tap – and that’s just the base model.

Taking the fight to Tesla’s halo ‘Plaid’ Model S is the Lucid Air Dream Edition. According to the website, the reservations are closed for this special model. Both a performance and range-oriented model are available, for a substantial $169,000. This is significantly more than the Plaid, which retails for a more palatable $129,995. More humble derivatives of each model are available, and are priced competitively.

Aside from the two start-up challengers, Tesla faces increasing competition from traditional brands like Audi Porsche, BMW and Mercedes-Benz. These German premium marques are also preparing for an electric future and cannot be caught doing nothing as Musk’s game changer sets new boundaries and steals loyal customers. The race to electrification is going to be close – and hotly contested.