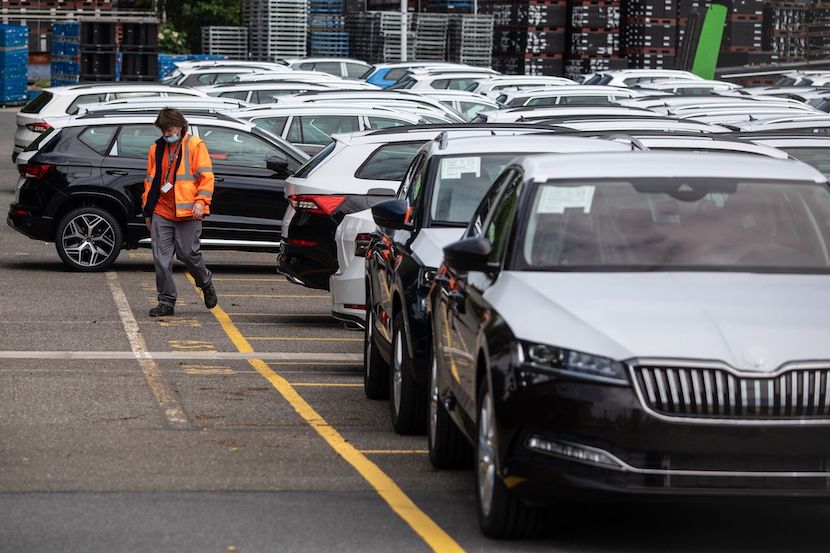 Covid-19 and the global lockdowns that followed have been the bane of many industries. Take South Africa as an example. Stringent alcohol and tobacco bans had severe consequences for the economy. In fact, the illicit cigarette trade is now stronger than ever, with millions (if not more) of tax revenue gone as a result.

Across the world, the respiratory virus was finding even more ways to damage various corners of the global economy. A recent resurgence of the coronavirus in Southeast Asia has forced many semiconductor chip factories to shut. As a result, carmakers have not received supply of these essential chips, which are used in modern day vehicles.

This has caused somewhat of a domino effect. Lack of supply means that car factories — ready to get back into full-swing after Covid — have slowed production or worse, shut down. Even the biggest car maker in the world, Volkswagen, is suffering from the shortage. Its Czech brand, Skoda, has had to stall production from October until year end. This is not only bad news for the company (in terms of sales) but casts a looming cloud of worry over factory workers.

According to Bloomberg, the VW Group’s Skoda will produce a quarter of a million fewer cars than originally planned. The company has had to cancel most working shifts until the end of 2021, with myriad unfinished cars awaiting completion. Here at BizNews, we’ve covered this extensively.

In South Africa, the semiconductor shortage resulted in the considerable rise of new and used car prices. But it’s worldwide. The UK has seen an obscene increase in the price of second-hand motor vehicles. According to Bloomberg, UK car buyers are now likely to pay more for a used car than its new equivalent.

Speaking to Auto Trader UK, writer Elisabeth Behrmann reported that auto dealers are struggling to source vehicles. “Seventeen percent of vehicles no older than a year are now more expensive than their new equivalents.” This echoes sentiments shared by Bidvest Automotive CEO, Steve Keys. In an interview with BizNews, Keys remarked, “When the need for transport is urgent, people will migrate from new to used.”

But surprisingly, it’s not high-end vehicles from Porsche and Mercedes-Benz that are demanding loftier prices than their new compatriots. Auto Trader UK shared that it’s the more popular models — such as the Ford Focus and Kuga — that have shown the biggest increases.

Despite the Covid-19 pandemic, issues in the global economy and the semiconductor shortage, the global premium car segment is still enjoying great success. In July this year, British luxury carmaker Bentley reported its strongest record for half-year sales. The company amassed profits never seen before, with strong sales figures from the US and China creating a €178m profit.

Companies like Porsche are also doing exceptionally well. The legendary 911, essentially the brand’s bread and butter, was outsold for the first time by the Taycan electric sports sedan. Considered to be the Tesla Model S’ deadliest rival, the Taycan, according to Bloomberg, “edged past its stablemate by a few hundred cars in the year through September with 28,640 vehicles sold.” However, the compact Macan SUV remains the brand’s best seller.