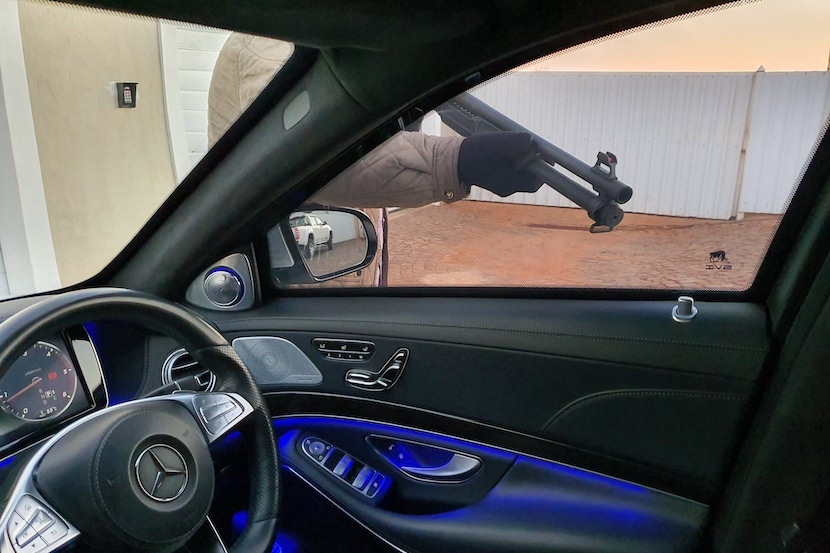 South Africa is known for sunny skies, glorious scenery…and as the hijacking capital of the world. As South Africans become wearisome, many are looking at alternative ways to protect themselves and their assets in crime-riddled SA. Once the reserve of VIPs and politicians, bulletproofing is slowly becoming mainstream. BizNews spoke to SVI Engineering’s Nicol Louw, to gain insight into this growing industry. — Jarryd Neves

On why armoured vehicles are necessary:

We live in a country with quite violent crime. I don’t even have to bring up all the statistics of hijackings, murders and so on. We all live through it on a daily basis. Normally, if you’re a private citizen, you’re safe at home and you’re safe at the office. In-between, you’re not safe. Hijacking has one of the highest crime rates in the world in our country. You want to be safe if you’re travelling and this is what armoured vehicles provide you with, especially if you’re driving in dangerous areas. I drive a lot of armoured vehicles because of my role. Sometimes I drive an unarmoured vehicle and I almost feel naked.

If you drive an armoured vehicle, you can stop at red traffic lights at night, take the shortcut home and keep your family safe. Even brick-throwing and other violent actions that happen won’t impact on your safety. A brick from a bridge, for example, will just bounce off the windscreen. It will still damage the glass, but it won’t come into the cabin. Your ballistic protection is what it’s all about. We need to use very special materials and techniques in order to provide ballistic protection against handguns – which we call the B4 level – and the B-6 level is the highest civilian [protection] you can have without any special permits. That protects against AK 47 and R1 assault rifles.

On whether there’s been an uptick in private citizens wanting to bulletproof their vehicles:

We can definitely see a rise in the need for armoured vehicles. People are feeling unsafe on the roads and need that extra protection. From a civilian side, yes, we’ve received a lot more enquiries regarding how much it will cost to armour a vehicle. A lot of private individuals with the money because it is an expensive exercise [to] opt for that extra level of security. People will ask me now, “Is South Africa so bad that you need an armoured vehicle to drive around?”

On the different types of customers opting for this:

[With regard to the] civilian markets, this will definitely be your high-end individuals, such as business people. We get many enquiries [from] people visiting South Africa from other countries. [There are] some business contracts that state when they come over to South Africa, they’re not allowed to drive around without an armoured vehicle. The security market is massive. If you look at our country now, we all know about cash-in-transit [heists] and the hits on the vehicles. What people miss is that there are other valuables being transported that are currently targeted in South Africa.

This includes trucks transporting cellphones. We have seen trucks delivering meat that have been hijacked. You almost cannot send anything valuable out on the road without support. At the moment, the most popular support vehicles are bakkies. They are [sought after] for security services because they’re robust and they can carry that extra mass of armouring and yard. When you have a truck with valuables out on the road, you will frequently see a support vehicle behind it. Normally, it will be an armoured bakkie with some guards, supporting that load to its destination.

Unfortunately, we are getting to that stage where it’s definitely needed. Security is the biggest market for armoured vehicles. Then there is the mining industry with mining patrols around the sites. With the zama zamas being so active at the moment — who are all heavily armed — you cannot send your guards out to patrol the mine area if they’re not in an armoured vehicle. If you need to protect any sensitive infrastructure, an armoured vehicle [is crucial] because lives are important. We see so many vehicles coming back that were under attack. To speak to the guards who have lived through the attack and realise you have [helped to save] someone’s life is incredible.