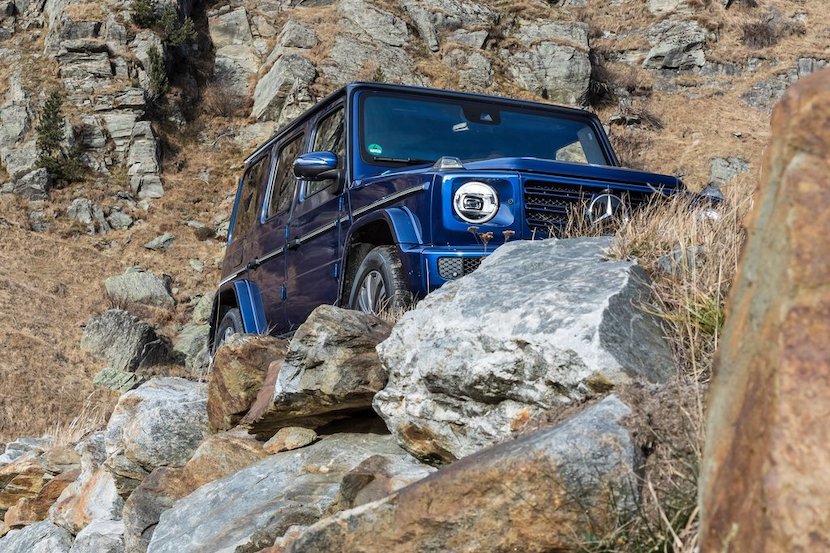 When the SUV gained popularity in the mid-’90s, many speculated the obsession with a high-driving position and chunky styling would be a fad. Expensive to buy, costly to run and plagued with safety issues, early models were embroiled in concerns about rolling over, and slower response times and poorer braking raised issues about passenger protection.

Unlike the sports car boom of the ’50s and the hot hatch fest that was the 1980s, the SUV boom has only accelerated. It’s been 25 years and look … they’re absolutely everywhere. From the small and plucky crossovers (such as the VW T-Cross) to the plush and gargantuan (such as BMW’s X7), buyers everywhere are exiting their hatchbacks and sedans in droves, favouring the perceived safety and chunky styling afforded by off-roaders.

I thought about this extensively last week while I was piloting the rather svelte Audi A5 coupé 40TDI. Elegant, well-specced, comfortable and economical, it’s a superb motorcar. Yet over five days, I saw just three examples but countless Audi SUV’s. Yes, there is the practicality aspect. A coupé can be considered more of a luxury than a usable SUV but what about sedans and hatchbacks?

The traditional three-box sedan is essentially on life support. Take a look at new cars for sale and you will notice the only sedans left are either the cheaper models favoured by e-hailing drivers or premium vehicles. The mid-range – once occupied by the Toyota Camry, Ford Mondeo and Volkswagen Passat – has disappeared. In its place? A range of SUVs and crossovers.

In South Africa, Volkswagen has opted not to sell the regular Golf 8, offering only the GTI and, eventually, R models. The reason is consumers would rather spend a bit more for a T-Roc crossover or Tiguan SUV. The Tiguan dethroned the cheaper Golf and Polo as the VW Group’s most successful model, with over 778,000 sold in 2019 and more than 590,000 units in 2020.

And it’ not only Volkswagen. More premium products such as the Mercedes-Benz GLC also sit at the top of the sales charts. Starting at just over R950,000, the GLC-Class was the brand’s most successful model last year, the Stuttgart-based brand shifting over 320,000 examples. This shows buyers are willing to spend more to have an SUV as the C-Class – on which the GLC is based – is not only cheaper to buy but also cheaper to fuel and better to drive, from a dynamic perspective.

It’s not just the mainstream or premium companies that have seen this shift. Ultra luxury brands – companies that once vowed never to produce an SUV – have buckled under consumer pressure. Lamborghini’s best-selling car is its Urus SUV and it’s the same case at Porsche and Bentley, where the Macan and Bentayga lead the sales charts, respectively. The traditionalists at Ferrari are reportedly working on the Prancing Horse’s first-ever SUV, too.

But what is it about the SUV that drives consumers to abandon other segments? While many will tell you they bought their high-riding family car for its practicality and/or safety, the truth is that a comparable station wagon or sedan offers the same levels of crash protection.

Euro NCAP test results show the Genesis G80 sedan and GV80 SUV both scored 91% for occupant and 88% for infant protection. However, the GV80 scored significantly lower when it came to pedestrian protection; a 66% safety rating compared to the sedan’s superior 77%. What’s more, the G80 is cheaper to buy, faster and lighter on fuel.

According to German broadcaster Deutsche Welle (DW), 40% of all vehicles sold worldwide are SUVs. Giulio Mattioli, a transport researcher, told DW that from a carmaker’s perspective, “it makes a lot of sense to produce SUVs. They’re able to extract higher profit margins from them. It [is] not much more expensive to produce, but they’re able to sell it at prices that are 40% to 50% higher.”

Interestingly, according to some, the real reason we desire SUVs has to do with our survival instincts. Psychologist and marketing expert Clotaire Rapaille told Deutsche Welle,  “SUVs [are] reptilian. It is survival and reproduction. I’m stronger, I’m bigger and I’m more powerful than you. If you [have] a little car and I have a big SUV and we crash, you’re going to die and I’m going to have [to] clean my SUV. The media are projecting this image that the world has never been so dangerous.”

Are you for or against SUVs? Do you agree with Rapaille’s comments? Let us know below or write to me at [email protected]