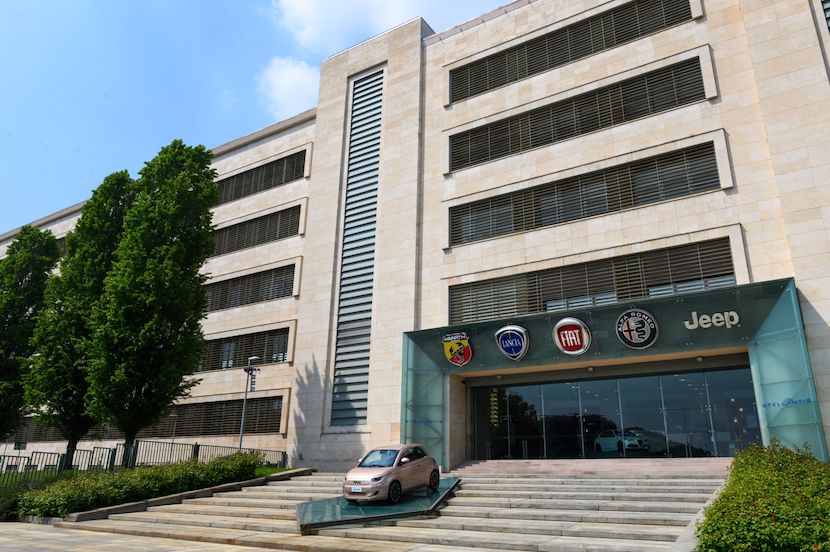 In the ‘90s, studies in the UK showed that if a thrusting young exec entered the premium car segment with a Mercedes-Benz C-Class, there was a very high chance he would stay with the Three-Pointed Star for the rest of his days, upgrading to the E-Class and eventually graduating to the S-Class as he climbed the corporate ladder.

It’s much the same for BMW and Audi customers, scores of loyal customers who have nailed their flag to the mast. They won’t leave unless something really impressive implores them to investigate a brand betrayal. This happened in the early 2000’s, for example, when Mercedes-Benz decided to chase a more youthful market. BMW drivers started looking at Stuttgart’s finest as a serious alternative, not just a comfortable luxury barge for their dads.

Aside from these small instances of jumping ship, many stick with what they know and love. Ironically, sometimes the brands they despise or dislike are sister brands or – in some instances – parent companies of their coveted carmaker.

One of the biggest and most recognised brands in the world, Toyota is known for its reliable and unburstable vehicles. The South African arm of the Japanese company enjoys great popularity with local consumers, boasting a range that appeals to a wide array of people and their needs. To combat the German luxury car trio, the Tokyo-based company introduced Lexus. The premium car brand is wholly-owned by Toyota, with many of its cars part-sharing to keep costs down. The Toyota Motor Corporation also owns a 4.94% stake in Suzuki and is the largest shareholder in Subaru, with a 20% stake in the company. Like Lexus, Daihatsu is also a fully owned subsidiary.

The biggest European carmaker has its roots in the humble Beetle. Originally created to motorise the German masses, the little bug-shaped family car has formed the basis for one of the biggest automotive groups in the world. Over the years, the Volkswagen umbrella has grown, spanning a number of brands. The maker of the Golf and Tiguan SUV owns luxury carmaker Audi. Audi itself is the owner of Lamborghini, which is the owner of Ducati motorcycles.

All of them, however, fall under the VW Group. The flagship brands include Bentley and Porsche as well as Bugatti. Lesser-known brands Seat and Skoda, form part of the mainstream offerings, often sold alongside their VW contemporaries in European markets. By sharing platforms and parts, the group has been able to leverage myriad offerings for its different brands, keeping costs down. A prime example of this is the MLB platform. It underpins several of the manufacturer’s SUVs, including the Volkswagen Touareg, Audi Q7, Bentley Bentayga, Lamborghini Urus and Porsche Cayenne.

BMW, renowned for precision dynamics and sports sedans, has just two brands: Rolls-Royce and Mini. Prior to owning the ultra-luxury brand, BMW provided engines and transmissions to Rolls-Royce for many of its vehicles. The Silver Seraph, for example, used the V12 engine, transmission and even interior elements of the E38 BMW 750iL. In 1998, the British marque was created as a 100%-owned subsidiary, with production of the new line of Rolls-Royces starting in 2003.

Mini was purchased as part of the 1994 Rover deal. BMW bought the struggling semi-premium brand from British Aerospace, which included the Mini brand. Rover was eventually broken up at the turn of the millennium and Mini was retained by the Munich-based brand. In 2001, the brand was completely relaunched as the boutique range of hatches and compact cars we know today. The group also owns BMW Motorrad, the motorcycle arm of the luxury car brand.

The newest of the automotive conglomerates, Stellantis was recently established in 2021. The brand is made up of a number of left-field brands, such as Alfa-Romeo, Lancia, Maserati, DS, Peugeot and Citroën. Other brands include Fiat, Opel, Vauxhall, Chrysler and Jeep, along with a few others. It is the sixth largest motoring group in the world, after Toyota, the Volkswagen Group, General Motors and the Renault-Nissan-Mitsubishi Alliance.

Stellantis, like the VW Group, make judicious use of platform and engine sharing. This enables it to offer a wide range of cars with a smaller development budget. For example, the range-topping Opel Corsa and Peugeot 208 and 2008 all use the same turbocharged 1.2-litre three-cylinder engine. Another example of this is the well-liked Fiat 500. In production since 2007, the platform was used to create a spin-off ‘luxury’ hatch: the Lancia Ypsilon. Sold only in Italy, it was trialled as a Chrysler product in other countries but failed. This was, however, before the Stellantis brand was formed.

One of the oldest companies here, General Motors was founded in 1908 and was the world’s largest automaker between 1931 and 2007. The company, which at one time held over 15 brands, filled for Chapter 11 in 2009. Part of this restructuring saw the brand sell off several of its famed marques, including Saab, Hummer, Pontiac and lesser-known brand, Saturn.

Now with a firm eye on the future, the American conglomerate has a focus on electro-mobility. In South Africa, the GM brand never quite caught on. During the ‘70s and ‘80s it enjoyed relative success, but the 2000s — which saw the brand sell rebadged Daewoos as Chevrolets — killed it off completely and, General Motors pulled out of the country a few years back. Cadillac was briefly offered here locally, but it failed to put a dent in a luxury car market dominated by Mercedes-Benz, Audi and BMW.

Look out for part 2 of ‘Do you know who makes your car?’