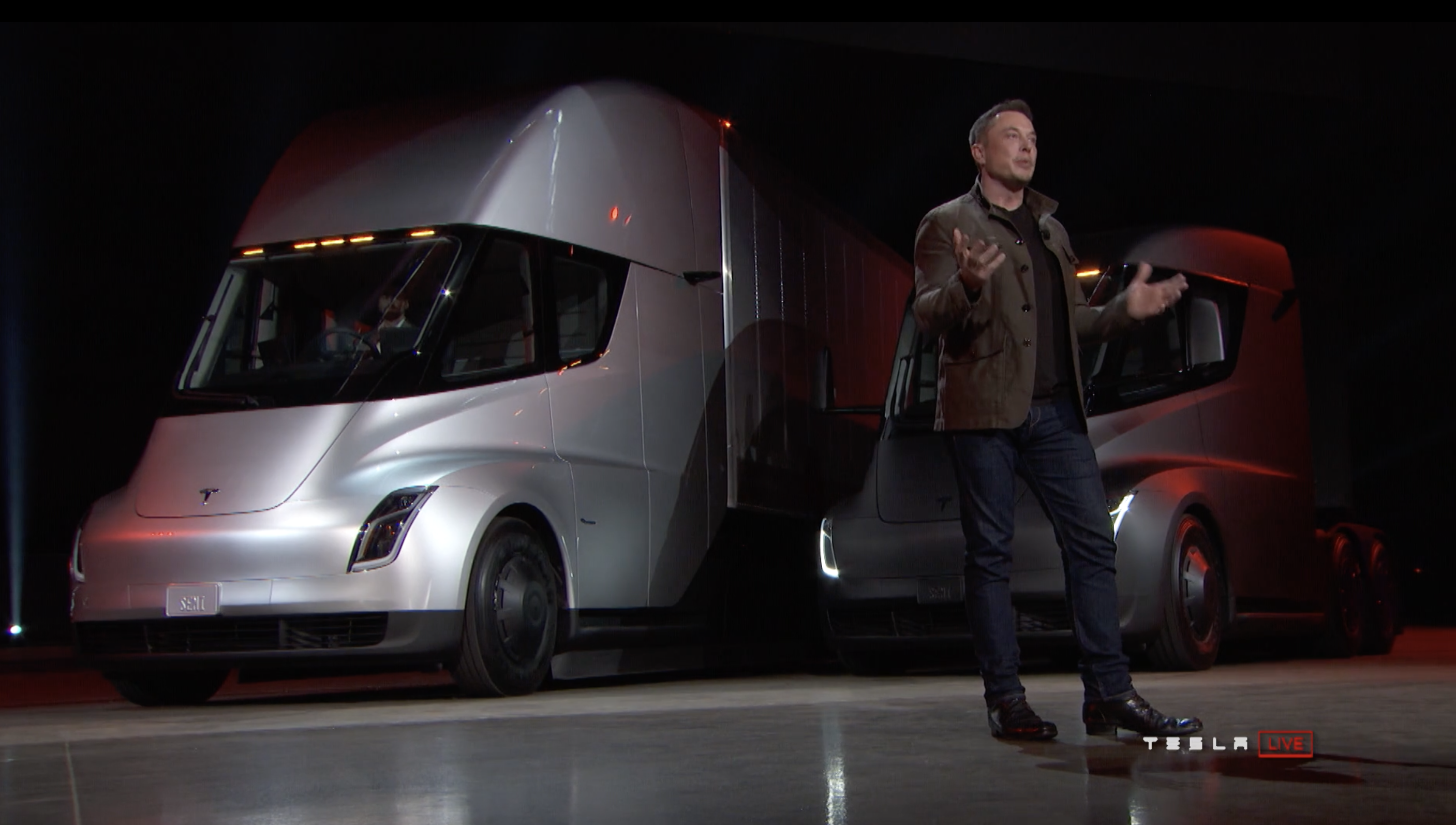 One area where combustion engines still have the advantage is trucking. As no practical competitors have appeared to take on the road freight industry, Elon Musk’s automotive company, Tesla, is looking to provide the competition in this field. In the article below, Alex Gayer, a durability test operator at Tesla, compares the cost of traditional trucking to the cost of trucking with a Tesla Semi. These calculations are based on an American market where superchargers are widely available. – Ross Sinclair

The jaw-dropping economics of electric trucking

The retail price of a semi-truck is often discussed when comparing diesel vs electric, however the potential disparity becomes far less relevant when the economics of operation are concerned.

Take a typical diesel truck, hauling a typical load, with typical fuel prices. Currently, the average cost of diesel in the US is $4.993 per gallon, including taxes.

Let’s say you wanted to move a truckload delivery at gross vehicle weight 200 miles. The average diesel truck will consume approximately 34 gallons to accomplish this, achieving nearly 5.9 miles per gallon.

Now consider an electric truck, like the Tesla Semi. It will haul the same load, the same distance of 200 miles.

It’s rated consumption is less than 2 kWh per mile. Through the deployment of Tesla Megachargers, Megapacks, and on-site solar generation, Tesla can establish an energy cost of 7 cents per kWh.

For the sake of this example, we will put the Tesla Semi at a slight disadvantage and say that the consumption is a full 2 kWh per mile, not less. Now let’s crunch some numbers…

In fuel costs alone, the savings are over 83%! Then consider the cost of regular maintenance like oil changes, emission control equipment, brakes, and breakdown time.

Also consider the environmental and societal impact of moving freight with no exhaust emissions and lower noise pollution.

Finally, consider the improvement of the driver’s quality of life with smooth, clean acceleration, ample torque, and the ability to keep up with much smaller vehicles in traffic. How much would you pay for a truck with these benefits?