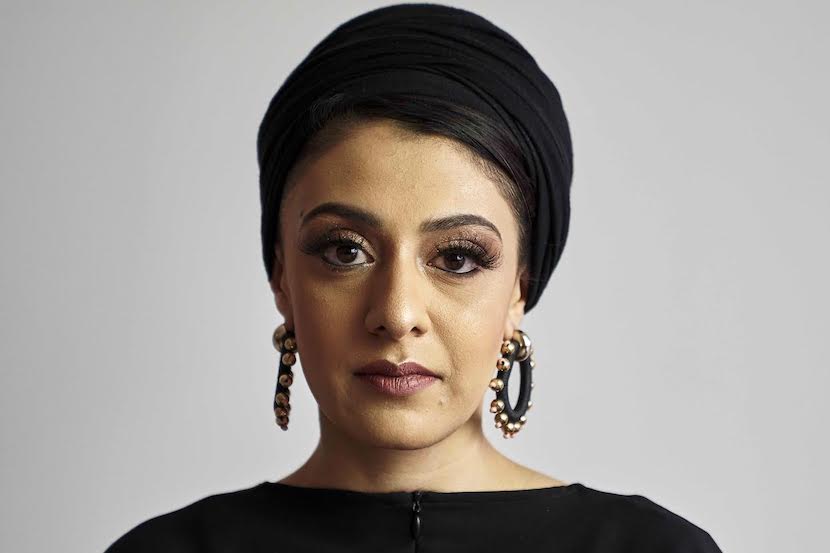 London is a city renowned for its architecture, with great buildings like the Palace of Westminster and St Paul’s cathedral, the masterpiece of Sir Christopher Wren. In recent years, more modern architecture – like Norman Foster’s ‘Gherkin‘ and Renzo Piano’s ‘Shard‘ sky scraper – have been changing the skyline. In the European summer, the city celebrates modern architecture with an annual commission of a pavilion in the grounds of the Serpentine Gallery. Here, an internationally famous architect is chosen for the design. This year an architect from Johannesburg was chosen. She is Sumayya Vally from the Counterspace Studio. This is not the only honour bestowed on this young woman from Jozi – she has been featured on Time magazine’s 2021  best 100 list as the most influential architect “who is shaping and defining the next generation of leadership.” But despite the international accolades, Vally told BizNews that she remains committed to Johannesburg, where she sees potential beyond deterioration and challenge. – Linda van Tilburg

Sumayya Vally on the commission in the grounds of the Serpentine Gallery:

Just to explain a little bit about the commission – historically, it’s been awarded to the most iconic architect of the time. More recently, there’s been a focus towards emerging voices in the field. We were invited to make a submission and it was selected, very luckily.

I moved to London when I got the commission. I was here from December 2019 until March 2020. I moved back on the eve of lockdown, when it was announced that we’d be going into [level 5]. If I’m very honest, the pandemic has deepened the message of the project much more. The design wasn’t affected per se, because it was already submitted to planning. But I was able to deepen the project; it grew many other tentacles. In response to the pandemic, I also initiated a programme at the Serpentine called Support Structures for Support Structures – reflecting on what engagement with these community and partner institutions – that I wanted to work with in London – could be and what it looked like in that time.

On the inspiration behind her installation:

I was inspired by waves of migration in London. I really wanted to tell a story about London, for London. Being from Johannesburg, South Africa, my city is also a city that’s so intertwined and connected to movement and to identities of people from so many different places – we have so many different forms of public. I wanted to also read something about London that’s perhaps sitting beneath the surface of general architectural lexicon and discourse.

I became interested, in particular, in how people find ways to construct belonging when they move to London.  I started to work with some of the first mosques, churches, African churches, synagogues, some of the first marketplaces to hold traditional ingredients or cinema where someone could hear something in their mother tongue. Some of the first publishing houses – the West Indian Gazette or the Calypso’s – where people could get news from home. So many of these spaces also started to burst movements of resistance – like The Mangrove in Notting Hill became the headquarters for the Notting Hill Carnival.

Of course, [there are] also so many resonances with South Africa. I worked with Brixton steps, where Mandela stood to honour the people of Brixton who supported him. London, in particular, has so much resonance with the anti-apartheid struggle at home. I started to work with mapping these places and, in particular, I was interested in the gestures of architectural generosity in each of them. How they were able to hold people in a gathering, the way that porch steps were used in Brixton, for people to organise before the time of protest or how an unfolded surface in the street can become a place for people to gather and share a meal.

What we see in the pavilion is these forms coming together. They’ve been abstracted. I wanted to reflect this coming together of London in all of these different parts. The form of the Pavilion is also articulated like that. It’s almost like a reverse ruin that has these transfers from all of these different places – it’s fragmented into slightly different colour gradients also. It starts to articulate a piecing together of lots of different places at the same time. I also wanted it to be a coherent experience. And so, there are these small islands of gathering – for small, intimate gatherings – but they also all face onto each other and it’s symbolically about a larger coming together.

On designing a mosque in Brixton, Johannesburg:

That project actually did stop with Covid. It’s a community-funded project and it’s on hold at the moment. I hope it does take off again soon [as] it’s a very exciting project. It’s in the heart of Brixton. The project brief is to convert an old NG Kerk in Brixton, that’s already being used as a mosque by a really diverse community of Muslims from all across the continent and beyond. The building is already effectively a mosque, but the brief is to be able to reflect its identity as an Islamic structure a little bit more.

I’m really excited about that project because so much of my work is about negotiating identity. In that project, it’s important to be able to honour the existing structure, its history and heritage – but to be able to somehow hybridise it with another language. The language of the geometries and the arches that are being added to the façade are also a play between the existing building geometries and geometries that come from some of the regions that the population of the mosque comes from.

On her background and inspiration:

I don’t know if one ever knows, really, but I think I’ve always been very interested in the city and very interested in design. When I was young, I was always very interested in stories [and] in writing. I was interested in politics and in history. I think I really wanted to be an archeologist at some point as well. I applied for architecture and for journalism. I chose architecture for my love of design. I hope that I still hold an aptitude towards telling stories through building and design. I think there’s this desire to be able to express something about identities in my work. I think I could have been many things. But the intent of the work is always there.

On her commitment to Johannesburg and renewing the city:

There are a lot of challenges in Johannesburg and in so many of our cities and landscapes in South Africa. We live with inherited challenges of segregation, social, racial and economic injustice that are still so present and even deepening in some aspects in our landscapes. I think that at the same time, there’s so much in Johannesburg – so much potential [and] opportunity. In the ways in which people have shown resilience in constructing the city and inhabiting the city – in our own traditions and our rituals in ways that people come together in our economic systems in the city, the informal or the rogues, so to speak.

I think there’s so much inspiration to find, looking in those places. I think that if we look deeply at what our city is – and we respond deeply to what it could be by looking in those places – there’s so much that we can do. I think instead of thinking about this idea of deterioration or challenge and then looking at it with a Western gaze, in terms of looking northward or to solutions that might not necessarily fit our context. There’s so much richness and texture in what we have at home. I think to be able to imagine from that place could be very powerful.