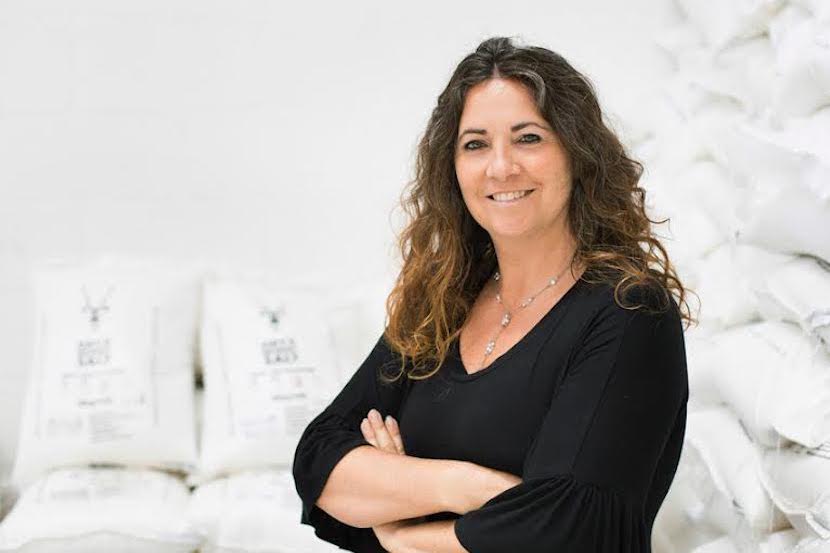 Local seasoning brand Oryx Desert Salt will soon be seen on the shelves of Whole Foods in the USA. It has joined a growing list of locally made products (like Rooibos) in accessing markets overseas. Samantha Skyring, CEO of Oryx Desert Salt has been grinding away to bring her range of salt – mined sustainably in the Kalahari Desert – to a wider market. Skyring told BizNews that she even exchanged her house for a garage full of salt at one stage, to take the business to a higher level. – Linda van Tilburg

Samantha Skyring on the idea behind Oryx Desert Salt:

I met a colleague who was selling this beautiful salt to Germany. He [said] that the market in South Africa was too small. I felt that this beautiful salt from the Kalahari Desert – which is naturally organic and pure – I really believe that locals should be given the opportunity to have access to products from the country rather than them being sent overseas. I was coming to the end of some work. I had my own NPO – but there was the financial recession and companies weren’t interested in emotionally, socially empowering projects.

I was looking for something new. I’d also recently become a mom. The thought of sharing this beautiful salt with South Africans obviously popped to mind. I saw the opportunity of putting grinders on restaurant tables. It really is an amazing opportunity where we can have a product on tables that gives brand awareness and people have the opportunity to try the salt for themselves. That was quite exciting for me. I started packing on my dining room table – the cotton bags and the grinders – and that’s how it all began.

On the inspiration behind the name, Oryx:

In 2000, I did a beautiful journey with friends and we traveled Namibia. We ended up in Hartmann’s Valley, which is the last accessible valley in the desert. The road ends in a sand dune and you have to walk the last three kilometres over to the Kunene river. Having been in the desert for three months – and coming across this incredible wide, glacial coloured water with rock pools and white beaches and palm trees – we really had arrived in paradise. I decided to walk to the Skeleton Coast. Along the way I had close encounters with the Oryx. Seven years later, when I had the opportunity to brand salt from the Kalahari, this beautiful creature sprung to mind.

What was amazing afterwards – once I’d already chosen the logo and branded the product – I met the owner of a health shop in Stellenbosch. She had grown up in Namibia and Oryx were almost domesticated to them. She said that some Oryx can go their entire lives without drinking water – but they can’t go weeks or months without licking salt. It is so essential to their existence and survival in the harsh conditions of the Kalahari. It really is an incredible symbol and so perfectly apt.

Many years later, I had the final piece of the puzzle as to why they could go for such long length of time without drinking water. Their hair is hydroscopic, [like] microscopic little straws. In the desert at night, there’s this incredible moisture in June – because of the disparity of temperatures from the day and night time – and they absorb moisture directly through their hair and skin into their bodies.  All vegetation swells at night, so they actually get hydrated when they eat. One of those miracles of nature.

After a year or so, I did a crazy thing. I sold my house and I ended up buying 34 tonnes of salt – which is more than a garage full. I needed to have some stock available. I came to do a few crazy things and I started, literally, on the ground going from restaurant to restaurant, specialty [shops and] deli’s, slowly growing it. I knew I was running out of money. I met a chef who had met the salt pan owner. I made a phone call and asked if I could come and meet with him. We had a lovely conversation and I said, “I’m putting together a business plan. I’m needing a partner.” He said, “well, please give it to me.”

That was a very exciting moment. It seemed like such a brilliant synergy, having the owner of the salt pan and then having me create a premium product and [put it] out into the market. But a year later, they weren’t profitable and the company was obviously needing money to grow. He was used to wholesale, he’d been in salt wholesale for 30-something years. PR, branding, websites and social media were very unfamiliar to him. He was getting slightly nervous of the investment that was needed in order to grow it. So, he said he wanted out.

I then made two beautiful brothers – Garth and Ian Solomon – and they were just in the process of setting up Evolve Capital, in order to invest in small businesses, to bring in seed funding and capital and as well as IP. We’ve been together for eight years and that’s been an amazing journey. They definitely supported my personal growth into being a CEO of, currently, 20 staff.

On cracking the overseas market:

[It’s a] very exciting moment. I have been doing international trade shows for about six or seven years and discovered Whole Foods – via the foodies and at the trade shows six, seven years ago. I think, from then, getting to understand what Whole Foods stands for was my goal, my dream and my intention. It’s been beautiful to watch as I’ve grown. As I grow, the business grows. For me, it was kind of a matter of time that when the right moment presented itself, it would happen. The business needed to be very solid in order to enter the US market.

I had that moment when I was presenting to the buyer of Whole Foods and Oryx was already 10 years old then. I realise how much knowledge I had of the industry – of merchandising and all the tiny aspects which, at three-four years old in the business, one wouldn’t have. I had to travel to an expo in Los Angeles in March 2019. I’ve done a lot of networking prior to that and met somebody. I reached out to the Endeavour community in the US and managed to get the email address of the salts & spice category buyer at Whole Foods. I followed up and I introduced repeatedly and then life got busy.

Then Covid-19 happened and we lost 70% of our business last year due to [a decline in the] tourism, restaurant and hospitality [sectors]. Because I had the time, I really knew that I needed to pull something out the bag in order to move forward. I followed up multiple times and finally I got an email saying, “I apologise for the delay in getting back to you,” which was already a very positive response. Five months later, I did the presentation and we got the listing almost to the day of our Oryx’s 10th birthday, which was really beautiful and felt very much on track to our growth.