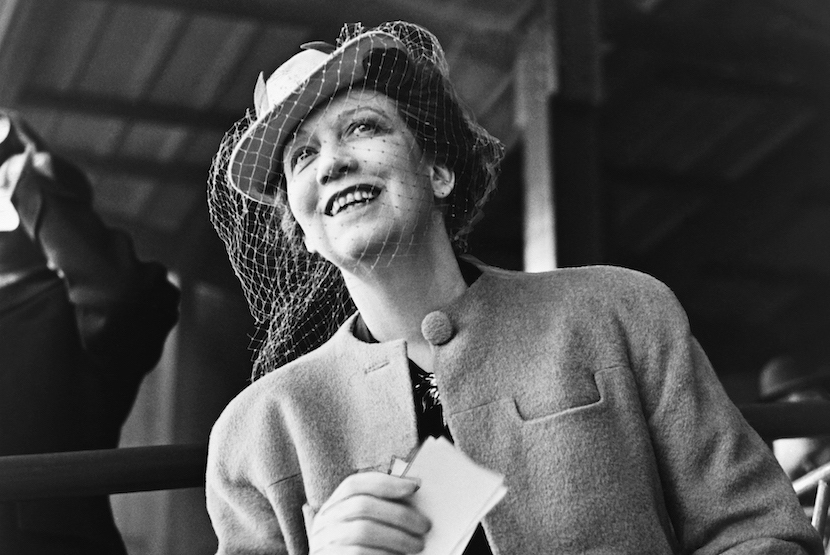 We all love a good rags-to-riches story. Money and success are two things that are hard to come by, even more so when you’re born into poverty. That hasn’t stopped a number of people from elevating themselves, though. Take Oprah Winfrey, for instance. The media mogul shook off the shackles of poverty and, through hard work and clutching every opportunity, is now an incredibly wealthy and famous broadcaster. Some 100 years before Winfrey’s rise to the top, a woman named Florence Nightingale Graham was born. More famously known as Elizabeth Arden, the beauty tycoon faced great adversity from birth, born into a struggling Canadian family. Below, Ingrid Wood tells the story of Arden’s journey, from the proverbial rags to what is now one of the world’s most recognisable beauty brands. This article was first published on FirstRand perspectives. – Jarryd Neves

Lessons from a beauty mogul

When Elizabeth Arden created her empire, she laid the foundations of the American cosmetic industry. Her entrepreneurial spirit underpins the soul of the company today.

She may have become one of America’s wealthiest entrepreneurs, but when Florence Nightingale Graham (more famously known as Elizabeth Arden) was born in Ontario, Canada on 31 December 1878, she was the fifth mouth to feed in an already struggling family. Her aunt paid for the children to attend school but Graham reportedly had to leave high school without finishing, to find work.

Her early career was a series of jobs to make ends meet – a dental assistant, cashier, stenographer and secretary – and a brief stint at nursing school, where she developed an interest in the treatment of skin conditions. When Graham left Canada in 1908, she headed to New York City to forge a path and find her fortune. She landed a job at a beauty treatment parlour and in 1910 with a $1000 investment, she joined forces with beautician Elizabeth Hubbard to launch their own beauty store on Fifth Avenue, distinguished by the now famous red door. The partnership didn’t last long and Graham bought out her partner, embarking on a journey to expand her business and, in doing so, change the face of women’s cosmetics. And so Elizabeth Arden was born. The story goes that when Graham tried to register her business under her name of Florence Nightingale, she discovered that she was unable to do so as the name was a trademark. So she took her former partner Elizabeth Hubbard’s first name as it was already associated with their first red door salon, and Arden supposedly from the poem Enoch Arden by Lord Alfred Tennyson.

“I don’t sell cosmetics, I sell hope.” Arden’s key focus at this stage was on lotions and she employed chemists to develop her first line of products. When she tapped into colour cosmetics she had to work on changing the perception of beauty products, as makeup was associated with prostitutes rather than ‘respectable’ women. And she went about this smartly. A dedicated suffragette, she supplied red lipstick to the 15 000 marching activists in 1912 to wear as a sign of solidarity. When she launched eye shadow and mascara into America in 1917, she ran a marketing campaign, which was helped by the fact that increased close-ups on movies were making makeup more acceptable. During World War 11, she was asked to develop a makeup kit for the American Marine Corps Women’s Reserve. Her famous red lipstick – made to match the tassels and hat stripe on the women’s uniforms – was widely used in an effort to retain femininity and boost morale.

“It is remarkable what a woman can accomplish with just a little ambition.”

By 1915 Arden had expanded her footprint with sales into other markets. In 1922 she opened a salon in Paris, followed later by other countries. Despite the Great Depression of the 1930s, her business managed to flourish, bringing in more than $4 million a year and it was during the Depression that the flagship New York salon expanded to seven floors. “The depression is going to make a lot of manufacturers pull in, economise, cut down,” she declared at the time, “and that leaves us a clear field.” She did, however, reduce her prices and introduce budget conscious treatments for struggling consumers. It was around this time that she proudly stated: “There are only three American names known in every corner of the globe: Singer sewing machines, Coca Cola and Elizabeth Arden.”

“To be beautiful is the birth right of every woman.”

This was Arden’s mantra and she believed that beauty products needed to be a combination of science and nature, designed to enhance assets rather than cover up. Her concept of total beauty underpinned all she did, from skincare to fitness and wellness, which was the thinking behind Maine Chance in Mount Vernon, the first destination beauty spa in the United States, which operated from 1934 to 1970. She was also the first to introduce travel-size items, in-store makeovers and to train a team of travelling sales ladies, but she is perhaps most famous among her followers to this day for Eight Hour Cream, a skin soothing, healing and protecting formula which was created in 1930. The name came about when a client used it on her child’s skinned knee, claiming the skin was better after eight hours. Arden famously used it to soothe her thoroughbred horses’ legs.

“I only want people around me who can do the impossible.”

At the top of her game Arden owned 150 horses and in May 1946, as the nation’s top winner on the track and earnings of almost $600 000, she graced the cover of Time magazine and in the accompanying article about her success in the male dominated world of horse racing, she was described as “a queen who rules the sport of kings.” In addition to her competitors on the race course, Arden’s rivalry with the Polish cosmetics entrepreneur, Helena Rubenstein, was widely known. It was a feud that lasted 50 years, despite the fact that they never met in person, even though they moved in the same circles and their corporate headquarters were a few blocks apart in Manhattan. They publicly denounced each other, reportedly copied products and stole one another’s employees. (After Arden’s divorce from her first husband Thomas Lewis, Rubenstein lured him to her company.) The upside of the competition was that is spurred both women on to continually innovate and develop new products.

When Elizabeth Arden died in 1966, she was still running her empire which by then included over 100 Elizabeth Arden salons around the world and a line of approximately 300 products. She left $4 million to her loyal employees. Today the company is a wholly owned subsidiary of Revlon, Inc. and is estimated to have annual gross sales of $3 billion. Her reputation as a legendary innovator and passionate supporter of women’s rights lives on as does her lesser known reputation as “a tough little Canadian who could swear like a longshoreman” as described by Lindy Woodhead, the author of Arden’s biography.