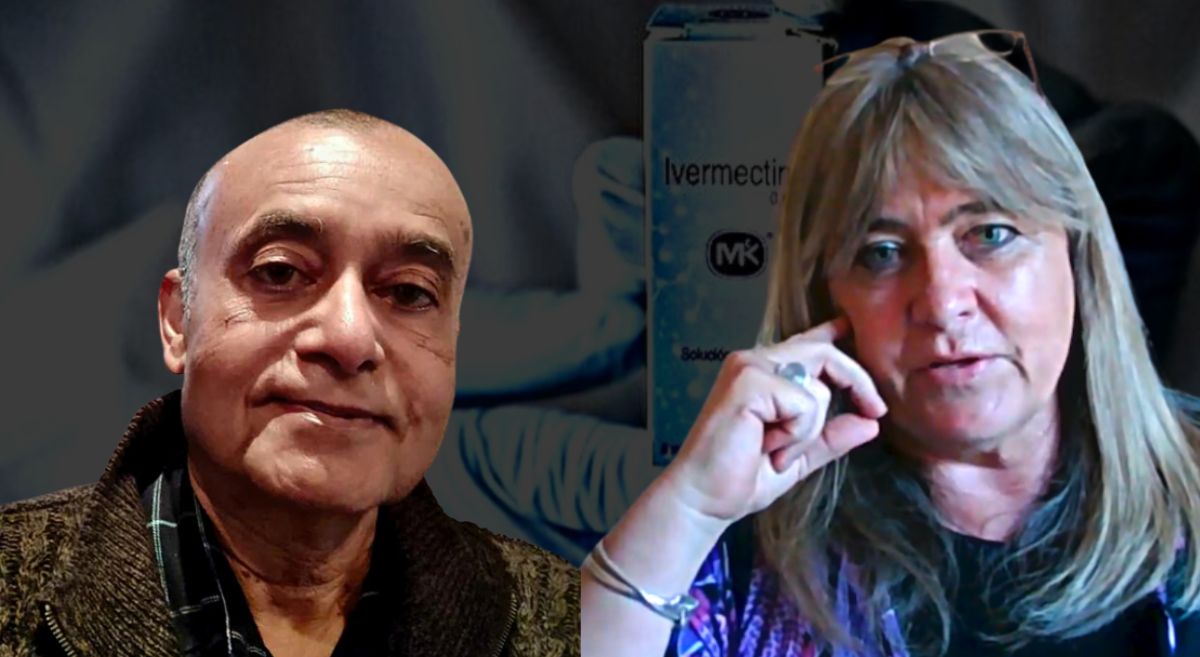 It is a sad day indeed when courage, expertise and integrity are condemned by bodies of authority that are supposed to be objective and provide protection for a country’s citizens. BizNews has covered the arduous and contemptible persecution of Dr Jackie Stone, whose treatment protocol for Covid-19 patients, which included the use of repurposed drugs such as Ivermectin as well as Nanosilver, saved countless lives in Zimbabwe, effectively eradicating the pandemic in the country. Stone appeared in court today to answer two of the four charges laid against her by the registrar of the Medical Council in Zimbabwe, for which she was found guilty in September. As soon as Stone was singled out by the regulatory authorities in Zimbabwe, all those doctors, which had used her treatment protocol, lost their voices. Dr EV Rapiti, a frontline healthcare professional who personally treated approximately 3,000 Covid-19 patients with a significantly high success rate over the last two and a half years, wrote this article in support of Stone, who he hails as “one of the greatest daughters of Zimbabwe”. – Nadya Swart

Dr Jackie Stone, a heroine, not a villain

Today, the 3rd of November 2022, will be sadly remembered by medical historians, the people of Zimbabwe, and the enlightened and just world, as a bleak and dark day in the history of medicine, when one of the greatest daughters of Zimbabwe, Dr Jackie Stone, will go on trial, at the medical board of Zimbabwe, as a common criminal, instead of being celebrated and decorated, with the highest medal of honour, for saving millions of Zimbabweans from dying of Covid-19.

Dr Stone, according to the medical board, is guilty of a major crime because she used safe, highly effective and highly affordable repurposed drugs to save millions of people from dying of Covid-19, without requiring hospitalisation or supplementary oxygen.

Dr Stone used Ivermectin, colloidal silver and Doxycycline, all of which have a proven track record for safety and efficacy, with over 40 years of history, unlike the newly developed Remdesivir and Paxlovid, which are emergency-use authorisation drugs that have not been properly tested and have been shown to have severe side effects and poor efficacy compared to Ivermectin.

Ivermectin is on the WHO’s essential drug list and has one of the best safety profiles amongst all drugs; it is safer than paracetamol and ibuprofen and far safer and far less expensive than the highly toxic Remdesivir or Paxlovid.

Over four billion doses of Ivermectin have been used on about 40 million people in Africa, parts of Asia and South America to eradicate river blindness apart from being an antihelminthic drug.

The creators of the drug, Dr Satoshi Omura and Dr Campbell, won a Nobel prize for their discovery in 2015, so the opposition to this proven drug by the thinking members of the medical fraternity is hard to understand.

This drug was and is regarded as a wonder drug for its safety, efficacy and versatility by the honest, enlightened and untainted members of the medical fraternity all over the world, except for doctors, who are surrogates of Big Pharma and the Bill and Melinda Gates Foundation, both of whom – it is well known – are heavily involved in the dishing out of 10 billion doses of an untested and toxic artificial protein, erroneously described as a “safe and effective vaccine”. With all the evidence that is emerging, we know that these jabs are far from safe and effective.

Ivermectin is known to have antiviral, anti-inflammatory and anti-thrombotic properties in addition to being a good immuno-modulator, effective against conditions like psoriasis.

The Zimbabwean board of doctors need to be reminded, before they sentence Dr Stone, that doctors have a right, according to the Helsinki declaration, to use any drug at their disposal to treat their patients, as long as the drugs are safe.

The Zimbabwean Medical Board is guilty of violating Dr Stone’s rights to treat her patients as she saw fit, in accordance with the Helsinki declaration.

It is the board that should be put on trial, and not Dr Stone.

Dr Stone, who has saved millions of Zimbabweans and shared her experiences and knowledge throughout the world, should be celebrated for her outstanding services to humanity, as a heroine and humanitarian, all over the world and in medical history, during one of our worst crises, and should not be treated like an ordinary villain or like a doctor from the Nazi era. It is the gravest insult to a doctor of her integrity.

The Zimbabwean board, who clearly has no clue on how to manage Covid-19, wants Dr Stone to be sent to prison to teach other practitioners a lesson not to do the “right thing”. Clearly, these pseudo-doctors on the board are not in favour of “doing no harm”, so are grossly unfit to sit in judgement of this great doctor.

I have learnt from her experience on the safety of high dose Ivermectin and have saved thousands of lives, so, am I a criminal as well for saving lives?

Anyone who dares to make such an accusation against doctors who saved people’s lives will have to face the wrath of thousands of people, around the world, who successfully recovered, using our effective protocol.

I wish to make an urgent and fervent plea to President Mngagwa, the President of Zimbabwe, to please intervene on behalf of one his country’s greatest citizens, Dr Jackie Stone, who has put his country in the hall of fame for saving millions of people from dying of Covid-19 through her simple protocol.

I urge medical professionals and citizens of the world to stand in solidarity with this great doctor to ensure justice is done. If Dr Stone is wrongfully indicted by the Zimbabwean Medical Board, on a false and unscientific premise, Zimbabweans, its president and its medical board will be remembered in history as the worst criminals, who punished its greatest heroines of Covid-19 for saving millions of Zimbabweans.

History will never forgive those who have vilified Dr Stone so unfairly and unjustly. I sincerely hope sanity will prevail today, and that the true criminals in the medical profession, who failed the world, will be punished, and good, ethical, astute doctors like Dr Stone will be rightfully honoured and decorated.

Dr Stone is and will be remembered as the heroine of Covid-19 treatment, regardless of her sentence today, not just by Zimbabweans but by people throughout the world.

I am an ardent admirer of your work.

If your country fails you, the rest of the world will honour you.