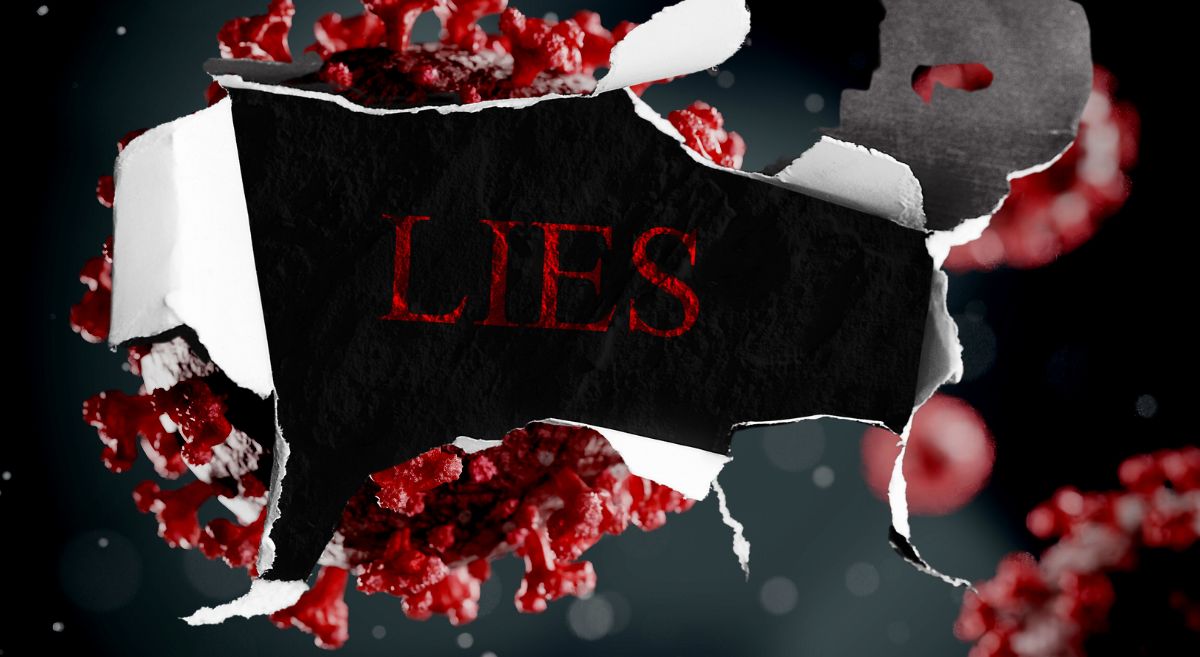 Dr Jackie Stone was sentenced on Thursday. Two of the four charges laid against her by the registrar of the Medical Council in Zimbabwe were dropped and she was fined on the other two. Thankfully, there was no jail sentence. Stone is one of the healthcare professionals that stands out for actually doing her job. Her use of Ivermectin and nanosilver, however, was viewed as worthy of persecution.  In this article by Dr EV Rapiti, a frontline healthcare professional who personally treated approximately 3,000 Covid-19 patients with a significantly high success rate over the last two and a half years, he recounts the story of his changing perception of professors and other medical professionals held in high esteem. His once sincere admiration for his professors during his years at medical school completely crashed during Covid-19. A disappointing reflection of the times. – Nadya Swart

Professors that sold their souls

All my life, from my days in medical school, I had the greatest respect for my professors because they walked about with that air of self-acclaimed superiority on ward rounds as the all-knowing encyclopaedias of information.

As a student, l was green but hungry for knowledge. I was mesmerised by my lecturers and professors for their knowledge, as I am sure my young naive colleagues in medical school were.

These professors walked about with a halo around their head, with either a serious look of authority or a sardonic grin, about to pounce at their registrars and consultants, who became nervous, and waited for their God to open his mouth and issue pearls of wisdom.

Post-grad students had pens and books ready to write down every syllable uttered by their God, to bolster the egos of these God-like figures.

Before the ward round, junior doctors ran around like headless chickens to have all the results for the patients to be seen, the history and progress had to be remembered to the finest detail before the big professor arrives, or else all hell will break loose.

Registrars would be sweating before “God” made his grand appearance.

Medical students were the lowest in the pecking order, so they stood right in the back. The entourage of thirty doctors on ward rounds, made the professor’s voice barely audible to us students in the back, but like obedient dogs we followed the master.

Registrars about to appear for their upcoming exams did their best to impress their master by quoting information from some prestigious medical journal, waiting for the professor to show how impressed he was with his protege. It made it better if they quoted the professor because it filled the God with delight.

Medical students, with memories of elephants, couldn’t wait to rattle a hundred causes for headaches, also waiting to be applauded by the great master. Thinking took second place to memory in our institutions of learning, which is a great pity.

It was unheard-of to mention anything that the professor didn’t agree with.

You would become his favourite if you repeated what he taught you.

I was never endowed with a good memory but was fortunate to have a critical mind. My critical mind that questioned everything that was said to me did not make me popular, so I had to suppress my thoughts and avoid becoming a target for unfair victimisation.

We were so indoctrinated with the idea that professors knew so much that we would accept whatever they uttered as the absolute truth.

We never doubted their superiority and if we did, it was best to shut up than run the risk of being failed.

Professors wielded so much power over you that they could make or break their students. I trusted my professors, implicitly, from my days as a medical student, right till the early days of Covid.

They stood out for me as highly educated people, with a very high sense of morality and ethics.

My professors knew about patient care as it was written in the textbooks on clinical medicine, but, during ward rounds, they were as cold as concrete to the patient in front of them, in a hurry to get done with the ward round and dash back into their private offices, sipping on cups of coffee. I could never understand this. Patients in hospitals were reduced to a disease or organ: liver, pancreas or some other medical condition, but rarely ever as people.

This did not alter my respect for people with the title of professor even though their lack of compassion troubled me immensely.

All this changed after the Covid crisis.

My 45 years of respect for people with the title of professor was shattered to the ground. My respect for highly reputable medical journals and even prestigious media outlets was also shattered completely.

After Covid, l discovered to my utter shock and horror that many professors, editors of prestigious journals and medical institutions, for the last fifty years, were cheap surrogates of the big pharmaceutical industries and highly corrupt but influential wealthy individuals like Bill Gates, George Soros, Jeff Bezos.

Professors spent much of their lives doing research, to publish as many papers as possible, regardless of whether their research was of any relevance to establish a name in the medical arena as doyens of medicine.

They were on a mission to publish as many papers as possible in a race to be the most published authors.

State funding was not enough for their research, so Big Pharma became the major funders of these professors and their institutions.

The big corporations, through generous funding, bought silence of these professors on any illegal activity by Big Pharma or misinformation by Big Pharma.

I remember meeting a pharmacology professor whom l respected, after he left medical school teaching to work for Pfizer. He proudly mentioned the number of cough medicines and throat lozenges his company made. From that moment on I lost all respect for him. He sounded like a good-for-nothing medical rep.

This unsavoury trade-off between Big Pharma and professors/institutions/medical journals ensured that anyone/doctor, who questioned the narrative, was immediately ostracised and bullied into submission or dismissed from their jobs.

Doctors who spoke about early COVID treatment or expressed their concern about the risk of the toxic jab were immediately labelled as conspiracy theorists and threatened with deregistration by the medical boards, fired with no recourse, de-platformed by obnoxious media platforms like FB, YouTube, Instagram and Twitter.

Many doctors, nurses and health care professionals were forced to take the jab against their will and constitutional rights or risk losing their jobs. 80 Canadian doctors lost their lives after taking a booster and there is not one word from the medical fraternity/medical boards demanding an investigation into the cause of their deaths.

The mainstream media played a huge and damning role to disseminate lies and propaganda as the absolute truth by quoting highly credentialed doctors, professors and scientists like Karim, Madhi, Mendelson, locally, and professors from a number of prestigious medical schools overseas. Their fake articles appeared in the mainstream media and well-known medical journals for the gullible public and doctors to consume without questioning the validity of the information presented to them.

They all punted the narrative that Covid was an extremely dangerous disease, for which there was no treatment and that the vaccines were tried and tested to make them extremely safe and effective. This, we learnt, was an absolute lie. The recovery rate from the wild type was 99.5% without treatment.

Professors, doctors or scientists, who dared to say anything against the narrative of mainstream media and these God-like professors, were immediately shunned. Their well researched articles were rejected by all the leading medical journals.

Dr Tess Lawrie, Prof. Gert Van den Bergh, Dr Sucharit Bhakdi, Dr Robert Malone, Dr Paul Marik, Dr Pierre Kory are just some of the few outstanding doctors that spoke the truth and refused to be silenced by Big Pharmas’ surrogates. They were all de-platformed from every social media platform.

Dr Peter Mucullough, one of the most published doctors, was deregistered and stripped of all his titles for speaking the truth and opposing the narrative.

Dr Andrew Hill, working for the WHO, researched the drug ivermectin for the treatment of Covid and tweeted that the world should stock up on Ivermectin to fight the spread of Covid-19.

A few weeks later, this tweet was pulled down and Dr Hill completely denied that he made such a statement.

It later emerged, in a conversation that he had with a colleague, Dr Lawrie, that he withdrew his comment because it was offending big pharma, who were funding his university.

I, along with several frontline doctors, successfully treated hundreds of thousands of Covid-19 patients, dismissing the myth and lies that there was no treatment for Covid-19 propagated by our highly-credentialed professors and our medical institutions, WHO, FDA SAPHRA etc.

None of our work was ever published or acknowledged by mainstream media nor our medical journals. We were saving lives but to the popular mainstream media, we were referred to as fake horse Doctors that should be deregistered.

Fortunately a number of alternative media platforms sprung up to give people like me an audience, which bypassed the grossly unfair censorship by social media and condemnation of the captured cheap-skate professors to reach the masses of the world.

Halfway through the plandemic, the majority of the public started losing confidence in our hospitals and trust in doctors, who spun the false narrative about Covid and the safety of the jabs, just to support their lavish lifestyles or jobs. These professors were later regarded by the critical public as scumbags of society, who suspected them of being on the payroll of big pharma in one of the most horrific crimes against humanity.

For me, someone,who had the greatest and unquestioning respect for people with the title of professor for over 50 years, I was deeply disappointed to learn during Covid that the majority of these professors have been selling society down the line for over fifty years just to acquire funding for their often useless research.

I have now reached the point that the title professor no longer means much to me. I no longer have the doting respect l once had for them, when I was a young impressionable medical student.

I have discovered that having a number of titles does not indicate one’s intelligence because I have come across several specialists, who know far less about the toxicity of the experimental jabs than the seventy year old grannies in my practice.

So the next time you listen to professors or doctors making statements on public platforms, find out who is funding them before you accept what they say at face value.

Many of these corrupt or stupid professor have damaged the wonderful image of the medical profession with their lies and dishonesty.

We need to get rid of the whole corrupt system that has evaded the radar of justice for long and replace it with one that we can all be proud of.