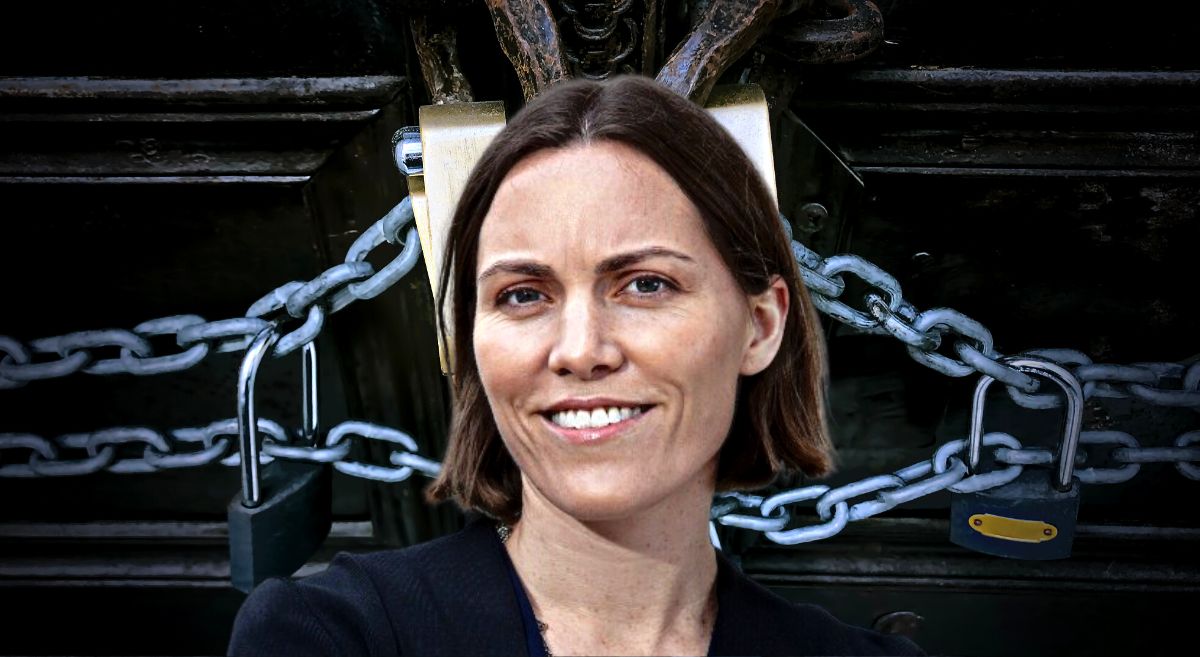 Dr Emily Oster, the Brown University economist who spent a good part of the pandemic flagrantly advocating for extraordinarily harmful policies like lockdowns, masking of schoolchildren and vaccine mandates, published an article in The Atlantic this week, calling for “a pandemic amnesty”. Oster claims next-to-nothing was known about SARS-CoV-2; and therefore, all the pointless, unethical and illegal things people were forced to do are understandable. Oster in no way offers something resembling an apology, and her assertion that policies were “misguided” is transparent and self-serving. While there certainly was some uncertainty leading up to the implementation of pernicious Covid-19 policies, there is no substance to Oster’s claim they were driven by benign ignorance or a genuine lack of knowledge. Many reliable and esteemed professionals did know better and tried in vain to be heard. Although forgiveness is a laudable ideal, accountability and an inquiry into the many outstanding questions as to the origin of these policies – and the underlying motivations of highest-level officials who promulgated them – is the only way to prevent this sort of indefensible ordeal from repeating itself in future. This article was first published on The Defender.– Nadya Swart

No ‘pandemic amnesty,’ we want accountability

An essay by Emily Oster, PhD, published this week in The Atlantic suggesting: “We need to forgive one another for what we did and said when we were in the dark about COVID” is fanning the flames of fury among those whose lives were destroyed by ad hominem attacks, de-platforming, delicensure, demonetisation, demonisation and debilitating vaccine injuries.

“Let’s Declare a Pandemic Amnesty,” an essay in this week’s ‘Ideas’ section of The Atlantic, included this subhead: “We need to forgive one another for what we did and said when we were in the dark about Covid.”

The author of the article, Emily Oster, PhD, who teaches economics at Brown University, reflects on the kinds of mistakes “we” made while “we” were in the dark about COVID-19, such as the use of cloth masks outdoors to prevent spread and useless school closures.

She also contends that we now know, in retrospect, some of the vaccines available in this country were better than others.

Oster offers proof that the Pfizer and Moderna formulations are superior to Johnson & Johnson’s (J&J) by citing a study published in February in Nature. However, the study did not compare the mRNA vaccines to the J&J formulation, and it didn’t compare any clinical outcomes in those who received the experimental products as she implies.

Why then did Oster quote the study as evidence of the superiority of mRNA vaccines? Was it because of the paper’s title, ‘mRNA vaccine-induced antibodies more effective than natural immunity in neutralising SARS-CoV-2 and its high-affinity variants’?

Did she just type ‘mRNA vaccines are better’ into her browser and choose something ‘sciency’ from the search results?

This sort of feeble fact-finding is one reason why so many mainstream journalists and people who accepted their commentaries “were in the dark about Covid”. It is also the reason why her anemic effort to reconcile the litany of blunders in her own sense-making drew immediate criticism and ire.

Yes. We do need to forgive each other in order to move forward  but that will be possible only if we take full account of the mistakes that were made and come to an understanding of why so many people made them.

Sadly, Oster isn’t interested in this level of inquiry and the editors at The Atlantic aren’t either. What happened over the last two-and-a-half years was reprehensible, and her attempt to get to the bottom of things is fanning the flames of fury among those whose lives were destroyed by ad hominem attacks, de-platforming, delicensure, demonetisation, demonisation and debilitating vaccine injuries.

“Given the amount of uncertainty, almost every position was taken on every topic. And on every topic, someone was eventually proved right, and someone else was proved wrong. In some instances, the right people were right for the wrong reasons. In other instances, they had a prescient understanding of the available information.

“The people who got it right, for whatever reason, may want to gloat. Those who got it wrong, for whatever reason, may feel defensive and retrench into a position that doesn’t accord with the facts. All of this gloating and defensiveness continues to gobble up a lot of social energy and to drive the culture wars, especially on the internet. These discussions are heated, unpleasant and, ultimately, unproductive.

“In the face of so much uncertainty, getting something right had a hefty element of luck. And, similarly, getting something wrong wasn’t a moral failing. Treating pandemic choices as a scorecard on which some people racked up more points than others is preventing us from moving forward.”

Loyal readers of The Atlantic may find this explanation acceptable. However, for those of us who immediately recognised the pandemic response measures as misguided, fear-churning edicts without precedent or justification, this attempt at reconciliation backfires badly.

This would have been known to any person, including a journalist writing on scientific topics, who was willing to do their job.

Instead, Oster audaciously frames dissenters as a mix of those who probably got it right for the wrong reasons, had a “prescient understanding of the available information” or had a “hefty element of luck” on their side.

Is this really an effort to help us to move forward? Or is it instead a masterclass on how to gaslight a large and growing swath of our population who attempted to point out the futility of governmental edicts, the lack of rigorous testing of experimental therapeutic interventions and the life-saving benefit of cheap and safe early treatment protocols?

She’s right about one thing. Getting things wrong during a time of uncertainty was not a “moral failing”. The moral failure occurred whenever people in her position of uncertainty ruthlessly attacked anyone who happened to get it right – something she fails to mention in her circumspect musings of the breakdown of sense-making that we witnessed over the last 30 months.

Yes, Dr Oster, this is not about racking up points on a scoreboard – this is about people’s lives and livelihoods that were devastated by measures your publication chose to support without any evidence or inquiry.

Nevertheless, I can see why you are reluctant to keep score. Here’s a small sample of the hundreds of Covid-19-related articles published in The Atlantic over the past two years:

The themes are all too common: the unvaccinated are driving the pandemic, schools should remain closed, vaccines are beneficial in pregnancy, there is an urgent need to vaccinate children, remaining maskless is a sign of defiance and not common sense, just because vaccinated people get sick too doesn’t mean they aren’t working, only President Trump would use a proven antiviral against a virus, etc..

Though Oster would like to think that monumental mistakes were excusable because of how little was known, hematologist and professor of public health at the University of California San Francisco, Vinay Prasad, MD MPH summarises the real issues, the structures and practices that led to ineffective and deleterious policies over the last two years. Many of these issues were in play from the start of the pandemic as they are today.

Prasad writes in his Substack:

“The Covid-19 pandemic resulted in many bad policies being implemented. We need accountability so that we never institute these policies again. Let me enumerate some structural solutions:

Oster, on the other hand, offers no suggestions as to how to move forward beyond forgiving and forgetting. We can thus predict that when faced with future uncertainty, she and those of her ilk will do exactly what they did last time; follow their crowd, ask no questions, attack those who do and demand forgiveness in the aftermath.

Of all the missteps made by mainstream journalism and those who followed in lockstep with their narratives, the gravest remains unexplored in Oster’s article. Perhaps we can excuse an economist for her inability to interpret a study on the immunogenicity of mRNA vaccines, or even the editor of The Atlantic for carelessly publishing her conclusions anyway.

However, if Oster is admitting there was so much uncertainty at the start of the pandemic, why did The Atlantic level such criticism against those who dissented?

Here is a handful of commentaries published in The Atlantic in the spring of 2020, when they were apparently in the dark:

Using pejoratives like ‘conspiracy theory’ or ‘misinformation’ to denigrate opposing viewpoints and those who hold them requires a very high degree of certainty in your own position.

How then can Oster use uncertainty to excuse things that were said and done when she and others were in the dark?

To be fair, Oster is not responsible for all of the missteps and biased content offered by The Atlantic. However she, like many others, ought to take a hard look at why she accepted this kind of polarising commentary as gospel and treated sceptics as heretics, or at the very least, tacitly approved the witch-hunts by doing and saying nothing.

In this country, we rely solely on a free and independent press to inform the populace, especially at a time of uncertainty. If so little was known at the time, why didn’t The Atlantic acknowledge this fact and present more than one position?

Individuals fall on a broad spectrum. Some are prone to jumping to conclusions prematurely, others remain stubbornly steadfast in their positions despite enormous evidence to the contrary. We expect more from those with a platform.

We depend on media organisations and the journalists that work for them to report the facts accurately, especially when only a few exist. In that sense, in those times we rely upon them more to point out what cannot be known than what can.

The only possible justification for this relentless one-sided commentary that defended foolish policy, divided communities and families and resulted in inestimable damage to children is that it was done, as Oster says, “in earnest for the good of society”.

But that isn’t the role of an independent press. Every element of a free society has a role to play for the common good. Scientists who are qualified to comment on complicated topics should be free to express their opinions. Our agencies of public health are required to make sensible policies and openly defend them against their critics.

Publications like The Atlantic that shape public discourse are instrumental in ensuring all views are explored on their own merit so that they can be discussed and fairly critiqued, especially those that are critical of governmental overreach.

They failed, and they failed monumentally. And to date, they have given us little reason to doubt they will fail again.

The pandemic has taught us many lessons, but the biggest one is that we now know what highly influential media publications like The Atlantic really are. They are our authority’s strong arm when it comes to exacting its power and its diplomatic envoy when it comes to asking for forgiveness.

No, we aren’t gloating. But we are keeping score.