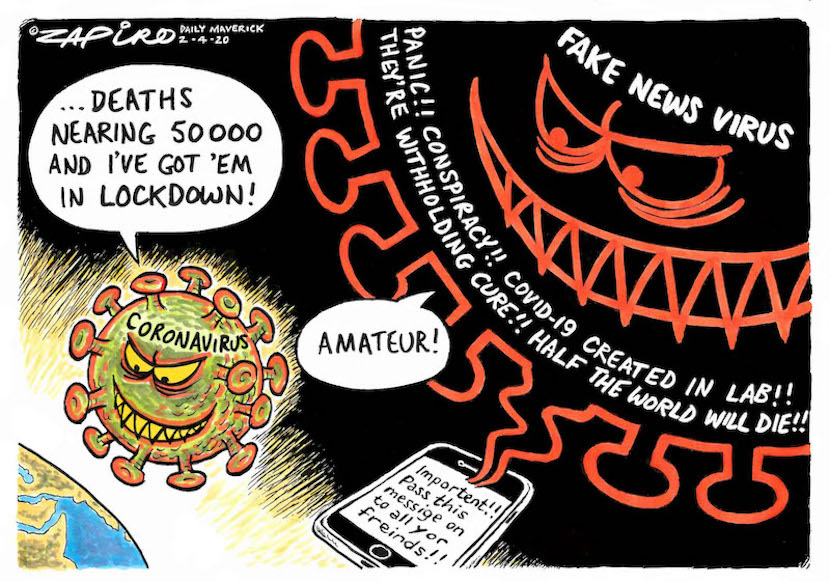 PANDA is a group of actuaries, economists, data scientists, statisticians, medical doctors, lawyers, engineers and businesspeople that states its objective as “working together to question and replace bad science with good science”. It has applied a razor to Covid-19 models that inform government policy, sparking a backlash from scientists who have quietly beavered away in the background on forecasts of how many deaths are likely in SA. Initial projections were hugely overstated, giving backing to South Africa’s unusually strict Covid-19 lockdown – which includes bans on alcohol and tobacco. Millions of jobs have been shed and taxes lost as a result of these decisions. BizNews has invited the scientists at the centre of PANDA criticism to clarify their models and join the debate. As we wait to hear their voices, PANDA shares its latest analysis of South Africa’s lockdown. – Editor

PANDA: On models and lockdown

One of the most important findings from the masses of emerging Covid-19 data is the complete failure of the lockdown theory as a means of reducing the pace at which the infection spreads—what is known as the “reproduction rate”. Governments and modelers have assumed that imposition and relaxation of lockdowns would cause step-changes in the reproduction rate, but in country after country, no such step-changes can be seen. Reproduction rates track a linearly declining path.

Furthermore, when analysing inter-country differences, neither mobility (how much people move around) nor lockdown stringency (how harsh the lockdown is) come up as factors that determine mortality rates or duration to peak in the death curves. The virus does what the virus will do, whether or not the populace has been locked down. This applies in South Africa too. The graph below overlays the lockdown levels over the growth in positive cases, showing no change in the rate as lockdown was eased. If lockdown worked, we should have experienced a growth in positive tests and deaths as we went from Level 5 to 4 to 3.

In short, if you can’t tell, by looking at an epidemic curve, whether or when a country locked down or released, then the lockdown had no effect. Wherever one looks, one sees the same curve, and that curve doesn’t depend a jot on whether there is a lockdown in place or not.

On 4 May, PANDA wrote to the President attaching the first paper we produced. That paper sought to compare the deaths that would be caused by lockdown with those that would result from Covid-19. To calculate Covid-19 deaths we relied on the worst case models produced by the Actuarial Society of South Africa and Stellenbosch University, which predicted between 89,000 and 351,000 Covid-19 deaths. Although we used these models to conclude that the loss of life caused by lockdown would far exceed the deaths caused by Covid-19, PANDA stated in that first paper (page 15) that we estimated 20,000 deaths from Covid-19.

We came to that conclusion by applying the experiences of other locations; South Africa having been fortunate in the sense that the pandemic arrived here after it had already run its course in certain other countries. We showed that if South Africa behaved as other countries have, we could expect somewhere between 10,000 and 20,000 deaths, possibly with more the longer the lockdown was maintained.

We believed that the virus would follow a similar route in South Africa to that it had followed elsewhere. Our projection approach was the same as that taken by Nobel prize-winning scientist, Michael Levitt. It is an approach that is frowned upon by academia who adopted “SEIR models”, which sought to calculate the trajectory of deaths by modelling the causal structure of individuals’ behaviour. Academics seem to think that this retrospective approach is not scientific and a firm of actuaries who similarly adopted a retrospective approach were described as “curve-fitting clowns”, even though their approach produced much more accurate outcomes.

PANDA has never been in the modelling game but in our mission to call out bad science, we have pointed to the experience in other countries and asked those who predict a far worse outcome for South Africa to explain why. We have yet to receive a response.

As it became clear that PANDA would have to make some kind of projection to be taken seriously, we applied Professor Levitt’s “Gompertz curve” method to produce a projection for the Western Cape that turned out to be much tighter and more accurate than the NICD’s complex model was. That projection, unaltered since 10 June, has continued to produce the goods for nearly two months, forecasting accurately the peak and decline of the province’s totals as it nears herd immunity. Meanwhile, the NICD model predicted exponentiating curves with a massive range between high and low forecasts, that have disappeared off the top of the page. The NICD model is, after only a few weeks, so out of sync with reality that it serves no useful purpose.

Note how the actual numbers (orange) track the Gompertz numbers (blue), decreasing consistently with no discontinuity in the 20 to 30 June window where NICD modellers would have expected to see a pronounced effect from the 1 June move to Stage 3.

With government and academia refusing to use a retrospective-looking model, PANDA last week proposed that NICD adopt a “D-Model” approach proposed by Dr. Azwinndini Muronga at Nelson Mandela University. This is a model that, like the SEIR model, attempts to calculate deaths by modelling the causal structure of behaviour, but which, unlike the SEIR models, can be parameterized to produce a fit to overseas and South African experience. PANDA’s call has again gone unanswered.

This leaves PANDA with a moral dilemma. PANDA is not about modelling, but about replacing bad science and policy with good science and policy. However, the NICD hasn’t released any further update to their model since 12 June. That update was hopelessly inaccurate, despite entailing massive confidence intervals—they estimated between 3,610 and 14,000 deaths on 13 July—and only extended through to 15 July. Falling back on the previous 19 May NICD model is unhelpful, as it too is inadequate, predicting anything from 4,000 to 35,000 deaths for 1 August. This leaves medical administrators at a loss, and we do not think that is at all fair. We have therefore taken a decision to release Gompertz curves for each of the Provinces. A later article will provide guidance on how to translate these curves for the purposes of anticipating local resource requirements.

Whereas the Western Cape’s deaths data has seemed quite reliable, we cannot say the same for the other provinces. In recent days, strange anomalies have emerged. Between 21 July and 30 July, the Eastern Cape added 474 deaths (12 times its daily average), Gauteng 209 deaths on 25 July, the Free State 91 deaths on 27 July and the North West 61 on 28 July, all without comment. In Gauteng, Baragwanath, the largest hospital in the southern hemisphere, appears not to provide data daily to the NICD automated surveillance system. The National Department of Health (NDoH) also provides sporadic updates even when better data is available from the NICD hospital reports.

We surmise that there is some catch-up reporting going on, but the fact that the updates have all come in the same week as the President announced a tightening of lockdown cries out for an explanation.

PANDA asks: Will SA deliver the worst age-based performance in the world?

In combination, these anomalies approach a thousand deaths. With them, South Africa is on track to be the worst performing nation in the world in terms of age-based mortality, which will place its policy responses under a giant international microscope. Those who think that South Africa needs more deaths in order to justify the destructive lockdown have perhaps not realised the impact of adding deaths to the tally. Having implemented one of the harshest and longest lockdowns in the world, being the worst-performing country would remove all doubt that lockdown was a terrible policy to apply in South Africa and that it should have been scrapped as soon as it became evident that it was causing more loss of life than Covid-19 and when it became clear that the healthcare system was as prepared as it ever would be.

With no information regarding the actual incidence of death, the newly-added deaths must be smoothed over past weeks using intelligent guesswork. The poor quality of the information leaves us less confident in the curve projections than we were for the Western Cape, but no less confident that they will outperform the NICD model and, if past updates are anything to go on, whatever update of their model the NICD comes up with next. PANDA will adjust the projections if further material anomalies arise.

Note that performance in line with the lower bound would imply that South Africa reached its peak last week.

Note that all curves imply that the Eastern Cape peaked in the last two weeks.

While there is no evidence of any change in the trajectory when the Western Cape moved from lockdown level 4 to lockdown level 3 on 1 June, there is plenty of evidence for the damage that lockdown continues to wreak on the economy.

As PANDA argued in its first paper, this economic malaise will be deadly. We expect the excess deaths identified in the SAMRC report, most of which are caused by lockdown, to persist—or perhaps increase—even as the Western Cape’s epidemic continues to subside. These deaths are not just caused by economic impact, but by fear. We have heard that attendance at TB and HIV clinics has plummeted. About eight million South Africans are living with HIV and about 300,000 are living with TB. Our healthcare programmes targeting these diseases have been credited with reducing deaths dramatically in recent years. A tiny decrease in effective care for either of these diseases, as a result of non-attendance at clinics or the diversion of resources to Covid-19 would result in a dramatic increase in excess deaths.

The whole country, not just the Western Cape, needs to do what it should have done in the first place, and what PANDA has from the start pointed out would be an appropriate reaction to Covid-19. The old and infirm should limit contact if they choose to, and the rest of us should get on with life.