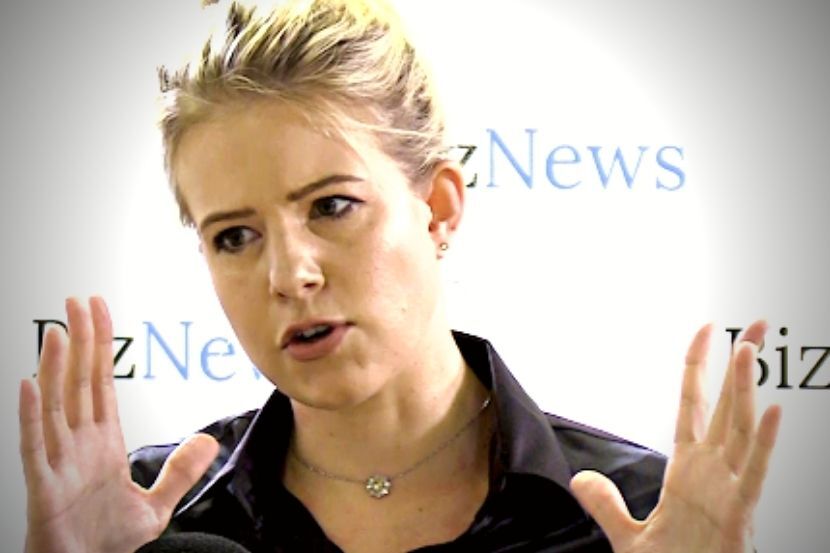 Advocate Erin Richards explains how Boston-based multinational consulting firm Bain is up to its neck in the Zupta state capture project, unpacking its critical role in helping dark forces secure control of SA Revenue Services. Sharing conclusions after having read most of the Zondo Commission’s 57,000 pages of affidavits and transcripts – and Part One of Judge Zondo’s conclusions – the legal eagle is under no illusion: the Grand Plan relied heavily on Bain’s strategic expertise and guidance on how to grab the levers of the SA economy. This, in turn, enabled industrial-scale plundering of SA’s national resources. – Alec Hogg

Erin Richards on Bain, a participant in a process that inflicted serious damage on SARS

The core issue is that if we look back to about 2008, 2009, a couple of years after that, SARS really was an exemplary institution. It was globally ranked as one of the foremost tax administration authorities in the world. Then, suddenly, with Tom Moyane’s appointment, within a few months in 2014, 2015, a wrecking ball crashed through SARS and decimated the institution. The summary, as far as Bain is concerned – what they’re contending with – is the allegation that the collapse of SARS was not just about political interference or maladministration. It was actually primarily co-ordinated and planned many years in advance by Bain, which appears to have had a concerted plan to destroy that institution. And that is what we’re dealing with here.

On the chronology of Bain’s plan, the end goal being to secure control of SA Revenue Services

There was a plan. I’m quite happy to speak factually about that because the evidence presented in this report is absolutely overwhelming. The speed at which this was executed bears witness to that planning. The best way to do that is to track the chronology of what happened. I’m going to stick to the key events. In 2008–2009, SARS was flying. Then in 2010, March or thereabout, a man by the name of Vittorio Massone arrived in South Africa and took the position of managing partner at Bain. I think that was the key senior representative of Bain in South Africa. One-and-a-half to two years after Massone’s arrival, strange things started to happen. The first is that Massone began meeting with Jacob Zuma, former president of South Africa. That happened mid-2012. There were 17 meetings over a period of two years. When that took place, there was no contract between the government and Bain. So, what business did Massone have meeting with the president? To this day, we don’t know in detail what was discussed in those meetings, all we have access to is some real documentary evidence in the form of emails where Massone happened to record some of the context of those conversations.

The second strange thing that happened, in the same time bracket, Bain was drafting a whole lot of plans and documents. Again, there were no contracts, they didn’t have a mandate to do this. Bain started drafting a whole lot of documents, plans and strategies for the reform of the South African economy. All sectors of the South African economy: IT, infrastructure, energy, etc. Not only do these documents disclose plans to transform SOEs and state entities, but they want to transform the economy sector by sector with [what it looks like] the end goal to centralise procurement. We have seen how procurement gets used to facilitate state capture. That is what has come out of the Zondo Commission in no uncertain terms.

The very disturbing part is the other thing that was discussed in these documents; Bain was developing something it called an execution agency. The execution agency, according to those documents, was a body that was going to sit outside of the executive; the executive being the president and the cabinet. Who knows who they intended to sit on this execution agency, but it would basically be a body outside of government, outside of the executive, outside of oversight functions. No one would be watching what that body would be doing. And their role was to deal with roadblocks in the implementation of this plan. So, if there was any resistance, this organisation would deal with it in some way or another and presumably would also be involved in the centralisation of the procurement.

On centralising procurement to result in bottlenecks

Centralising procurement is firstly, a daft idea because it results in bottlenecks. Our procurement policies are far too complicated. That is also a problem because when they are too complicated and you have responsibility that is invested in too many functionaries, you land up in a situation where you cannot track accountability because you don’t know who’s supposed to be accountable for what. I run up against this in cases where I’m dealing with issues like Eskom, for example. When you are trying to work out who is supposed to be accountable, you can’t because the procurement policies are so complicated. So, I am an advocate for simplifying the procurement policies and I do think that our procurement legislation needs an overhaul, but centralising is not a good idea because to vest something in a singular functionary is a problem.

On Bain’s appointment to restructure SARS

In December 2014, SARS sent out an RFP. An RFP is a request for proposals, which invites tenders. They basically said that they want to restructure SARS. This is strange because why would you want to restructure an organisation that is operating perfectly? The RFP also intimated there would be a need for an external consultant. Again, why do you need an external consultant when SARS was functioning as brilliantly as it was? It makes absolutely no sense. Government departments bring in consultants only as a last resort when the organisations are in serious need of restructuring. However, the RFP went out and along came Bain as a tenderer.