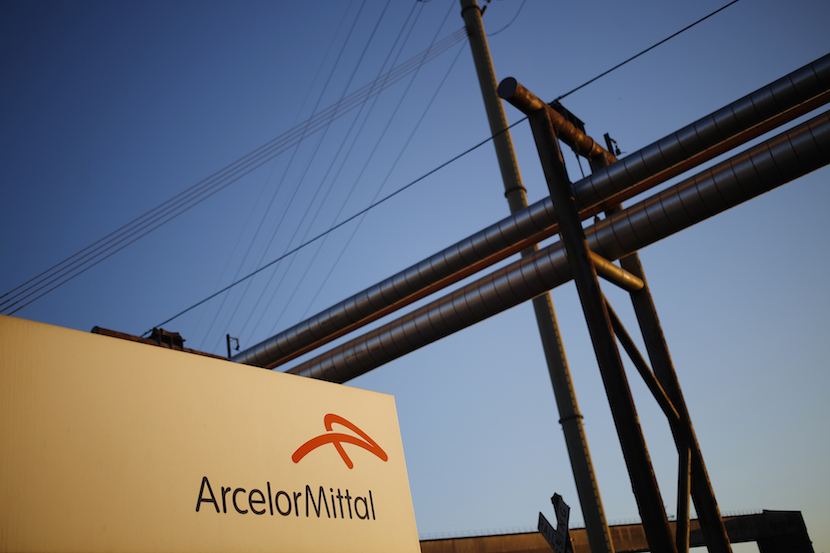 In mid-2020, ArcelorMittal SA was on the ropes, with critics predicting it was only a matter of weeks before the long-time loss-making company hit the wall. But in little over 18 months, the world has changed for AMSA, thanks largely to CEO Kobus Verster’s turnaround strategy, which has paid off handsomely. Now the trimmed-down group is repositioning itself as the champion of South Africa’s industrial backbone. Verster shares the back story to the JSE’s great turnaround stock of the modern era with BizNews editor Alec Hogg and considers what lies ahead.

After 2010, the group lost about R20bn, of which R12bn were cash losses. The financial strain was severe. Mittal, the holding company, supported the local unit for many years. At some point, they had more than R8bn in funding to the organisation. As a shareholder, they supported the company to the benefit of all shareholders. The misperception in the market is that the local unit has been used as a cash cow. However, Mittal has funded the local unit for many years up to two years ago. We had many raw material bills outstanding from them, which we did not pay and could not pay. So yes, it is a wrong perception. Last year was a good year for us. I don’t think it’s abnormal. The company is totally different today than four or five years ago.

If you have integrated raw material supply, it’s always beneficial. We have diversified our raw material supply base with smaller domestic suppliers. Our raw materials increased by 10% last year whereas internationally it increased by 42%. Yes, it would have been nice but we took a different approach a few years ago. Instead of complaining about the issue, we have assisted and developed smaller companies and now source 100% cost link than export parity pricing.

On reshaping the organisation through productivity, for better procurement and operation

In 2018, we looked at ways to substantially change the organisation. On the raw material side, we changed the way the company procures and operates. On the cost side, we did a lot of things that were difficult but necessary. We have certain inherent problems. Electricity in South Africa is expensive. Our productivity is not where it should be and those are issues we still have to work on. Automation is one way we can improve productivity. You have to digitise and work with fewer people.  We have reduced our labour headcount substantially and are now at the point where we can now tweak constantly instead of having to do radical things.

On a customer-focus approach

Domestic supply always adds a benefit. We are close to our customers; we’re close to the market. You get plants overseas that produce three million tons of only one product, whereas we produce 200 products, which also makes it a bit more expensive. One of our strategic pillars is to be more connected to the customer, to see how we can jointly mine the value chain. We acknowledge that from a customer-servicing perspective, we’ve made mistakes, but on average, we have a good relationship with customers. I meet my customers very often. We improve our service offering by training people, by getting in new people and by innovating. We have the skills base. One has to get out of that big tanker mindset and be more nimble. An example of this is our use of technology. We applied a new system where customer complaints can be resolved a lot quicker. By doing so, you take a bit of frustration out of their lives. We have many other initiatives to keep improving on that. We do customer surveys, understand the issues and look into those.

We still have to prove sustainability. We have a lot of work to do. We had a very aggressive restructuring plan that we implemented. We’ve now replaced it with a five-year plan in trying to create more value, and we have to deliver on that. In our type of business, if you are not cost-conscious and cost-competitive, you don’t have a right to exist. In the next five years, interesting things are coming up. The whole decarbonisation journey is scary, but a very exciting opportunity for a lot of people. It is almost like revitalising an old industry into new assets. It attracts engineers and people will be able to learn. I’m excited about that.

I can sum up AMSA’s performance with one phrase: “They are shining with the downstream’s starlight.”

AMSA made a profit of R6.86bn and, although some downstream companies also performed well, the steel downstream is bearing the brunt in favour of this monopoly. In 2021 alone, the downstream had to cough up more than a billion (in respect of the importation of flat products) in order to protect AMSA. The duties even prevent the re-rollers from competing with AMSA, rendering AMSA the sole producer.

If AMSA claims the duties protect the steel industry, it can only refer to long product where there is, in fact, competition and the South African price norm compares with international prices. Flat products – where AMSA has the absolute monopoly – have always been more expensive than the rest of the world.

The promise of the R4.5bn investment (supposedly aimed at improving AMSA’s primary steel-producing competitiveness), in exchange of the initial customs duties introduced in 2015, never [materialised]. AMSA, however, repatriated R3.2bn out of the country by paying back a loan from the parent company.

Expensive raw material renders the downstream uncompetitive. Since the introduction of duties, we have warned the duties will be to the [detriment] of AMSA’s own customers and the numbers stand testimony to this.

Since the implementation of the duties and before Covid-19 struck, more than a thousand steel companies had either been liquidated or put under business rescue. The duties (custom- and safeguard duties) protecting AMSA played a huge role in their demise.

AMSA was saved by a sharp upturn in international steel prices. This was further enhanced by China’s new policy of not allowing steel companies to claim back the 13% VAT when they export. AMSA labelled this as a subsidy (by the Chinese Government) but most countries, including South Africa, do not charge VAT on exports. What the Chinese have done now can be regarded as ‘export tax’ on their side.

As long as AMSA is protected by means of duties, the downstream’s competitiveness will be adversely affected.