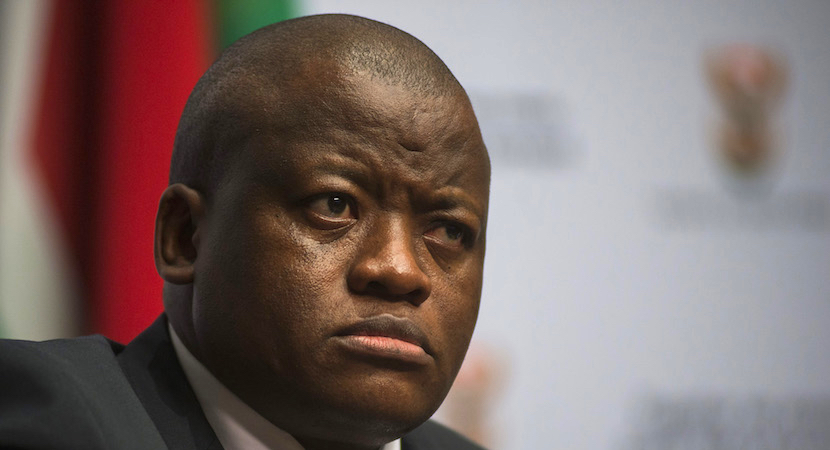 The very fabric that has held Treasury together during trying political times is falling apart. National Treasury on Wednesday afternoon confirmed that its Director General – a man who has 20 years experience in the department and who has been DG for six years – is stepping down at the middle of next month. The announcement of his departure comes just days after President Jacob Zuma axed his finance minister Pravin Gordhan as well as his deputy Mcebisi Jonas. Gordhan was replaced with Malusi Gigaba, who is said to be a close Gupta ally. Meanwhile, another Guptanite and somebody who infamously sparked the phrase ‘Saxonwold Shebeen’, former Eskom boss Brian Molefe, is looming large over Treasury after he was made an MP earlier this year. Surprisingly, Molefe was not made Minister of Finance in last week’s Cabinet purge. In fact, Molefe has no ministerial position following the reshuffle. But Molefe – who was also disgraced in Public Protector Thuli Madonsela’s State of Capture Report – is seemingly waiting in the wings and talk on social media is already suggesting that he could take Fuzile’s place. Of course, this is pure speculation, but the unpredictably of South Africa under Zuma means that anything can happen. Watch this space. – Gareth van Zyl.

(Bloomberg) – The head of South Africa’s Treasury, Lungisa Fuzile, said Wednesday he’s asked to leave government in May, one year before his contract expires, but that his departure was unlikely to trigger an exodus of other top officials.

He has discussed his departure with Finance Minister Malusi Gigaba and may delay his exit if necessary to ensure a smooth transition and preserve the institutional integrity of the Treasury, Fuzile, who is the director-general, said in an interview in Cape Town. He is leaving for family reasons, he said.

“It is not that I am leaving a house on fire, it is not that I am being chased away,” Fuzile said. “I have discussed it with minister Gigaba and we have agreed on the principle that the exit must be informed by the need to ensure a smooth transition. It is highly improbable that there will be an exodus” of other officials, he said.

Fuzile, 51, said he had informed former Finance Minister Pravin Gordhan of his plans to leave a day before Gordhan was fired on March 31. He’s been in the post for six years. The cabinet last year extended his original five-year term for 24 months.

Director General Lungisa Fuzile today confirms reports of his imminent departure at National Treasury. Fuzile’s contract was due to end in May 2018, however last week he requested former Minister Pravin Gordhan for a redetermination of his contract with the exit date of 15 May 2017.

He has been indicating his desire to leave the Treasury for some time. In the past few days, Fuzile has been focusing on ensuring a smooth hand over to Minister Malusi Gigaba. Whilst Fuzile has indicated his flexibility to stay on for reasonable amount of time if needed, he and the Minister are in discussions on how to ensure that a smooth transition and the institutional strength of National Treasury is sustained and reinforced.

On continuity Fuzile says, his departure and that of his previous principals should not necessarily lead to a change of course as the mandate of National Treasury is reinforced by the Constitution and a number of other legislations, Fuzile says. He says, National Treasury officials are competent, highly skilled professionals who are very conscious of their higher duty.

Their commitment and diligence is not attached to a Minister, and they will continue to serve the nation to ensure protection of the fiscus and the sound financial management in South Africa under the current leadership of Minister Malusi Gigaba and Deputy Minister Sfiso Buthelezi.

Fuzile, a diligent and committed public servant, leaves National Treasury after 20 years of service. He moved within the ranks from a Deputy Director after joining in 1998. In May 2017, he will be completing six years in his role as Director General of National Treasury.