A privately funded survey taking in the views of at least 17 000 Gauteng voters confirms what many suspect: Under President Jacob Zuma, the ANC is losing significant support among the masses. Zuma probably doesn’t care about this, though, as he has installed his friends across state entities and in Parliament. In short, he has found a way around the separation of powers in a democracy by making sure the corrupt and captured are in control and by axing those who question his decisions or refuse to comply with his friends. In this article, David Everatt of the University of the Witwatersrand shares data that backs up polling indicating a decline in electoral fortunes for the ANC. The message is clear: The ANC voter in metropolitan areas is no longer prepared to be taken for granted by Zuma and his gang. Other parties, meanwhile, should learn a few lessons from these figures. Converting ANC losses into a majority is a challenge, as past experience shows. – Jackie Cameron

President Jacob Zuma cost the ruling African National Congress millions of votes in the country’s local government elections in 2016. Core ANC voters stayed away, were repelled by the party – or simply gave up on it.

This comes through clearly from private polling data gathered before, during and after the general election in 2014 and the local municipal election poll in 2016.

Presidential candidates and party leaders are meant to “lift” the vote for their party, as Donald Trump did for the Republicans. But not in South Africa. What’s clear is that Zuma’s follies cost the ANC dearly throughout South Africa, but most particularly in Gauteng – the country’s most educated and connected province, with the largest black middle class – and KwaZulu-Natal, supposedly Zuma’s staunchest support base. The ANC vote dropped everywhere else as well.

Data based on a survey of over 17 000 Gauteng voters, conducted for a private donor and published here for the first time, backs up polling data indicating that a stately decline in electoral fortunes for the ANC, which had drifted downwards by a couple of percentage points in previous elections, was suddenly given a steroid injection by the controversies swirling around the president in the run up to the 2016 local elections.

It would be inaccurate to draw absolute causal links and declare that Zuma’s behaviour cost the ANC, for example, 11% percent of the Gauteng vote. But it would be entirely accurate to say his behaviour had a direct and negative impact on the choices voters made.

And of course there were other factors, for example the predictably lower turnout in a local as opposed to a general election. This was compounded by the extent to which ANC voters either stayed away (in massive numbers) or voted for other parties.

The sins of incumbency

Approaching the 2014 election, the ANC in Gauteng was sitting on 53% in the polls, and won with 54%. Two years later this dropped, catastrophically, to see the ANC with just 41% of polled Gauteng voter support, just before the 2016 election. It lost control of the metros of Johannesburg and Tshwane, as well as many local and district municipalities in (and beyond) Gauteng.

Zuma was not the only factor. Attacks on generalised ANC corruption were widespread, party and branch disorganisation (accompanied by disputed lists and so on) were common. The ANC seemed completely out of touch with voters. The electorate were demanding change. It was a message the main opposition party, the Democratic Alliance (DA), ran with.

The ANC, after apparently spending R1 billion on its election campaign, came up with “advancing peoples’ power” as its slogan. This was unlikely to galvanise the professional black middle class.

The “sins of incumbency”, as ANC luminary Joel Netshitenze memorably called them, weighed heavily on the ANC. But they did so in 2014 as well, and the ANC managed to cling onto majorities. So what happened in between?

Drivers behind the ANC’s meltdown in 2016

There were a number of contentious issues around Zuma at the time of the local elections in August 2016.

Nine months earlier he had fired the respected Nhlanhla Nene as Finance Minister.

In March that year the country’s Constitutional Court made a damning ruling about Zuma’s handling of the report by the Public Protector who had found two years earlier that he benefited unduly from the R246 million the state had spent on the upgrades to his Nkandla homestead. The court said that the president had failed to uphold, defend and respect the Constitution as the supreme law of the land.

On top of this, six weeks before the election Zuma failed in his appeal – one of many he lost – in the country’s High Court, against a ruling that corruption charges against him be reinstated.

A few weeks before election day, we interviewed registered voters in Gauteng and asked them:

Please rate how large an effect, if any, each of the following issues has had on how you will vote in the next election?

• The firing of Nene;

• The Constitutional Court ruling on Nkandla; and

• The corruption charges against Zuma.

A five-point impact scale was offered: “no impact”, “not very much”, “unsure” (the mid-point), “some”, and “significant”.

Nene’s firing: While a quarter (23%) of respondents said this had not affected their decision of which party to vote for at all, firing Nene made 41% of voters at least re-think which party they would vote for.

Constitutional Court ruling on Nkandla: A fifth (20%) said this had not affected their party of choice, and 9% said “not very much”. Another 34% said it had “some” impact on their choice, and a further 20% said the impact was “significant”. This means that Nkandla had an impact on the voting choice of 54% of Gauteng respondents. 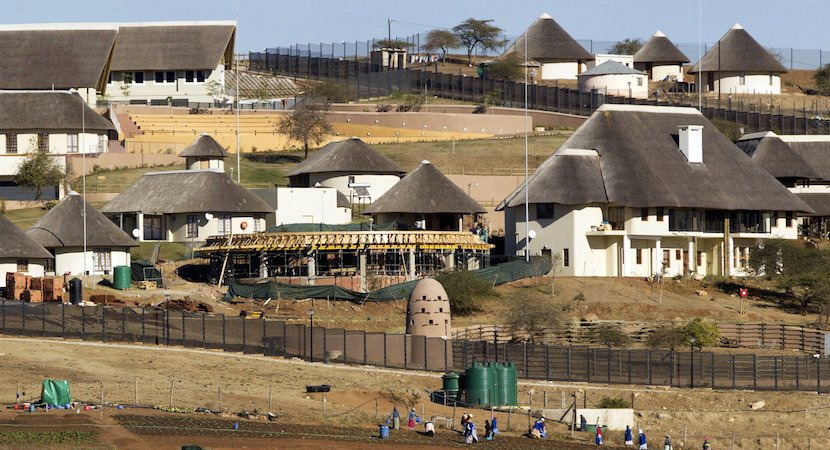 It may seem remarkable that to date, no one has released data to demonstrate Zuma’s impact on the election. Many predicted it but few have quantified it. This may be because the size of the ANC losses spoke volumes on their own; or that being a local election, local contexts were seen to be the dominant factor.

More pointedly, the ANC has had nothing to win – till now – by publicly pointing to the Emperor and his lack of clothing. Stuck with Zuma, the party seems to be trying to come to grips with defeat in major cities and multiple small towns, and worrying about the portents for 2019 which can be summarised as: not good.

But while the ANC lost its majority, no other political party was able to attract voters that had abandoned the erstwhile liberation movement. The Economic Freedom Fighters (EFF) and DA made a showing that was not much better than in 2014. But why were they unable to translate voter disquiet and worse, into their own majorities?

These polls were done even before the recent crisis that hit the ANC with Zuma’s dramatic cabinet reshuffle and the subsequent downgrading by ratings agency Standard & Poor’s of South Africa’s foreign currency rating to sub-investment grade status.

The hubris is clear: the ANC voter is no longer willing to be taken for granted by a self-serving leadership who acts with impunity. One wonders if the ANC as a party has the capacity to learn this lesson; and if it does, is it too late to save itself come the next general election in 2019?

The data used here are taken from private polls run before and during the election; the polls only measure Gauteng voting behaviour. These polls have been conducted for many years, and much of the data have previously been released in academic format.