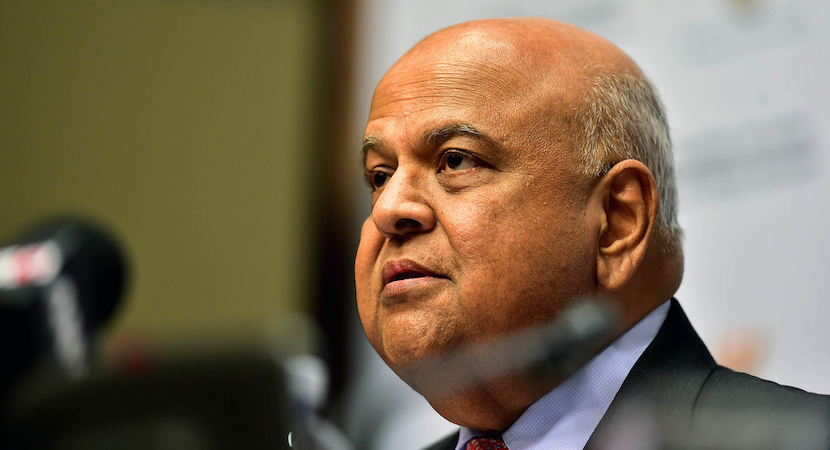 CAPE TOWN — Facing up to the multiple crises facing South Africa, with Eskom front and centre, without bowing to easy, short-term populist demands, is today the bed-rock philosophy of his fast-reforming ruling party. That’s how Public Enterprise Minister, Pravin Gordhan’s bolstered the earlier trend-setting State of the Nation address by President Cyril Ramaphosa during debate in parliament this Tuesday. Rebuilding the economy and the capacity to properly implement appropriate policies after nine years of ‘selfishness, greed and personal profit’ betrayed the ruling party’s mission, were now paramount, he stressed. In a seemingly veiled reference to the EFF, Gordhan warned populist opposition parties exploiting the fears of voters while ‘pontificating on their purity,’ that they (also) stand to be deeply embarrassed by the findings of several commissions probing graft and corruption. He hinted that government could soon lead from the front in its relationship with business, taking on vital projects which lesser-resourced corporates typically avoid, thus accelerating job creation and economic reform partnerships. Gordhan has spare passion to burn. There’s nothing to match the fervour of one recently denied the chance to serve the greater good – and victimised by those stealing from the electorate. – Chris Bateman

A year ago, we set out on a path of growth and renewal. Emerging from a period of uncertainty and a loss of confidence and trust, we resolved to break with all that divides us, to embrace that which unites us.

We resolved to rid our country of the corrosive effects of corruption and to restore the integrity of our institutions.

We resolved to advance the values of our Constitution and, to once again, place at the centre of our national agenda the needs of the poor, unemployed, marginalised and dispossessed.

27 April 1994 heralded the beginning of a new nation and the building of a democratic state guided by the aspirations and values of non-racialism and non-sexism, of patriotism and a commitment to democratic principles. Above all, a commitment to transform the economy, state and society.

We entered into a contract with the poor, the majority of our country. With that we committed that we will lift you out of poverty, that we will give you dignity and self-respect and create opportunities for economic and social wellbeing.

Indeed, we said to all South Africans coming from our diverse backgrounds that we are all part of this new nation.

Similarly, to the aspirant middle class and those who are well off in our society, you will have the space to advance and grow, but as a young nation, you have a particular responsibility to be a patriotic middle and upper class balancing your needs and those of the nation.

But liberation and opportunity to engage in nation building also brings new and complex responsibilities:

Nonetheless, our vision for the role and nature of the state is encapsulated in the Constitution of the Republic of South Africa, the ANC’s Ready to Govern, the RDP and the NDP.

It is this African National Congress that has governed over the past 25 years and has transformed the apartheid state to the democratic state.

It is this African National Congress that has built from a desperate fundamental architecture. We forget that this architecture was built from the remnants of apartheid and the Bantu-stands and Tri-cameral system.

It is this ANC that provided the developmental orientation to the new state machinery and attracted more skilled South Africans to serve the majority poor and indeed all South Africans.

Their aspiration was driven by a higher purpose; to serve, to build, to extract people from poverty and landed a new dynamism to our country.

The strides that have been made are a product of a commitment that the African National Congress made to the people as early as in the lead up to the 1994 elections through the Reconstruction and Development Plan (RDP) that “…we cannot successfully build the economy while millions do not have homes or jobs. And we cannot provide homes and jobs without rebuilding the economy. We need policies and strategies to address all of the problems together…”

For us to get to a developmental state we aspire towards, and as articulated in the Strategy and Tactics (2007) document, we have to put the needs of our people first, driven by nothing else but the desire to change their lives and a need for a sustained and continued development based on high growth rates, the restructuring of the economy and socio-economic inclusion.

The state has made significant progress in the provision of basic services such as housing, water and electricity. The foundations for a capable state have been laid, but there are major concerns about the weaknesses in how these structures function, which constrain the state’s ability to pursue key developmental objectives.

The 2030 vision provides a guide to address twin challenges of poverty and inequality, whereby a state that is capable of playing a transformative and developmental role is needed. This requires well run and effectively coordinated state institutions staffed by skilled public servants who are committed to the public good and capable of delivering consistently high-quality services for all South Africans, while prioritising the nation’s developmental objectives. This will enable people from all sections of society to have confidence in the state, which in turn will reinforce the state’s effectiveness.

The Role of the State in Development and Innovation

Since 1994, the objective remains that of building a developmental state. To this end, much has been done, with much still to be done. The National Developmental Plan (Chapter 13) introduces the idea of building a capable state.

Since the dawn of democracy, it was realised that what was lacking in our efforts was the capacity to implement policies.

According to him, states distribute subsidies and incentives to the private sector with the understanding that incentives will be withdrawn if businesses fail to meet expectations. The ability of strong states to hold businesses accountable is key to these relationships. In South Korea, the government gave subsidies but then held businesses accountable “to concrete performance standards with respect to output, exports, and, eventually, R&D” (Amsden 1991, 284).

Recent literature further proposes a more dynamic, strategic and enterprising entrepreneurial role for the public sector. This view is backed by the activist role of the state in research and development.

According to Mariana Mazzucato (The Entrepreneurial State), the role of the state has gone way beyond creating the right infrastructure and setting the rules. It should be a leading agent in achieving the type of innovative breakthroughs that allow companies, and economies to grow, not just by creating the ‘conditions’ that enable innovation – for her, “the state can proactively create strategy around a new high growth area before the potential is understood by the business community (from the internet to nanotechnology), funding the most uncertain phase of the research that the private sector is too risk-averse to engage with, seeking and commissioning further developments, and often even overseeing the commercialisation process. In this sense, the state would have played an important entrepreneurial role”.

The entrepreneurial state has a vision for strategic change and should dare to think against all odds about the impossible, creating a new technological opportunity, making the large necessary investments, and enabling a decentralised network of actors to enable the risky research, and to allow the development and commercialisation process to occur in a dynamic way.

Sadly, over the last few years we’ve betrayed our mission and promise to our people. We have been diverted by those whose preoccupation, selfishness, greed and extraction for personal benefit. Indeed this was just not the problem for the governing party, others in this house who today pontificate about their purity will have many of their skeletons exposed.

In last week’s SONA you called for “bold decisions and decisive action”. We are running out of time and the country is running out of patience. You are angry and people are angry – rightfully so… We must get to a point where energy certainty is guaranteed.

In the ANC we don’t run away from confronting difficult and complex challenges that are facing our people. Led by President Ramaphosa, we are confronting our subjective and objective challenges in order to better respond to problems facing our people. We are not going to give short cut solutions and play/ exploit fears of South Africans as populists do and run away from real issues.