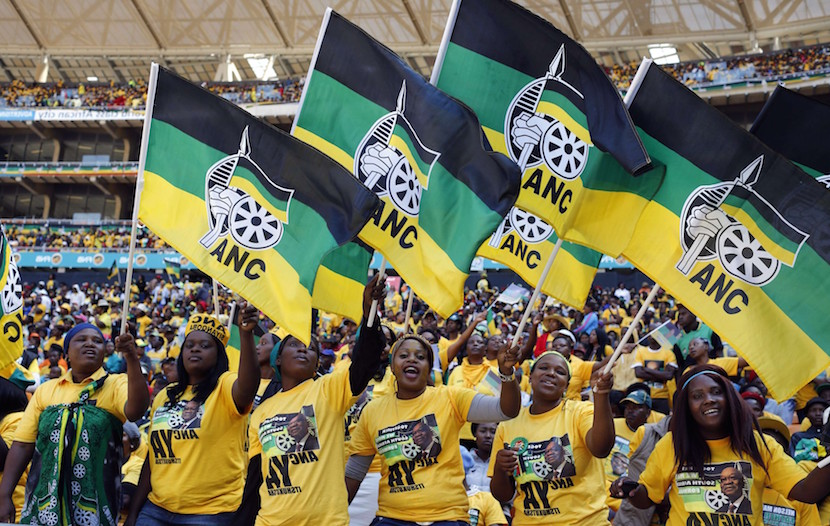 LONDON — This close to the election there is a lot of number crunching going on with predictions on what is going to happen in the May elections and probably the only thing that pundits do agree on is that it is a very hard election to call. The big question is, will the ANC be able to hold on to the majority of 62.15% it managed in 2014?  In a post on Facebook, Gareth van Onselen of the Institute of Race Relations has looked at trends in past elections and the ANC’s vote share as a percentage of registered voters on the national ballot and he concludes that ANC support has been slowly eroding since 1999 in all the provinces, except Mpumalanga. He also zooms in on the Free State, the stronghold of ANC Secretary-General Ace Magashule, where he says the ANC decline has been most evident. But, his analysis is based on the vote share as a percentage of registered voters, which is not how seats in Parliament are allocated. The only thing that will really count on election day is what percentage a political party will get from the number of registered voters that actually turn up to vote. – Linda van Tilburg

Hello all. I posted a series of tweets about the fragility of the ANC’s majority (@gvanonselen). Here they are:

As of 2014, after 20 years of slow, systematic erosion, the ANC’s vote share has fallen to less than 50% of all registered voters nationally (45.05%) and in eight of the nine provinces – all indicated in red. The only exception is Mpumalanga (58.66%) but that too, is in decline.

So, what does this tell us? A few things, but four important ones. First, the ANC has failed (with exception of KZN) to win over new voters. Its vote share is stagnant or in decline. Thus, as the electoral pool grows, its failure to win new voters means its vote share declines.

Second, following on from this, the ANC has a real and serious long term problem. It may be able to scrape a majority in this election but its failure to win new voters will soon enough catch up with it. The ANC’s actual numbers (last column) mask this decline.

Third, the gap between the ANC and the opposition is not as big as it appears. By contrast, and those numbers not on this table, the opposition – the DA in particular – generally grows above the number of new registered voters each year.

Fourth, this gap is most evident in local government elections (where ANC turnout generally declines) but they just a precursor for what is happening nationally. It is slower but very real. 2009 was the last time with ANC could boast a general majority of all registered voters.

Paid for advert on radio:
‘…Vote for the party that doesn’t tolerate corruption…vote #ANC!’

Some of us exists in a parallel universe.

If the ANC ends up between 55% and 60% in this election (and things not looking good on that front), it will only exacerbate this downward trend. The brutal truth is: for twenty years, the ANC had failed to win over new voters. It relies on a historical block of zealots.

Finally, this all goes the ANC’s legitimacy of the ANC’s majority – it is fragile indeed, and decreasing with every election. The party’s support is increasingly shallow, and an ageing support base, unless arrested, will soon be the death of it.

And then, some after-thoughts:

Sub thread on the ANC in the Free State (home of the great Ace). There are several provinces where the ANC’s vote has collapsed but the Free State is one worth looking at in particular, it is a mess – and Ace Magashule has failed at what matters most to ANC: winning votes.

Admittedly Magashule has been in and out of ANC Free State power, but as Chairperson or Premier, he has been at the top for the past twenty years. His electoral record is dismal, and that is the thing that perplexes.

My fellow #ANC supporters: Would you still vote for the ANC if you knew for certain that CR would be recalled after elections & replaced by Ace Magashule, for example?

The ANC is willing to indulge a lot but few things matter more than votes in a political party. Magashule is political poison on that front. The total number of ANC votes is down, its percentage is down and the ANC’s percentage of all registered voters is through the floor.

Yet, he endures, and is rewarded. It is remarkable. Just as is the case nationally, if the ANC wants to renew, it needs to win new voters. It cannot. In the Free State the problem is profound. And Ace Magashule is at the heart of it, the ANC’s vote is collapsing. It matters not.

And that is the ANC for you. It is only a political party formally. Informally, it is something else: a band of brothers. In the UK or US, Magashule would have been booted. In SA, he is rewarded: a dismal leader, with a dismal record and yet, on the up and up. Go figure.