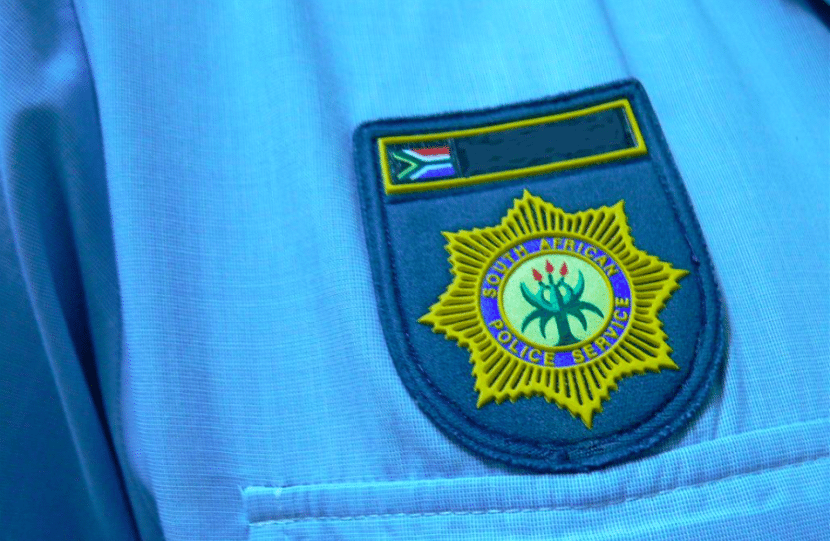 CAPE TOWN — If you thought Angelo Aggrizi’s account of the Watson business empire and its tentacles into every level of Zuptoid government was astonishing, there was a much more insidious and damaging enemy within. Former Independent Police Investigations Directorate (IPID) chief, Robert McBride, is outlining to the Zondo Commission how the Zuptoid-captured police hierarchy worked, going to extreme lengths to conduct “revenge prosecutions” against anyone threatening the corrupt status quo. The SAPS ran on patronage in which billions of taxpayers’ money was stolen or abused to further Zuptoid agendas. As McBride sees it, the minds of those involved in corruption are not anywhere near the issue of constitutionality and respect for the law. “They’re in it for greed and survival,” he asserts. He tells how disgraced former police minister Nathi Nhleko, hired a convicted jailbird with fake SA citizenship as his Chief of Staff, circumventing State Security Agency protocols by instructing a compliant IPID chief to clear him. Of IPID’s 265 investigators, the core group of untouchables tallied about 20, McBride asserts. A similar pattern was repeated across all police divisions, breeding an attitude of “why should I work hard when there’s no benefit?” State capture? State annihilation, if you ask me. Story courtesy the Daily Maverick. – Chris Bateman

Robert McBride: The biggest threat to SA national security comes from within

In 2016, as then president Jacob Zuma’s State Capture project reached peak feeding frenzy, the country’s Minister of Police, Nathi Nhleko, deliberately employed a convicted jailbird with a fake SA citizenship as the Chief of Staff in his office. Nhleko also circumvented the usual security clearance processes for this sensitive position.

As Chief of Staff, Zimbabwean citizen Leon Moyo, a.k.a. Lionel Mbangwa, was given access to highly classified information being sent to the Minister of Police’s office. The question then, McBride asked the Zondo commission on Tuesday, is “why would a government minister want an illegal immigrant as his Chief of Staff?”

Nhleko, who was appointed by Zuma in May 2014, must have known Lionel Mbangwa was not who he said he was. Instead of obtaining security clearance through the usual vetting process by the State Security Agency, Nhleko turned to IPID to slip Moyo/Mbangwa into the system.

Why Robert McBride will triumph…he knows the law, he stays within the law…he gets it….those who went for him, however, have no love or understanding of the law #Zondocommission

What is particularly interesting is that former Gauteng Hawks head Anwa Dramat, and later McBride, IPID chief investigator Matthews Sesoko and Limpopo investigator, Innocent Khuba, were all suspended by Nhleko on the now infamous and spurious “Zimbabwe rendition” investigation. This was an investigation which was originated by the shady Crime Intelligence division of SAPS.

Crime Intelligence was left without a permanent head for several years after the suspension in 2011 of Richard Mdluli – the man credited with aiding Zuma’s victory in reaching the highest office in the land.

Back in 2015, IPID at the time was headed by Israel Kgamanyane, appointed by Nhleko in an acting position after McBride had been unlawfully suspended by the Minister as Executive Director. Kgamanyane was previously IPID Free State provincial head.

McBride told the Zondo Commission that when he had confronted Kgamanyane about the peculiar path to Moyo’s security clearance, Kgamanyane had replied that he had done so on instruction from Minister Nhleko.

“The problem with his [Moyo’s] appointment is that he is a convicted criminal and illegal immigrant with no South African Identity Book/Card. He was convicted and sentenced to four years’ imprisonment for using a fraudulent ID. His security screening was processed through the IPID by Kgamanyane to avoid detection were it to be done through the SSA.”

The security of the state or the national interest “was of no concern. The Minister must explain it. He has never sought to explain it,” said McBride, adding, “we also have a paper trail on this process”.

The last time Nhleko found himself in such spotlight – justifying his own report into Nkandla and which exonerated Zuma – he sweated enough to fill a medium-sized, state-sponsored firepool in KwaZulu-Natal.

As far as can be determined, Nhleko has not yet responded as to whether he will challenge McBride’s testimony to the Zondo Commission or whether he will be doing so accompanied by his favourite operatic aria, O Sole Mio.

The ANC parliamentary caucus is back in Nkandla mode. Robert McBride was one of very few in criminal justice system who did his job fearlessly & with integrity, but the ANC fears his independence as IPID head & wants to end his career "because he doesn't get along with Cele"

In March 2019, Moyo/Mbangwa appeared in the Durban Specialised Commercial Crimes Court on charges of fraud in relation to misrepresenting his qualifications.

Before he worked in Nhleko’s office, Moyo had served also as spokesperson to Peggy Nkonyeni, former KZN Minister of Health and later Speaker in the legislature. Nkonyeni, who was accused of corruption but her charges were later miraculously dropped, was an AIDs denialist, like her close associate, the late Minister of Health, Manto Tshabalala-Msimang.

On Tuesday, McBride painted a devastating portrait of SAPS and how old apartheid-era habits of secrecy and unaccountably had remained intact in democratic South Africa.

The SAPS, he also said, ran on patronage.

There were favours done for seniors, jobs and promotion offered in return.

“Everyone is there to protect seniors. They have been appointed by them. People from the same college, the same station, the same village. Bonds are formed and unless you have a strong hand on the rule of law and Constitution you will never get the SAPS right,” McBride told the commission.

This, he added, was a system that affected “all aspects of our lives” as criminal and corruption syndicates required senior police not to investigate past acts, current acts and future acts.

“The intention is to steal money. I can show a litany of cases where billions have been stolen,” said McBride.

How MPs are treating Robert Mcbride reminds me of a certain tripartite alliance politician who said Nkandla was "Amanga abelungu" (White people's lies). But when the moment called for it, this politician jettisoned Zuma to join the the new bandwagon.

He added that forces that were fighting patronage in the SAPS were sabotaged politically by the Minister and through what the court later termed as “revenge investigations” by fellow officers.

Of course, while all of this was happening thousands of South African citizens became statistics of relentless violent crime. For those corrupted in the system, survival was the only goal.

The SAPS, he added, had never been reorientated towards “constitutionalism and respect for the rule of law. This is an attitude that feeds into corruption.”

Judge Zondo remarked that McBride’s evidence suggested that there were many in the SAPS who were happy to be pliant not only to their seniors but to outsiders, like private companies, individuals and crime syndicates.

“Another side that is worse,” said McBride in reply to Zondo, “is that the good cops who get the work done are not in it for being compliant or corrupt. They have to at some stage ask what is all of this for. A person who does half the work, has half the qualifications and gets promoted while the good cops are ignored.”

McBride said this demoralised “the good people holding the ship afloat” as it would be forgiven should they think “why should I work hard when there is no benefit”.

Setting out the climate of fear and terror following acting National Commissioner Khomotoso Phahlane’s rallying of Major-General Jan Mabula and a team from North West to investigate IPID investigators, who were probing Phahlane for corruption, McBride said IPID officers did not sleep in their own homes. Mabula’s team, said McBride, had used illegal apparatus to track, through Crime Intelligence, those who were investigating SAPS corruption.

“The only other time I have lived like that was as an activist during the apartheid years and my officials were scared a lot of the time. This cannot be overemphasised, but in fairness to them, they decided to stand firm. Only one of them turned and went about actively sabotaging cases.”

McBride said this culture of persecution against those investigating corruption had been passed down from one commissioner to another over the years.

“They had a laissez-faire attitude, they looked the other way, all for the brotherhood of the Blue Curtain,” said McBride.

He reminded the commission that “all our information on corruption and maladministration in SAPS comes from good police officers”.

“There are people who want to do the work. We don’t have a team that can do intelligence or a budget, but we have good citizenry within the police and complaints from the general public who do not like being abused.”

McBride said that by the time General Mabula arrived on the scene, “there was no one left at the DPCI or the NPA who could, in my opinion, give a good account of themselves when it came to stopping corruption”.

In July 2018 the NPA announced that Mabula and the rest of the North West posse who had done Phahlane’s bidding would be charged in the Johannesburg regional court. By then former head of the NPA, Shaun Abrahams, had been asked to vacate the post after a full Bench of the High Court in Pretoria found that his appointment had been unlawful.

McBride said that before this IPID had been “the last organisation standing. With 265 investigators, the core group did not make up more than 20. The higher up we went, the more resistance we met. We anticipated it but we did not think they would resort to this level to go against everything good in this country.”

He said that in his view “the minds of those involved in corruption are not anywhere near the issue of constitutionality and respect for the law. They are in it for greed and survival.” DM