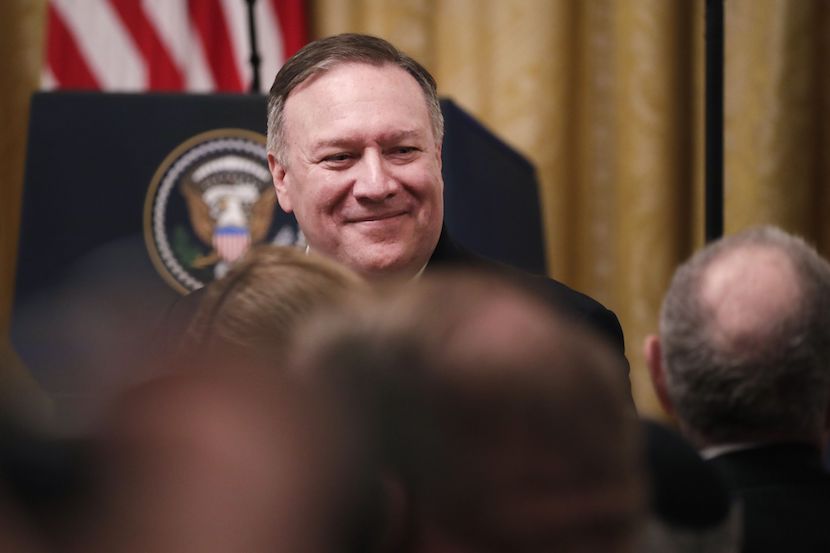 As South African Parliamentarians get ever closer to deciding whether land expropriation without compensation – dubbed EWC – will become a reality, the alarm bells are ringing loud and clear that such a policy would be very negative for the country’s long-term prospects. Many South African academics and business leaders have issued warnings and concerns about EWC, with the latest criticism of the policy coming from US President Donald Trump’s right-hand man, Mike Pompeo. The US Secretary of State has strong condemnation for the plan to seize land without compensation, warning it would be a disaster for the economy and would definitely deter foreign investment. What’s more, such a policy will put South Africa in the category of countries that are failed states. Currency traders did not appear to be bothered by the Pompeo statement, though, with the rand strengthening. – Jackie Cameron

South Africa’s plan to seize land would be a disaster for the economy, Pompeo says

By Nick Wadhams and Colleen Goko

(Bloomberg) – The South African government’s plans to expropriate land without compensation would be disastrous for the economy, US Secretary of State Mike Pompeo said.

The policy proposal is an example of centralised planning that has failed in other African states like Zimbabwe, Tanzania and Ethiopia, Pompeo told reporters on Wednesday in the Ethiopian capital, Addis Ababa.

“South Africa is debating an amendment to permit the expropriation of private property without compensation,” he said. “That would be disastrous for that economy, and most importantly for the South African people.”

The rand has proved sensitive to White House comments on the issue in the past. It slumped in August 2018 after President Donald Trump asked the secretary of state to “closely study the South African land and farm seizures and expropriations.”

“As long as the US doesn’t threaten sanctions against South Africa, the domestic news flow about South Africa’s failing state-owned entities and political inability to deal with the problem is enough to keep the rand on the back foot,” said Per Hammarlund, a strategist at SEB in Stockholm. “Pompeo’s comments are not threatening enough to make a bad situation worse for the rand.”