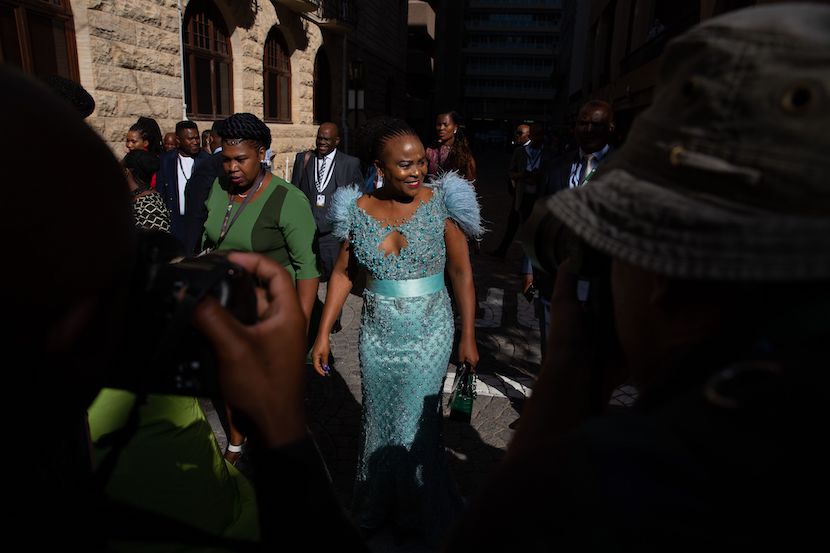 The Public Protector Busisiwe Mkhwebane’s battle against President Cyril Ramaphosa and the Minister of Public Enterprises Pravin Gordhan has gone many rounds. She has been knocked down round after round with court verdict after verdict calling her confused, that she had “imposed remedial action which went beyond the scope of her powers and acted in a procedurally unfair matter” and the court has, as legal expert Pierre de Vos pointed out, concluded that “the public protector is reasonably suspected of bias”. Today the High Court added another bruising verdict calling Mkhwebane’s report that President Ramaphosa had deliberately misled Parliament about a R500,000 donation to Bosasa and that there was evidence of money laundering, “fatally flawed.” Political parties in Parliament have called on her to resign immediately and said Mkhwebane was an embarrassment to herself, her position and her country. She was also accused of wasting taxpayers money. Yet, Mkhwebane is unlikely to listen and she is expected to appeal against the latest verdict and seems intent on trying to hang on to her position until her term expires in 2023. A process has been set in motion in Parliament by the Democratic Alliance, which has been approved by the Speaker to create new rules to deal with Chapter 9 constitutional appointees including the post of Public Protector. In terms of the rules a 3-person panel will be set up to consider the removal of Mkhwebane. It must include a judge, approved by the Chief Justice and the panel will have 30 days to finalise an assessment. This panel is expected to be constituted in the near future. Until then the Public Protector lives to see another day and remains in her post, like Lazarus with a triple bypass. – Linda van Tilburg

(Bloomberg) – South African President Cyril Ramaphosa notched up a key victory in his long-running battle with the nation’s controversial anti-graft ombudsman, when the High Court overturned her finding that he’d misled lawmakers about a campaign donation.

Public Protector Busisiwe Mkhwebane said in a report last year that Ramaphosa deceived parliament about a payment to his 2017 bid to win control of the ruling party and instructed legislators to censure him for violating the constitution and the executive ethics code. The president challenged her directive, saying he didn’t know about the funding, inadvertently failed to disclose it and rectified his mistake as soon as possible.

Ramaphosa acted in good faith and didn’t wilfully mislead parliament, and Mkhwebane demonstrated “a fundamentally flawed approach” in finding against him, the court said in a scathing ruling handed down in Pretoria, the capital. It found she had exceeded her mandate because she had no right to investigate private donations to a party campaign.

The Public Protector “recklessly ignored the evidence at her disposal,” said North Gauteng High Court Judge President Dunstan Mlambo, who ordered Mkhwebane to pay the legal costs of the case. “She breached her duty to approach every investigation in an open-minded fashion.”

The ruling is yet another blow to Mkhwebane, who is facing a parliamentary probe into her fitness to hold office after the courts nullified several of her previous rulings and rebuked her for failing to stick to her constitutional mandate. Her critics have accused her of playing politics and siding with Ramaphosa’s opponents in a power struggle in the ruling party.

Mkhwebane, who served in the state security agency during former President Jacob Zuma’s scandal-marred tenure, denies the allegations and says some of the criticism is aimed at undermining her investigations. Firing her before her term ends in 2023 would require the backing of two-thirds of lawmakers.

Mkhwebane initiated an investigation into Ramaphosa at the request of the main opposition party, the Democratic Alliance, which questioned whether a 500,000 rand ($31,000) payment his campaign received from Gavin Watson, the former chief executive officer of services company Bosasa, was above board. Testimony given to a judicial panel has implicated the company, which had business dealings with one of Ramaphosa’s sons, in paying bribes to senior government officials to win contracts.

The court said Mkhwebane demonstrated a complete lack of knowledge and understanding of the law when she found that money donated to Ramaphosa’s campaign may have been laundered. Her directive that Ramaphosa publish all donations he received was also set aside.

Mkhwebane will study the judgment before deciding on a further course of action, her spokesman Oupa Segalwe told reporters.