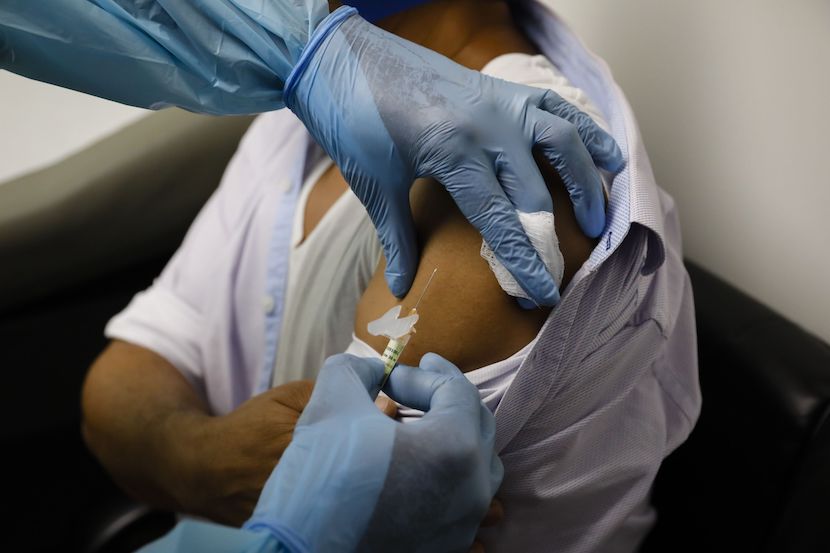 The delay in obtaining Covid-19 vaccines for the South African population has many citizens fuming. Health professionals have expressed concern over government’s lack of clarity surrounding the vaccine in SA, with many calling upon President Cyril Ramaphosa to remove those who are responsible for the failure to procure vaccines for citizens. As the number of infections continue to rise – and hospitals continue to struggle –  a vaccine rollout is crucial. A number of countries have began to roll out a vaccine programme, while South Africa struggles to ‘conclude any direct supply agreements with pharmaceutical companies’, says Bloomberg. Now, various South African medical insurance companies, businesses and the government are in talks to develop a programme, whereby the ‘private sector will help fund Covid-19 vaccines for people not covered by insurance’. – Jarryd Neves

(Bloomberg) – South African medical-insurance companies, business organisations and the government are developing a programme in which the private sector will help fund Covid-19 vaccines for people not covered by insurance.

Legislation has been amended to allow the companies to fund shots for people who don’t have medical insurance and talks are now focused on the number of those who may benefit, said Stavros Nicolaou, head of the Health Workgroup for B4SA, a grouping of South Africa’s biggest business organisations. In addition to medical insurers, companies such as miners may contribute funds so their workers can be covered, he said.

“We are looking at a model of some cover for uncovered patients,” he said in an interview on Monday. “For every funded person, there will be a contribution to the unfunded.”

The talks come as South Africa’s government faces increasing criticism by labour unions, health officials and opposition parties for its failure to procure vaccines even as at least 29 nations begin inoculating their populations. The country has yet to conclude any direct supply agreements with pharmaceutical companies. It expects to begin receiving shots in the second quarter to cover a 10th of its about 60 million people through the Covax initiative, which is trying to ensure equitable access to vaccines.

As of 2019, 17% of South Africa’s population was covered by medical insurance, according to the national statistics agency.

South Africa, with 1.13 million confirmed infections and over 30,000 deaths, is the nation in Africa most affected by Covid-19.

Allowing medical insurers or companies to import vaccines solely for their own members or employees could spark tension in South Africa, which is one of the world’s most unequal societies. The government is already struggling to meet a host of economic challenges, with many state companies dependent on bailouts from the budget.

A panel looking into how the programme will work is headed by Adrian Gore, the chief executive officer of Discovery, South Africa’s biggest medical insurance company.

Business is also trying to accelerate the arrival of vaccines in the country, Nicolaou said.

“We need to change the public narrative,” he said. “How do you, if at all, accelerate the timing?”