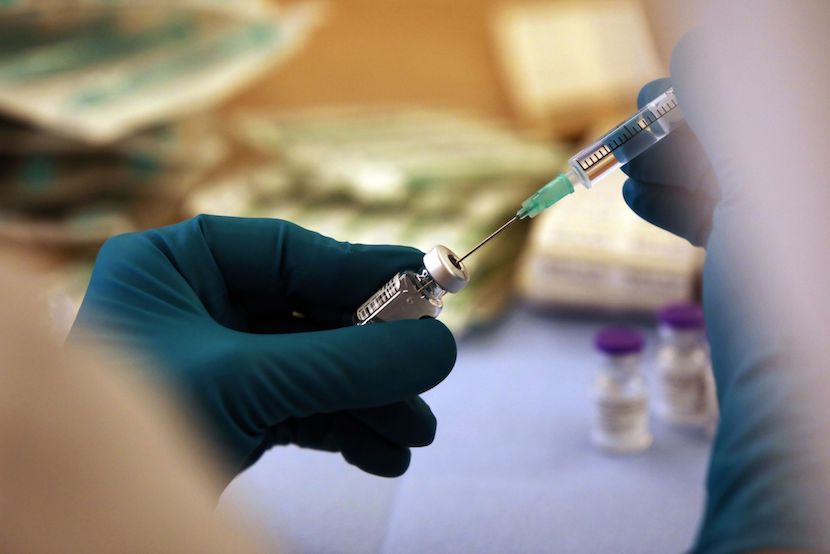 Leaders in the medical fraternity called for the axing of officials over South Africa’s failure to secure Covid-19 vaccines. Government officials on Covid-19 committees and in the national Department of Health have defended their processes, blaming historical inequities and pointing to the buying power of wealthier nations to justify the lag. The nation’s president, Cyril Ramaphosa has finally spoken frankly about the challenges facing Africa in the race to procure vaccines during the pandemic. He paints a bleak picture with few definitive answers. – Melani Nathan

(Bloomberg) – Africa has few options to procure Covid-19 vaccines as the outbreak of the disease worsens across many parts of the continent, South Africa’s presidency said.

Pfizer and BioNTech have offered to supply Africa with 50 million Covid-19 vaccines for health workers between March and the end of this year, the presidency said in a response to Bloomberg on Sunday. Moderna has no supplies for Africa, while AstraZeneca has no shots for the continent in 2021 and has directed the African Union to negotiate with the Serum Institute of India, which is making the vaccine on behalf of AstraZeneca. South Africa’s President Cyril Ramaphosa is the African Union’s chairman.

Ramaphosa’s response comes after days of withering criticism in South Africa over the country’s vaccine strategy from health leaders, labour unions and opposition parties. Even though four vaccine trials are underway in the country, South Africa has only arranged to purchase enough shots for 10% of its population of 60 million people through the Covax initiative, which is designed to ensure equitable access to the vaccines. These are likely to begin arriving in the second quarter. Some African countries have their own plans for vaccine procurement. Most do not.

“We are working hard in South Africa and on the continent to protect our people against Covid-19,” the presidency said.

South Africa is posting record numbers of infections and deaths and neighbouring Zimbabwe is entering a strict 30-day lockdown. The South African economy likely contracted the most in nine decades last year, according to official estimates.

In an emailed statement, a representative for AstraZeneca said the company has “created a number of supply chains around the world in order to provide broad and equitable supply to the vaccine.” The statement named Covax and the Serum Institute of India as the main channels through which African countries can access vaccines.

The cost of Pfizer’s vaccines are “prohibitive,” the presidency said. A representative of Pfizer confirmed talks with the African Union, declining to give further details. In a subsequent statement, a Pfizer representative based in the UK said the company remained “firmly committed to equitable access for Covid-19 vaccines.” “We have allocated doses for supply to low- and lower-middle-income countries at a not-for-profit price and we are actively working with governments all around the world,” the emailed statement said.

Discussions are taking place with Johnson & Johnson, which is conducting a trial in South Africa and plans to make 300 million doses a year at a factory in the country owned by Aspen Pharmacare when the shot is approved. J&J “has not clarified whether Africa will benefit from vaccines manufactured in South Africa,” the presidency said. “We still have to negotiate the price that is affordable to Africa.”

South Africa is holding direct talks with vaccine suppliers including J&J, AstraZeneca and Pfizer over supplies for the country, the presidency said. South Africa’s health products regulator is using a so-called rolling review, which allows it to assess vaccine data as it becomes available during the trials to assess J&J’s shot. It will do the same with AstraZeneca and Pfizer when they apply.

African countries would’ve been in a better position to gain early access to AstraZeneca’s and other vaccines had they been “as strategic” as wealthier nations and started talks directly with producers and in parallel with early efforts to secure access to Covax, Shabir Madhi, a vaccinologist professor and head of the South African arm of the AstraZeneca trial, told Bloomberg. “The Covax facility, whilst noble in its social solidarity mission for equitable access of vaccines, was never likely to break the legacy of the lag it takes before life-saving vaccines become available to low and middle income countries,” Madhi said.

While at least 29 countries, from Mexico to Germany, have begun inoculating their populations against the virus, South Africa has yet to conclude any supply agreements with pharmaceutical companies. Kenya, a far poorer country than South Africa, expects to get vaccine deliveries at the end of January or next month, Nairobi’s Standard newspaper reported on Sunday, citing the country’s health secretary. It didn’t specify which vaccine.

On Saturday, an opinion piece published in local media and signed by senior members of the Progressive Health Forum, which includes the heads of medical associations and academics, called for Ramaphosa to fire health department officials for their failure to secure vaccine supplies.

“As a health care worker with friends and colleagues in the front line and knowing health care workers who have contracted Covid-19 and died doing their duty, we are obliged to try to hasten access to the vaccine so they can do their job,” said Glenda Gray, president of the South African Medical Research Council and a member of the forum, in a response to queries.

South Africa, with over 1.09 million confirmed Covid-19 infections and 29,175 deaths, is the worst hit country on the African continent.