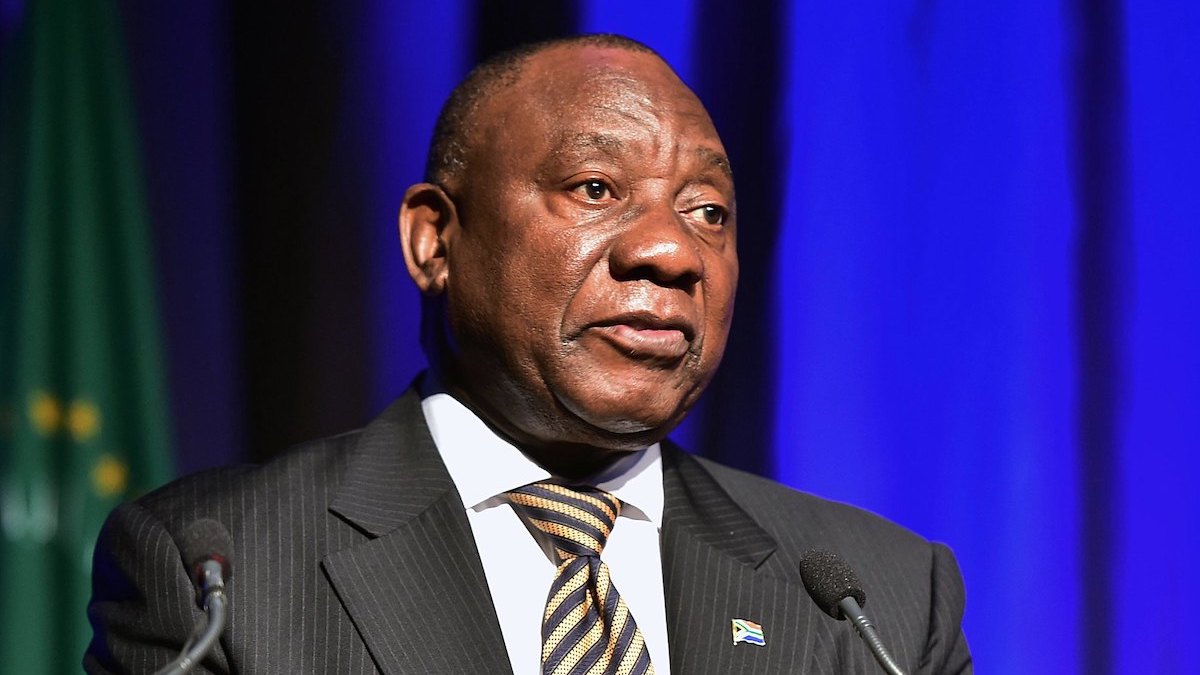 When Cyril Ramaphosa took the reins in 2018, many were hoping he would shift us into a place of growth and prosperity, correcting the ‘nine wasted years’ of his predecessor Jacob Zuma. Flash forward to 2022 and unfortunately not much has changed. As William Saunderson-Meyer puts it: “Ramaphosa may indeed be physically vertical but in every other way he’s been slip-sliding, like a jelly in an earthquake, in every direction. It’s difficult to think of a single promise that he’s delivered upon in all these four years.” (Cyril’s catastrophic year, The Citizen, December 11, 2021). To make matters worse he has been embroiled in controversies surrounding his business interests which have raised questions about his credibility. Professor Dirk Kotze examines how Ramaphosa’s business interests are threatening to derail his presidency and stall his economic and political reform agenda. This includes his latest energy plan and restructuring of power utility Eskom, as well as planned infrastructure development. The Phala Phala controversy hanging over his head has the potential to seriously harm his public reputation and affect international support for his economic reforms. This article is republished courtesy of The Conversation. – Asime Nyide

Ramaphosa’s reform agenda has two elements. The first is an economic reconstruction and recovery plan. This includes his latest energy plan and restructuring of Eskom, the power utility, as well as infrastructure development.

The second is to reunite the governing African National Congress (ANC) after his predecessor Jacob Zuma factionalised the party.

Both the economic and political reforms depend on his credibility and his success in overcoming resistance to his agenda. But a number of controversies relating to his business interests have raised questions about his credibility.

The Phala Phala controversy – regarding the theft of foreign currency from his Phala Phala farm in 2020 – is the latest complication caused by his relationship with the private sector. Opposition parties have latched on to it, calling for his impeachment by parliament.

It could be argued that Phala Phala has the potential to seriously harm his public credibility and the international support for his economic reforms. It could also embolden his political opponents within the party, making it difficult to reform and unite it. A closer look at these dynamics is required.

Reform is a gradual, incremental programme of change or restructuring. Its intention is to change the status quo by restructuring ineffective state institutions, replacing officials, and reconstructing economic policies and practices. It should not destabilise the situation.

The reformer must enjoy credibility and sufficient popularity, and must have a strategic vision and unwavering commitment to the reform. They must be strong enough to overcome resistance. Successful reformers are, accordingly, regularly accused of being autocratic.

Reform depends on astute strategies, and that is why it is a rare phenomenon.

The recent death of Mikhail Gorbachev, the last leader of the Soviet Union, brings to mind the impediments he had to deal with as a reformer and why reform is such a delicate political approach.

The contexts of the Soviet Union and South Africa are very different, but the types of problems a reformer encounters are often similar. Resistance from inside a party or government is the most pronounced one. For Ramaphosa, success depends on the support of a strong core in the ANC.

Herein lies a big problem: the success of his reform project requires that he also reform the ANC – which is factionalised and highly corrupt – to make it attractive to voters.

But reforming the party itself involves irreconcilable issues: building party unity versus promoting the values of integrity, ethical conduct, anti-corruption and a service orientation. Greater focus on values will mean that some people, among them leaders, must leave the ANC. Many are resisting and fighting back.

Part of Ramaphosa’s general reform agenda is a reconstruction and renewal of the economy, which is ailing. His direction is not supported by the Left and the more dogmatic party members.

His economic reforms includes a focus on infrastructure development and foreign direct investment, which needs international and private sector support. Hence his drive for a social compact – public-private partnership – and sectoral master plans. These initially gained some traction, but not sufficient progress has been made to solicit enough public confidence in this approach.

The COVID pandemic and global economic problems also put the brakes on Ramaphosa’s plans. To maintain support in his party, he has to present his reforms as a continuation of the ANC’s economic philosophy while their content is significantly different. His outreach to the private sector is just as important. The sector is waiting for overt policy changes before the social compact can become reality.

Reform depends on success stories and tangible results. Successes create momentum for more successes and it builds more confidence in the reform approach itself. Ramaphosa struggles to communicate effectively his successes to the public, probably fearing counter-moves by his opponents. They are announced in an ad hoc manner, and therefore lack impact.

Prior to the Phala Phala saga, another business related complication arose when John Steenhuisen, the leader of the main opposition Democratic Alliance, asked Ramaphosa in parliament a question about his son’s financial relationship with the private company Bosasa. The Zondo commission of inquiry investigating state capture has linked Bosasa to corrupt deals with some ANC leaders.

Ramaphosa’s answer was misinformed and incorrect. He later corrected it in a letter to the speaker of parliament. But the public protector took it further and investigated the funding of his campaign to become ANC president. (Her report was ultimately set aside by the courts.)

The first of the controversies to dog Ramaphosa regarding his private sector role was related to the massacre of striking mineworkers at Marikana in 2012 and his role as a director of the mining company, Lonmin. His detractors used it to question his suitability as a government leader. It continues to haunt him today.

Phala Phala came at the worst possible time for Ramaphosa’s reform initiative. Because of it, he is facing an impeachment process in terms of the constitution’s section 89.

The public protector and the police’s priority crimes unit, the Hawks, are also investigating it.

The impeachment process will most probably fail in the National Assembly because of the ANC’s majority. But the issue will not disappear before the 2024 general elections. Opposition parties will ensure that it becomes a perennial thorn in the flesh for Ramaphosa.

As any reform strategy depends on the reformer’s credibility and integrity, Phala Phala has seriously dented Ramaphosa’s public credibility, and he may face even more risks ahead of the ANC’s elective national conference in December.