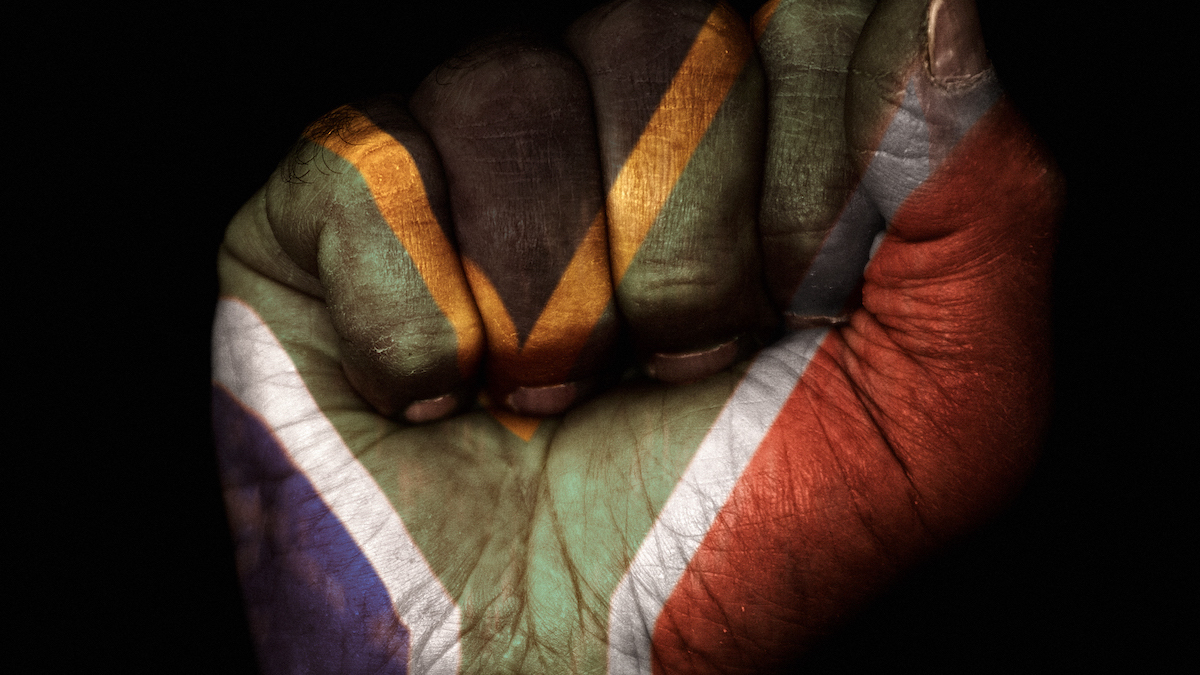 A commentator on RW Johnson’s speech at the 4th BizNews Conference says the hopelessness in his views is obvious, but takes a novel approach: she says the helplessness we all feel about the situation in South Africa is positive in that it’s the first time all South Africans have been in it together. “There lies our strength as a nation. There, in that discomfort, in that pain, we all unite,” she writes, adding that it was unity which secured the ANC its victory – and unity now, as the Rainbow Nation, which will ultimately rewrite our history. – Sandra Laurence

The more I listen to Mr Johnson, the more I sense both helplessness and hopelessness. Truth be very told, this feeling is shared by all South Africans (Black and White). There lies our strength as a nation. There, in that discomfort, in that pain, we all unite. Never in the life of this country have we ever as a people and as the Rainbow Nation, genuinely shared deeply, neither pain nor joy (we have been either divided or shallowly connected).

Reality is now confronting us. We have no time left for more mistakes, nor watching politicians and their political parties fighting as they forge non-existent shared fundamental values  (lack of politics that favour the country, but feed stomachs).

Therefore, one can safely say, none of the current political parties, combined or not, has a solution that talks to all South Africans or at least the majority. Failed coalitions attest to just that.

We need not close our eyes and bet with our lives on a failing ANC in the upcoming elections, but we must now breathe what we want to see, short/medium to long term / generationally. Let us not undermine this country’s history/ugly past, the kind that has the potential to bring the ANC or another weak political party back to power, whether we are all in pain or not. The probability of winning are high in us, as a Citizens United group behind what serves equally, this country and her citizens. The ANC won by unity, we shall win by the same means, unity. There is no room for divisions in whatever size or form. We have been divided for far too long.

Raging sea waves are fast engulfing the land. The state in which the State finds itself is beyond just Government, but requires all citizens and the business community  to sign a new life contract of the kind committed to all South Africans first. Therefore it makes sense to unite, for the more who are united, the fewer or zero casualties we shall have, all in a true patriotic and South African spirit of unity. We have no reference but an opportunity to rewrite our history.