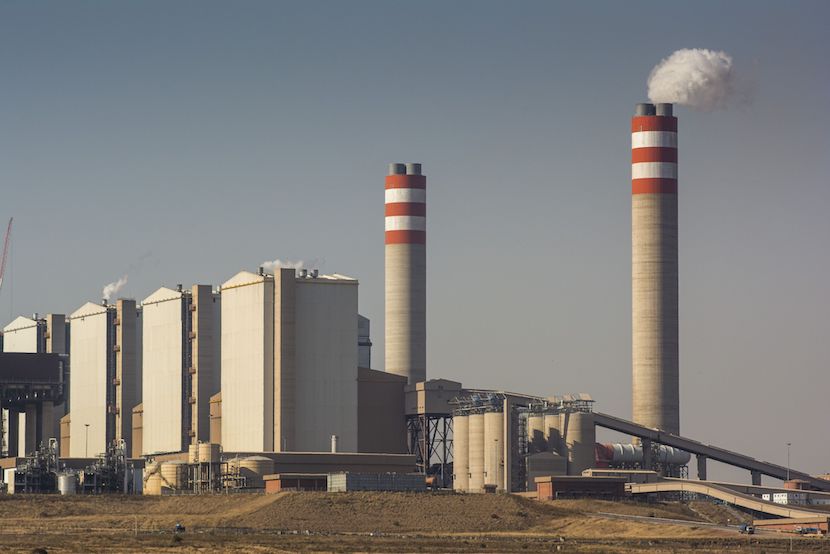 Last week DA leader John Steenhuisen’s proposed oversight trip to the disastrous Kusile power station was blocked by security guards on the instruction of ANC cabinet member Pravin Gordhan. Kusile was approved in 2007 as an eight-year project slated to cost R80bn. Now, 15 years later, it has cost over R200bn and only two of its six generation units are actually working. In this fascinating interview with Alec Hogg of BizNews, the SA’s Parliamentary Leader of the Opposition shares the back story of the oversight visit that never was, offers some suggestions to his political opponents (hint: Thailand) – and explains what a DA government would be doing about Eskom.

While some members of the BizNews community have praised John’s ability to expose the current efforts of concealment from the government, many community members seem to think the Eskom crisis is too far gone to be rectified.

Mark Wade said; “Eskom is a taxpayer-funded SOE, ‘owned’ by the people of South Africa, not the ANC and their security goons.”

Mark Misselhorn said; “Eskom can’t be fixed. Have to open up for IPPs but not just renewables. We need small clean coal fire and small nuclear.”

Phil Pietersen said; “Interesting how the root cause of the problem is ignored..”

Brendan Temple said; “As the saying goes. You can’t have the people who created the problem, solve the problem, it’s insanity to think that. Time to vote next year, and if this does not change then we’re doomed!”

Frank Agliotti Snr said; “They have not completed because of the irregular tender that was given to China which did not complete the contract.”

Gideon Lapidus said; “You can not run a country without reliable power Finnish and Klaar.”

Pramendh Bridgebunsee said; “John makes so much sense. Pity nobody is listening”

Scott Silburn said; “I believe the solution is to build 4 nuclear plants as quickly as possible and use the cream of the coal plants to supplement them. Renewables can then be phased in slowly and naturally as required…”

Stefan van der Spuy said; “It’s a pity that the mini-nuclear option is evidently not being considered by the DA.”

Bertram Fuscher said; “I think the upper most question in any right thinking citizen is what are they hiding. His standoff to the D.A.8s indicative of underhand dealings or arrogance as a public servant who are so full of their own importance.”

Charles Manning said; “I think he is naive thinking this problem can be solved. Once a certain degree of rot has set in, and the equipment state is bad enough, there is not much you can do to fix things. Certainly not in a few years anyway.”

“Everything the ANC touches is a disaster”

Even if there was an opportunity to save operations at Eskom, many BizNews community members believe the ruling party will do whatever it takes to prevent this to protect their own income source.

Justice for All said; “ANC must be taken to court and held accountable for failing the people of SA!!”

Francois de Wet said; “Nice try John, pull the other one as well. Municipalities won’t allow open power networks and lowering of electricity costs as it is their main source of income.”

Ken Ernstzen said; “Gordhan has NO right but gets away with it!”

Peter Lomax said; “16:30 When Steenhuisen talks about having an overhaul of visas for skilled overseas workers, my thoughts are also the state boards that seem to dither and obstruct skilled workers from working in that field. HPSAC is a good example of obstructing graduates and overseas professionals from working in SA hospitals. It is TRAGIC.”

Grové Erasmus said; “When they come to power, what would be the DA’s first policy action?

For me immediately suspend and abolish BEEE.”

Roy Lyle said; “What a disaster, everything the ANC touches is a disaster, they need to go.”

John Van Eeden said; “The only reason Jamnadas wanted to keep J S out is that the site has to be cleared of real undesirables on the take and probably party supporters of note before anyone may come snooping!”

Frank Agliotti Snr said; “This time go and visit again but without letting the Minister know just call in and sign the register and they will let you in”

KAVOD space said; “Do we need a grey listing for RSA?”

Fred Wilson said; “We cannot wait for 2024 for this to happen as david has not done a day’s work in his political career”

Trevor Huxham said; “And as usual nobody will be held accountable for this criminal f up those responsible will be promoted and praised on the good job they’ve done.”

What are your thoughts on John Steenhuisen’s take on the ANC’s lack of urgency with Eskom? Share your views below.