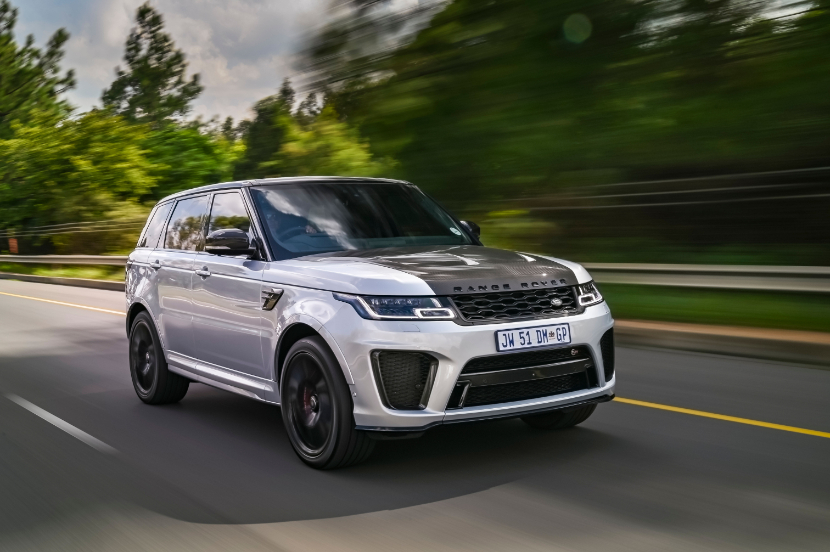 I have some fairly well-documented views on fast SUVs. It might be that I’m a little hard-headed on the matter but the notion of a fast SUV is so fundamentally flawed it’s hard to justify its existence in my mind.

Now this. The Range Rover Sport SVR Carbon Edition. A mouthful indeed but it’s a fairly simple recipe. Take a Range Rover and throw a supercharger at its V8 engine. Then add some carbon fibre bodywork, for seemingly no good reason other than to call it the Carbon Edition.

Now what most manufacturers would do after creating such a vehicle is send it to the Nurburgring race circuit in Germany and have it set a lap time. I mean if you want a definition of pointless, ‘SUV around a race track’ is it.

Range Rover is far too sophisticated for that sort of nonsense, though. You see the Sport SVR Carbon Edition has not been fettled in an attempt to make it ‘handle’ like a sports car. You’d be hard-pressed to tell that the engineers have actually tweaked the active dampers to assist road holding, a fact highlighted by the absolutely marvellous ride quality. It puts its German rivals to absolute shame in this regard.

The interior furthers the sense of sophistication. The seats, despite being lightweight performance ones, are comfortable, commanding things and the cabin itself is spacious and full of luxurious materials. The SVR has two separate infotainment screens housed in the central dashboard area allowing you to simultaneously control different aspects thereof, for example, you could have navigation running on the top while skipping through radio stations at the bottom. It’s actually rather neat as normally you’d have to move away from one function to perform the other, where with this setup you can do both.

I do however find the steering wheel control units rather confusing. Available to each thumb is a wheel that can be used in a left, right, up, down motion, as well as in a circular motion, with a confirmation click in the middle. It’s just that depending on which menu you’re in, those wheels change in the way they operate and that takes some getting used to.

In terms of numbers, the SVR has big ones. The 5.0-litre supercharged V8 produces 423kW and 700Nm, allowing it to waft from 0-100 km/h in 4.5 seconds. It costs R2.9m (after adding a few options) and it weighs 2.5 tons despite the weight-saving carbon fibre bonnet, seats and other trinkets. How that translates onto the road is not what you might expect. It’s nowhere near as fast as a BMW X5M, for example, but produces the most marvellously obnoxious bark from about 4,000rpm. It tows like an absolute dream, which I experienced on the way to the Free State with my race car hooked up. The fuel consumption is also surprisingly good for such a vehicle – driven carefully, you’ll achieve less than 15L/100km. The overriding joy, however, is the aforementioned ride comfort. It’s remarkable.

The other differentiator with the Range Rover is that it’s a Range Rover, meaning it will be exceptionally capable off the beaten track. It has all the various 4×4 drive modes you need to traverse any terrain and the air suspension will adjust ground clearance to suit. The other ‘fast’ SUVs are nowhere near as capable.

Given my propensity to dislike a ‘fast’ SUV, you’d expect that I wouldn’t like the Range Rover Sport SVR Carbon Edition. Not so and that’s because Range Rover hasn’t ruined the car in the pursuit of on-road performance. It’s still, at heart, a Range Rover.