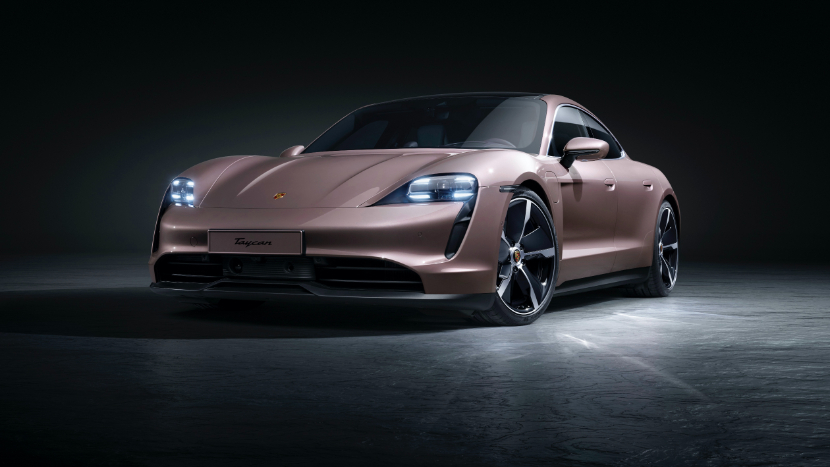 Electric vehicles, or EVs for short, are all the rage these days. The world will shortly be full of them if vehicle manufacturers are to be believed, with many claiming they’ll stop production of internal combustion engines before 2040. Probably best to believe them too, considering they’re the ones who make cars.

Accordingly, EV early adopters are getting a proper taste of the lifestyle as first attempts roll off production lines. I recently spent a few days with Porsche’s first attempt, called the Taycan. It’s a remarkable thing, all things considered.

Buried in the floors of the Taycan is a series of battery cells. Mighty clever ones too. Rather than there being one or a few big cells, there are as many as 396 lining the floors (model dependent) and thanks to clever packaging, like a cut out for the rear passenger’s feet, they keep the Taycan’s centre of gravity low down while maintaining passenger space and comfort. Two battery options are available on the Taycan – the Performance Battery or Performance Battery Plus. The Plus offers more range and more power.

Above the rear axle is an electric motor driving only the rear wheels. The drivetrain is tiny by comparison to a traditional car of this size, so you not only get a big boot but also a big frunk (front trunk). Inside is spacious too, with enough room for four adults.

The experience of piloting the Taycan is rather unique, as you might expect. There’s hardly a whisper from the drivetrain itself, aside from a Jetsons-like electric whir. Power delivery is also unlike any conventional vehicle due to the manner in which electric motors work. You see all of the available torque from the motor is available the instant you engage the throttle pedal, making the Taycan take off from a standstill like a scalded cat. Even in this base model, the 0-100kph time is a brisk 5.4 seconds (5.1 seconds with the Plus battery). In something tipping the scales at 2.1 tons, that’s quite impressive. Overtaking is an equally instant affair thanks to that manner of power delivery.

What’s different in this Taycan, compared with the 4 and Turbo models, is that it’s rear-wheel – not all-wheel – drive. Accordingly, it’s a bit lighter than the aforementioned models and in my view, a little better for it. While the twin-engined Taycans are even more mind blowing in their acceleration capability, this rear-drive version is a little more delicate in the way it corners and offers a bit more playfulness. There is still an inevitable sense of the 2.1-ton mass when nearing its cornering limits, though.

Once you get your head around the lack of noise you settle into what is a fairly conventional vehicle. Much like a Panamera or any other big saloon car, the Taycan lacks road noise, is comfortable and well equipped – a relaxing place to spend any journey.

However, rather than stopping at a conventional fuel station in order to extend your journey, in the Taycan, you’re required to find a charging station once you’re nearing the end of the +-400km range. The general consensus appears to be that there aren’t many charge stations around, however, a quick look at the Plugshare app (like Google Maps for charge stations) and you’ll see an extensive network across South Africa’s major centres and routes. A network that’s constantly growing too.

Stop at one of these with a fast charge DC point and your Taycan is ready to go again in around 20 minutes. To be fair, that’s marginally longer than the average stop for fuel on a long trip but not long enough to get worked up.

Nor is that charge time likely to upset your daily commute, as you’re able to charge the Taycan overnight at your home. That process takes about three to four hours in a three-phase household. Alternately, in the time it takes to have a cup of coffee at your local mall your Taycan could be nicely charged in the parking lot on a fast charger.

Over my few days with the Taycan I didn’t need to charge it, having covered some 300km involving trips to the office and a few jaunts on the highway for a bit of long distance experience. I did, however, stop at a charge point to go through the process, which is very straightforward. Just plug in your cable and tap your card for payment.

The Taycan is not without its niggles, though. There’s a setting in all electric cars (and hybrids) that determines the amount of energy recovery that takes place under coasting, like when you’re just rolling down a hill. Either you can set the car to roll freely, or you can set it to harvest energy to charge the battery quite aggressively which means the car slows down even while rolling down a hill. The Taycan defaults to roll freely where I prefer the car to harvest energy but it won’t remember the setting, which is rather annoying.

The fact that you require a three-phase installation for the home fast charger is also a potential pitfall, albeit an unavoidable one. In single-phase application, the Taycan will take +-40 hours to charge, which is somewhat less palatable than 4 hours.

On the whole, the Taycan is a very good first attempt at an electric vehicle – I suppose no surprise given a company like Porsche developed and produced it. Accordingly, I’d suggest the Taycan represents a tipping point for entry into the EV market in South Africa because as an early adopter, you don’t need to suffer on the bleeding edge – a comprehensive charge network exists now and the Taycan’s range is fairly extensive. Other EVs (Jaguar iPace side) haven’t had the benefit of both, meaning they were a compromise at best.