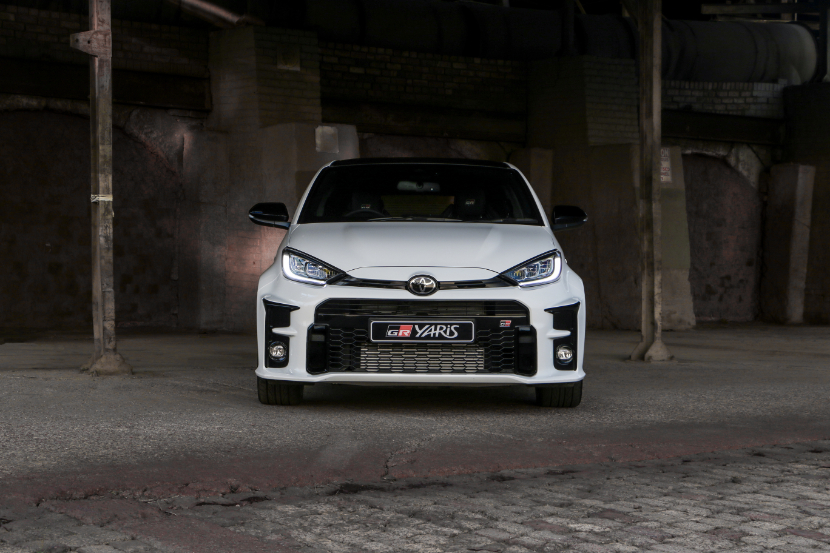 It’s not often that any new car creates as much hype as the recently released Toyota GR Yaris has commanded over the last year. That’s entirely a symptom of the type of vehicles that are being built in the modern era. Let me explain.

Motorsport has been a driving factor of vehicle development since the early 1900s. Competition has that effect on any industry, by pushing the envelope and driving success. As motorsport has evolved, governing bodies have implemented rules to control competition and attempt to level the playing field, most notably in any category that uses road going models as its base.

Rallying is one such category. Most often cars are based on a production model (more strictly in years gone by – and more loosely in modern times) and there are rules defined as to what compromises ‘a production model’. Accordingly, if a competitor wants to enhance its rally car, it first needs to build a road going production model to use as its base. This gave birth to the concept of a ‘homologation special’ – a car that is produced for public sale, normally in limited numbers, which complies with motorsport regulations that will result in it being homologated for competition use.

Toyota currently competes in the World Rally Championship and, a few years back, wanted its rally car to be a lower, sleeker and more compact version of the regular Yaris it had been running. In order to do so, they had to build this better Yaris for public sale. And so I give you the GR Yaris – a rally car for the road.

Stand the GR Yaris alongside a bog-standard Yaris and you’d be hard pressed to say it was vaguely the same vehicle. That’s because all the two share is a set of headlights. The GR Yaris has a lower roofline, wider track and shorter overall length. As you’d expect, weight and the placement thereof is a key factor in the engineering of the GR Yaris. At around 1,200kg it’s one of the lightest all-wheel drive cars available. A carbon fibre roof and aluminium panels means the centre of gravity is low down. Everything is entirely optimised for competing in the WRC

Toyota didn’t just stop at platform changes, though. Under the skin lies a very clever all-wheel drive system, mated to a 1.6-litre, three-cylinder turbo-petrol and a six-speed manual gearbox. Multi-link suspension controls each wheel independently and, in the ‘Rally’ derivative, a set of Torsen limited slip differentials control power delivery to the wheels.

The result is simply magic. With 198 kW and 360 Nm on tap – transmitted to the wheels by one of the best manual gearboxes I’ve used in a long time – the GR Yaris is fast and fun. You sit a bit high up but the seat is wonderful and the position itself in relation to the steering wheel, pedals and gear lever is all spot on. You can feel the car’s lack of weight in corners – it feels alive and agile, more so than any all wheel drives car I’ve driven in the past.

With the use of different drive modes one can configure the experience to an extent, sending up to 70% of the power to the rear axle in Sport mode, for example. When in Sport, the GR Yaris allows you to adjust its cornering attitude on the throttle. In Track mode (with a 50/50 power split front to rear) it’s all about traction as you’re tugged out the other end of corners with gusto.

It’s not all rainbows and sunshine, however. While the GR Yaris needs to be applauded for its very existence (because it’s a miracle that car makers like Toyota are prepared to make a car like this), that’s not to say it’s without fault. For example, it doesn’t quite get to the level of playfulness that I’d like for a rear biased all-wheel drive setup. The Focus RS I tested a few years back could be provoked into oversteer more readily, while the Yaris still errs on the side of traction.

When it comes to the interior – and I can appreciate that this is a driver-focused machine – the infotainment system could have done with a bit more attention. An ill-placed USB port that’s way up high on the dashboard alongside the infotainment screen is impractical, too.

Small foibles aside, the GR Yaris is undoubtedly a cracking little car – and further proof of Toyota’s commitment to making fun, driver-focused machines that don’t comply with modern performance norms – namely the pursuit of raw numbers; like power, acceleration, top speed etc. True enthusiasts realise that there is a more nuanced appreciation for driving – and that can be found here.