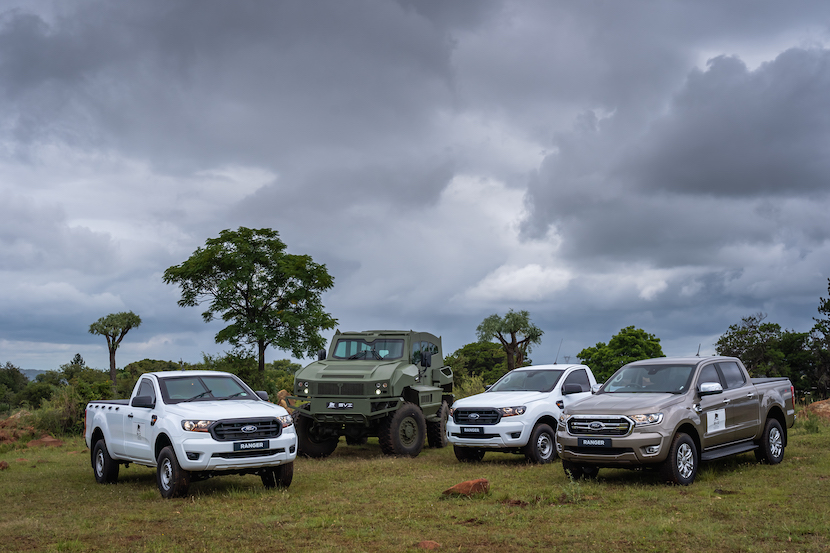 It’s no secret South Africa is, sadly, a dangerous place to live. Murder and violent crimes are rife, with a woefully under equipped police service unable to combat wrongdoings.

All of us intrinsically lock our doors as soon as we get into the car, slam the Trellidor shut and keep everything locked and bolted. Friends and family overseas are puzzled by our security measures. To them it’s overkill, to us it’s merely necessity.

Still, we cannot stay indoors fearing for our lives. However, when some of us go out, ambitious criminals try to help themselves to your car, and they’ll stop at nothing to get it. South Africa is now considered the hijacking capital of the world, with myriad victims of this violent crime. Some have lived through the ordeal, others were not so lucky.

So what to do? Surprisingly, many are turning to armoured and bullet-proof cars to protect themselves from violent attacks. I spent some time with an SVI armoured Ford Ranger Wildtrak to find out what it’s like to live with.

Well, if you have visions of an army tank, it’s quite the opposite. Avoiding a hijacking means blending in … and what blends into traffic more than a white bakkie? Despite being able to withstand attacks from an AK-47, for example, the discreet armouring fitted to the Ranger I drove for a few days is subtle. Parked next to a regular Ranger, you won’t be able to tell the difference.

At least until you open the door. It is notably heavier; those 38 mm armoured glass and steel armoured panels are hefty. Overall, 650 kg is added to the already portly Ranger Wildtrak. To help support this, SVI fits reinforced suspension and replaces the door hinges with reinforced items.

Slam the heavy door shut and the interior of the Ranger Wildtrak remains unchanged. It’s still the well-equipped, solid-feeling cabin that makes the Ranger one of the best double-cabs to sit in. The leather-trimmed seats are supportive and offer electric adjustment on the driver’s side. Other luxuries include dual-zone climate control, satellite navigation and a 10-speed automatic gearbox.

One feature you do lose with B6 armouring are the electric windows. The driver’s window rolls down very slightly, in the event you need to show your licence to the police or traffic cops. The rest of the windows are fixed in place. This can leave you feeling a touch claustrophobic, but that’s a small price to pay for the ultimate protection.

One downside to those fixed side windows: a quick stop at a local fast food drive-through proved to be a bit of a palaver as I had to exit the car to pay for my food and to collect it.

Driving around, you do enjoy a feeling of invincibility and absolute safety that the B6 armoured Ranger affords you. Stopping at a red light at night is a risk we have to take in SA, but in my subtle vault-on-wheels, I felt relaxed and safe. Even driving through the more dangerous areas of the Mother City was less stressful than usual.

Like the regular Ranger, the armoured equivalent has one of the best ride qualities in the segment. The extra weight of the armoured vehicle gives the B6 Wildtrak an even smoother ride and its road manners emulate those of a road-biased SUV. The 2.0-litre twin-turbodiesel engine provides sufficient power (157 kW/500 Nm) to cart the heavyweight around with relative ease.

It never feels overly cumbersome or slow to respond. While no official performance figures have been recorded, SVI says, on average, its bullet-proof vehicles are 1.5 seconds slower to 100 km/h. With an extra 650 kg on board, I thought fuel economy would suffer most. Although not as efficient as the regular Ranger Wildtrak, I recorded an average of 11.2 L/100 km. Impressive for a double-cab bakkie with heavy armouring. Ford claims an average fuel use figure of 8.1 L/100 km for the regular Wildtrak 4×4.

What does it entail?

For this level of armouring (B6), the process takes approximately 12 weeks. That’s because the vehicle is stripped down to its bare bones and reassembled with the armour. SVI goes through a painstaking process with all its vehicles, from more commercial products (such as a cash-in-transit van) to bullet-proofed luxury sedans.

It’s not just the glass and body panels that are protected. The rear of the cabin, firewall and even the battery and ABS unit receive protection from a hail of bullets. The front fenders are armoured to protect the engine from immobilisation. You can also opt for roof and floor armouring, a bullbar, ballistic grille and a run-flat system for the tyres. A PA system allows for occupants to communicate with the outside world, eliminating the need to exit the protected vehicle.

For the Ranger Wildtrak, the armouring will set you back approximately R690,000 excl. VAT, although cheaper options are available. The B4 discreet package is around R450,000 excl. VAT.

Is this really necessary?

For someone like me, no, it isn’t. However, there are scores of South Africans who really do require this level of protection. Businesspeople who, owing to their positions, are targets for crime. Hijacking victims who want peace of mind and don’t want to live through the trauma again. Companies that provide security. There are many applications where a B6-armoured car is essential.

B6 is the highest level of security a regular citizen can request, without obtaining a special permit. If a bakkie isn’t really your style, SVI can armour other vehicles to B6 specifications. The only requirement is that it’s a body-on-chassis vehicle, such as a Mercedes-Benz G-Class or Toyota Land Cruiser.

Ford South Africa has partnered with SVI Engineering to provide a factory-backed armoured car that can be ordered directly from a Ford dealership. What’s more, you retain that all important four-year/120 000 km warranty and six-year/90 000 km service plan. In addition, armoured Rangers receive a one-year/50 000 km warranty on the protective components.

After spending some time in this wheeled fortress, I learnt to appreciate the sense of security it gives you. Armouring is pricey but if you can afford it, it’s certainly worth it. In a country where hijacking happens daily, it’s nice to know you’ve got that extra layer of protection to rely on. As SVI’s Nicol Louw says, your car is equipped with airbags, ABS and traction control. You never want to use it, but when the fickle finger of fate decides to point in your direction, you’re happy you have those features.