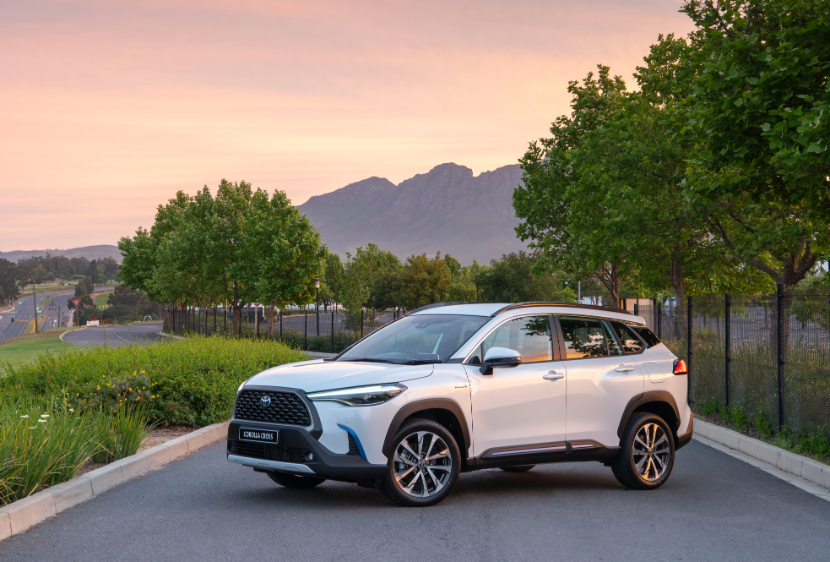 We need to place some matters into context before we begin. During 2020, South Africans bought fewer than 200 vehicles boasting alternative power, be it electric, hybrid, plug-in hybrid, etc. Keep that number in mind.

Toyota recently unveiled the Corolla Cross which is produced at its KZN plant. It’s a new crossover available in hybrid form and its target is to sell 12,500 hybrids in the first year. That is 62 times the volume South Africans were prepared to buy in 2020.

It gets worse. Toyota is targeting sales of over 20,000 cars per year with the Cross, the balance of which will be made up by traditional petrol drivetrains. That is roughly as many as they sell in the Hilux stable to give you an idea of the enormity of what they’re setting out to do. It means that suddenly the Cross’ importance for Toyota cannot be overstated.

It means that the Corolla Cross had better be something quite special. But is it?

Firstly, the Corolla Cross-type hybrid system is not something you need to plug in. It is a battery-based system that doesn’t need Eskom for charging. Rather, it charges itself from the internal combustion engine and from kinetic energy recovery, i.e. when you brake, instead of producing heat in your brakes, you make electricity in your battery.

It is extremely sophisticated in its control. The car optimises battery usage and balances power needs versus battery availability versus speed versus a multitude of other factors the clever engineers have factored into the equation. The car’s computer can turn the engine on and off when required and it shifts power source as and when needed.

The overriding urgency of the system is to squeeze every available joule of energy from your fuel tank and to use it to propel you on your way.

But you do precisely nothing. The car does it all for you and I will take a bet that many Corolla Cross drivers will remain blissfully unaware the system is even in their car, if it were not for the subtle ‘Hybrid’ badging. That and, of course, the reduced fuel pump bill when compared to any car they previously owned.

Hybrid tech works best in daily commutes and the savings target the fuel pump specifically. You can lop up to 30% off your fuel pump spend in day-to-day commuting. If you do an average of 2,500km monthly, you’ll have saved enough in fuel costs to account for the additional purchase price of the hybrid system in under two years. Incidentally, the battery has a warranty of eight years/195,000 km.

The price points are interesting. In fact, was pleasantly surprised. The base non-hybrid Xi comes in at R349,900, ramping up to R425,400 in the non-hybrid XR. The cheapest hybrid is the Xs at R413,000 and the range tops out with a hybrid XR at R448,300. The cherry on the cake is that the parts basket (i.e. parts that are most often damaged in an accident or replaced under normal servicing) is expected to be 8% cheaper than the competitors.

On the hybrid side, there are no competitors. Toyota currently offers a few hybrid vehicles and the Corolla Cross is the cheapest of the lot. Looking at the crossover segment generally, the Corolla Cross is being priced very aggressively against its competitors … like the Mazda CX-30 at R469 000, a Hyundai Creta from R377 900 or the Nissan Qashqai, which starts at R422 900.

First impressions behind the wheel are positive. The ride is comfortably firm and confident at all speeds and the Corolla Cross gets up and down the road at a goodly pace. Drive is transmitted to the wheels via a CVT automatic box. As far as CVT ‘boxes go this is not a bad one. It suits the car given its hybrid power delivery that offers up more torque at lower rpm than a traditional powertrain might. This means you don’t suffer from the normal woes associated with CVT gearboxes that tend to cause drone as the computer hunts for the optimum rev range.

In terms of appearance, the Corolla Cross is quite typically Toyota: nothing flashy or provocative. It is nicely proportioned, though. Inside it’s properly comfortable and spacious. Toyota eked out every inch of those exterior dimensions to offer great shoulder space for adults in the rear seats, decent leg room and a large 487-litre boot. The infotainment system (in the Xs and XR) is big at 10.5 inches but sprouts from the dashboard in a slightly ungainly fashion. The instrument cluster is clean, neat and simple. The overall build quality is, of course, typically Toyota-solid although there is some use of harder plastics.

The take-away point though from all of this has to be stressed: hybrid is about to become mainstream. You won’t even notice or care about this in your day-to-day driving until you need to fill up. At which point you’ll wonder why you didn’t do this years ago. And this is being brought to you by Toyota … by Corolla. I am hard pressed to think of anyone better to do it.