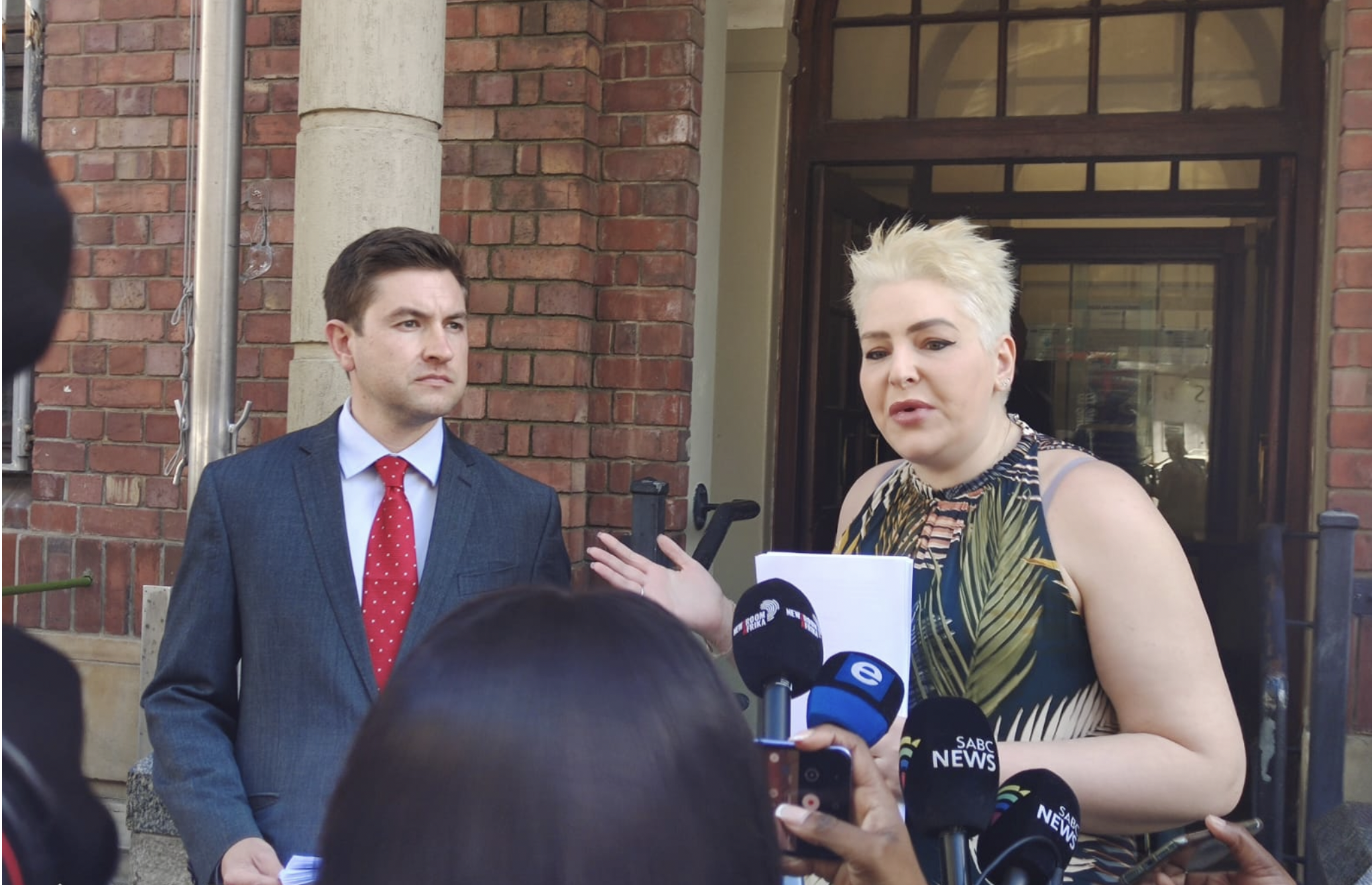 DA national spokesperson Cilliers Brink confirmed this in an interview with BizNews in which he expanded on the rationale informing his party’s laying of criminal charges against the ANC in terms of the Prevention of Organised Crime Act.

Brink believes the actions of the governing party have clearly conformed to that of a “criminal enterprise”. The DA says the State Capture Inquiry’s reports only bolster the laying of charges that must now be investigated by law enforcement.

State Capture Inquiry chairperson Raymond Zondo stated in his report, as quoted by the DA’s Chief Whip Natasha Mazzone in her affidavit to police, that: “It is necessary therefore to interrogate the role of the party [ANC] in actively engaging in corrupt activities for its own gain, allowing corrupt activities under its watch and failing to intervene to prevent or arrest such activities, creating the framework for corruption and state capture to flourish.”

We went to launch a criminal charge against the ANC as an organisation in terms of the Prevention of Organised Crime Act. The reason for this is we believe the conduct of the ANC has clearly conformed to that of a criminal enterprise as it is defined in the Act; that is, an organisation that continuously participates in criminal activities or unlawful acts. We had already written to the head of the prosecuting authority in 2019 asking for such an investigation to be launched. There was no official response but the indication was, let’s wait for the findings of the Zondo Commission and then we’ll proceed on that basis. Well, now we’ve got the Zondo Commission report, which confirms our view that there is reason to launch and investigate such a charge against the ANC. Wee went to get a case number so we can follow up and ensure there is accountability in this regard.

Well, whether you use a shotgun or or a sniper shot approach to prosecutions, bloody well, just do something. We don’t agree with the view that the prosecuting authority had to wait for every aspect of the Zondo Commission to be finalised. We believe there was already sufficient evidence to proceed with prosecutions. And if the approach of the prosecuting authority is to target individuals, well then that is its approach and it should make that determination. But it is very important for us to put on record that it wasn’t just a few individuals who acted on their own. This was an organised network of criminality.

On cadre deployment and Nomvula Mokonyane

Now you mentioned Nomvula Mokonyane. You forget the big fish is the national chairperson of the ANC, Gwede Mantashe, who is at the very centre of this Bosasa Connection. And it’s not only him; it’s Cedric Froelich and Zwane and all of these characters. I think at some point it is important for the prosecuting authority to ask what they all have in common. Well, I mean, they all acted as political actors within the mandate of the ANC. Maybethere’s something to be gained, maybe there is some prosecutorial advantage to be gained from taking that approach. You know, cast your net widely. Some of these things we know will end up with clear agreements quite possibly; if anything is, in fact, done. So, if you cast the net as widely as possible, gain access to documentation, which you wouldn’t have normally, it will be up to the prosecuting authority to follow a coherent strategy. We believe it’s important to place on record that this was a systemic matter and addition to the source. Of course, there is the policy of cadre deployment, which the Zondo Commission has now clearly described as unconstitutional and unlawful. It is no surprise, there’s been case law before in the Eastern Cape – I think it was Amathole – where they tried to appoint a municipal manager based on the instruction of the local ANC committee in the High Court. It was set aside, saying this sort of interference in constitutional and legal processes by political parties is not within the framework of the law. So it’s not a surprise, but it does help the DA, in our own case against the Parliament. I think it also strengthens the case that the ANC must face because cadre deployment, if anything, was a systematic attempt to subvert constitutional processes and the ANC should have been aware of that.

Certainly there has been some movement. And, of course, we welcome the arrest of the Guptas. The question is now: can they be extradited? If they cannot be extradited, it’s of no use; it’s merely a symbolic gesture. So we hope they can be extradited and stand trial for their crimes and the harm that they’ve done to the South African people. Of course, we have to acknowledge the successes that have been achieved, but they are underwhelming in the face of widespread evidence of state capture and corruption. I think people expected more; they expected higher level prosecutions and arrests to have taken place at this point. Now, where do they start? I think Zondo makes the work of the prosecuting authority much easier because he identifies the individuals. Dudu Myeni. Nomvula Mokonyane. Cedric Froelich. Gwede Mantashe. Jacob Zuma clearly indicated these people should be investigated further so they cannot claim to be absolutely overwhelmed by just this massive, you know, the magnitude of the cases Zondo makes clear. The first and the second and the third steps that need to be taken. We hope the prosecuting authority has enough courage to make the tough calls that need to be made and that they have the political backing – or at least the absence of political interference – when they do start their work. And so, it’s very important for a party such as the DA to come out and put public pressure on law enforcement bodies. We don’t do it behind closed doors. We openly want action to be taken on the recommendations of the Zondo Commission. If we don’t do that, if we just let it slide, the prosecuting authority might succumb to the other kind of pressure, which is just to do nothing.

I think it would be very dangerous to wait until October to do anything. I certainly don’t think the prosecuting authority is under any requirement to wait until October. There are legislative reforms that the Zondo Commission has proposed. Some of them are quite wide ranging and don’t necessarily relate directly to state capture. Parliament  must do its work; for instance, it must establish an oversight committee for the President, consider Zondo recommendations on a separate ballot for the President and so forth. Those things are going to take time. But the arrests, the warrants to search and seize evidence that might be destroyed in the next few weeks or months must be executed. Now, the work of law enforcement should have started a while ago. Hopefully, it has in some instances, but it’s really important for the integrity of this whole Zondo exercise, the 5,000 pages of findings and recommendations and the money that has been spent. It is really important for the prosecuting authority to turn this into arrests and prosecutions as soon as possible.

I think the difference is we now have the full Zondo report. Back in 2019, there were no findings made. It is only in the last six months that we have these findings. And, the findings are pretty powerful, pretty clear. And, for the prosecuting authority just to ignore this matter would be unthinkable. Zondo happened in the meantime and I believe that’s what would make the difference.