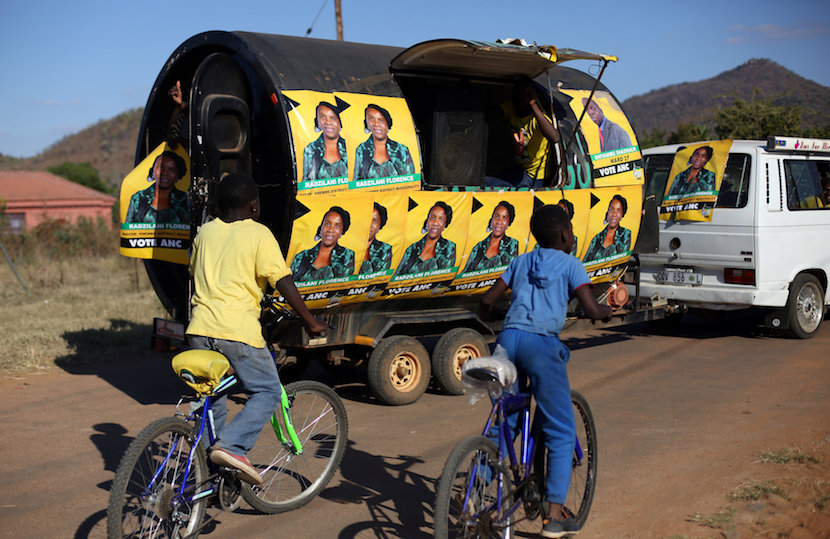 The ANC has been ordered to pay KwaZulu-Natal businessman Renash Ramdas about R120m by the close of business on 30 June 2022 or face possible liquidation.

The debt originates from 30, 000 PVC banners Ramdas, through his marketing company, supplied and put up for the ANC ahead of the May 2019 general election. He invoiced the governing party on 9 May 2019 but the ANC went to ground.

Speaking to BizNews, Ramdas’ attorney Shafique Sarlie gave the background to the case.

“Pursuant to the successful delivery of the service, the client did the invoice. Nothing was forthcoming from the ANC. They kept mum. They never committed to any payment plan and they [Ramdas] were forced to institute action in the High Court in Johannesburg. They were granted judgment, after it was vigorously opposed by the ANC, on the 17th of September 2020. The High Court judge granted judgment in the amount of R102,465,000 and interest from the date it was due, namely 9 May 2019. The interest is roughly …10% per annum. And on the rough calculation you’re looking at about 850,000 per month,” says Sarlie.

The South Gauteng High Court – sitting with a full bench of three judges – on Wednesday dismissed the ANC’s appeal against the September 2020 ruling, thereby reaffirming that the debt is valid and has to be paid.

Sarlie says, “Yesterday [Wednesday] we informed the ANC attorneys that if we were not paid by close of business today [Thursday] in terms of our instructions, we would proceed to execute a writ against the assets of the ANC. And we also then reserved our rights to proceed with liquidation proceedings against the party.”

The ANC has continued to deny the validity of a verbal agreement it entered into with Ramdas, claiming that the person tasked with dealing with the matter on the ANC’s behalf prior to the election was not authorised to do so. Sarlie explains that this argument has now been put to rest with the full bench pointing out in its judgment that the ANC’s defence is implausible and “far-fetched”.

Sarlie says his client has suffered significant prejudice as a result of this lingering debt.

“You can imagine fulfilling a contract of this magnitude and not being paid since May 2019. They’ve almost been liquidated themselves. They’ve been inundated with claims by service providers. There’s an army of people that they used to to fulfil this contract and we’ve patiently waited for judgment to be confirmed,” says Sarlie.

Lawyers for the ANC responded by the stipulated deadline of the close of business on Thursday indicating the party’s intention to appeal Wednesday’s judgment through a direct petition to the Supreme Court of Appeal.

Sarlie says his client is considering bringing an application seeking immediate relief, labelling the continued court action by the ANC “unreasonable and vexatious”.

Eskom debt should be paid with UIF money – ANC