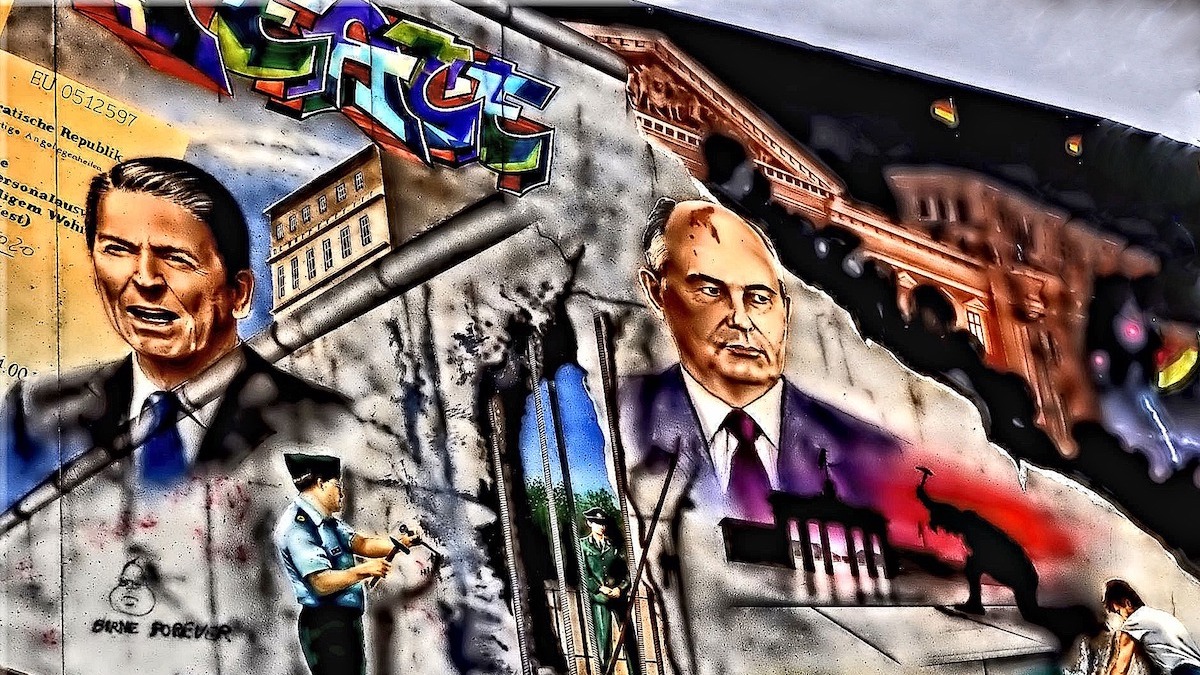 Here’s a thought from a rational, highly qualified global economics expert: the ANC is no more viable as an opposition party than the National Party was after 1994. To survive, it needs its RET wing to incite massive social unrest leading to another grand negotiated solution. This path was developing before Russia invaded Ukraine. Shawn Hagedorn’s theory, expressed in the Daily Friend this week, is that the new Cold War suits the ANC as it can be framed as another power play where rich nations disadvantage those less able to withstand inflated energy and food prices. The ANC’s playbook emphasises issues of power and justice to distract from its dismal problem-solving. All the evidence points to a shallow commitment to democratic institutions, while its desire to hold onto power runs deep. It stands to benefit if the new Cold War can make authoritarian governments look credible. The ruling party exhibits little awareness of how China’s embrace of capitalistic economic policies unleashed its massive economic potential – but embraces China’s authoritarianism because it works for unaccountable power mongers. – Chris Bateman

The 1945-1990 Cold War made clear that Marxist-inspired economic policies retard progress. That capitalism resoundingly won that round greatly benefited representative forms of government. As this Cold War is mostly about China promoting authoritarianism, it appeals to those who seek power without the inconvenience of being held publicly accountable.

That Nelson Mandela was released from prison as the first Cold War suddenly concluded wasn’t an odd coincidence. Throughout that era the foreign policy of leading Western nations prioritised the containment of communism.

The ANC had aligned with Moscow and Beijing while the National Party brandished its anti-communist credentials. The likes of Margaret Thatcher and Ronald Reagan were not going to invert the centrepieces of their foreign policies to back a communist liberation movement with misguided notions about managing a sophisticated economy.

Had the ANC followed China’s lead and rejected at least the economic components of communism in the mid-1980s, the effect would probably have resembled the Berlin Wall falling, in that acquiescence from European and North American governments for Mandela’s incarceration would have plunged – particularly if the party had also rejected violence against civilians. However, even now, the ANC exhibits little awareness of how China’s embrace of capitalistic economic policies unleashed its massive economic potential.

It wasn’t obvious in the 1980s that purging communism should be prioritised ahead of defeating apartheid. Reasonable people were torn. As the next decade swiftly ushered in a post-Cold War era with Marxist economics having been decisively discredited, there was no longer a need to choose.

Today we know that the vast majority of ‘born free’ South African school leavers are poor and meagrely educated and that their life prospects are dismal. We are also slowly beginning to appreciate how continuing to expand the massive backlog of unemployed young adults threatens our economic and political foundations.

While corruption is a serious contributor, our economic woes are primarily a product of ANC policies and practices. Many countries, most particularly China, maintained high growth despite rampant corruption during the post-Cold War period.

Marx’s economic assertions have been discredited but his emphasis on powerful groups oppressing weak groups has an enduring appeal. Such Marxist thinking is particularly alluring to a governing party, with liberation-movement roots, in a resource-endowed nation where much wealth and economic power remains clustered amid a group that can be accused of having been unjustly enriched.

Between the Berlin Wall falling and Russia’s recent invasion of Ukraine, globalisation flourished as capitalism became commonly accepted. The world’s poverty and inequality plunged. As famines were nearly extinguished amid declining combat deaths, the discipline that survival pressures exerted on societies eased while religion’s popularity was eroded. As values became less anchored, prospects for manipulating them proliferated.

This post-Cold War period was conducive to countries seeking high growth as well as to those that wanted to indulge social justice debating. Whereas most countries balanced the two, we frame our national debates within a social justice context to an extraordinary degree. Among the by-products is that well-educated people routinely advance the notion that cracking down on corruption will remedy our economic woes. Meanwhile, none of our leaders can articulate a workable growth plan.

That we are so conditioned to frame our national debates within values-focused constructs stems from the ANC’s formidable success at doing this during the transition years and beyond. This traces to their spin masters having learned from neo-Marxists and Marx.

Ongoing admiration for his misguided revolutionary zeal reflects his having been a true master at persuading people to think they are victims of some socially derived power play. But the Berlin Wall fell because indulging such victim-centric narratives leads to growth-retarding policies. Science and commerce have advanced to the point that most citizens in well-managed countries can enjoy comfortable middle class life-styles.

South Africa’s economic trajectory was sliding precariously. The pandemic made matters far worse while further evidencing how the ANC’s policies and practices are fundamentally unsustainable.

As the global health crisis eased, rising commodity prices offered South Africa a temporary economic reprieve. Rather than seize the moment and pivot policies to favour growth and job creation, the ANC managed to frame our youth unemployment crisis as a moral dilemma between providing subsistence payment for healthy young adults versus fiscal rectitude.

Governments go to great lengths to avoid persistently ultra-elevated youth unemployment, as it provokes large-scale social disobedience. But corruption is so widespread within the ANC that it can’t purge it. Therefore the party electoral viability cannot be sustained until 2029.

The ANC is no more viable as an opposition party than the National Party was, post 1994. To survive, the ANC needs its RET wing to incite massive social unrest leading to another grand negotiated solution. This path was developing before Russia invaded Ukraine.

The new Cold War benefits the ANC as it can be framed as another power play whereby rich nations disadvantage those less able to withstand inflated energy and food prices. That this characterisation is unfair misses the point. The ANC’s playbook emphasises making issues about power and justice to distract from performance related to problem-solving.

The ANC’s commitment to our democratic institutions is meagre whereas its desire to remain in power runs deep. Thus, they stand to benefit if the new Cold War can somehow make authoritarian governments look credible.