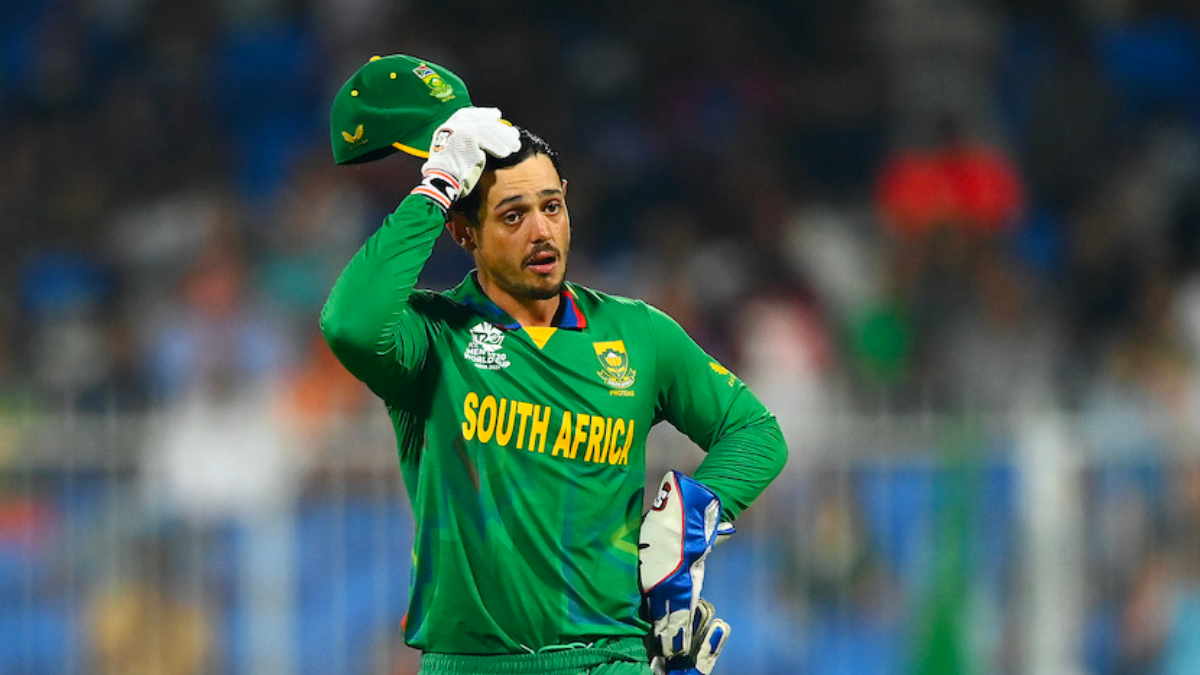 This article was first published on 3rd January 2022

After the somewhat unexpected retirement from test cricket of Protea kingpin Quinton de Kock, Rob Opie looks at the disastrous state of affairs at Cricket South Africa (CSA). CSA has been deteriorating since the end of the Smith-led era, with a combination of boardroom issues and inconsistent on-field performances at the root of the issues. Opie looks at a cycling team riding in unison – known as a peloton – and how the benefits of teamwork creates enhanced efficiencies and performance, known as the ‘peloton effect’. But when a team fails to come together effectively, the opposite can occur and bad performance can be magnified. This has happened to the Proteas and CSA, which was recently epitomised by the retirement from test cricket of 29 year-old veteran Quinton de Kock, arguably the national side’s best player. A player in the pinnacle of his career, a best in-class on a global scale when it comes to his trade, retiring from the oldest and most prestigious format of the game? Something has to be terribly wrong. – Justin Rowe-Roberts

The word “PELOTON” is of French origin, meaning little ball or platoon.

In cycling, it refers to the main group of riders – riding in formation.

The purpose of the peloton is to create leverage – to do more with less – hence creating what is effectively an ‘elastic band effect’, which saves the finite energy of the lead rider in the team.

By riding close and behind other riders (drafting, slipstreaming), the reduction in drag is dramatic.

The peloton travels as an integrated unit similar in some respects to birds flying in formation.

– with studies showing an energy conservation of up to 40%.

It works in all forms of sport and life as well.

Cricket is no exception.

But, when the ‘PELOTON EFFECT’ simply does not exist – the very opposite actually occurs.

The energy loss in the team (and individuals) can be a staggering 40%.

It is this staggering loss of energy that puts any team on the back foot from the outset.

No matter what smiles or brave faces the Proteas may try to put on after their “change room pep talks”– their peloton does not exist.

Over time this constraint takes an exacting toll on all the players – and coaches.

The result is the team become “The Losers” before the game even begins – no matter what team spirit the captain or coach tries to muster up.

Each and every player can only take so much before they make their own individual calls in sport & life.

Quinton de Kock is no exception as an exceptional player – and human being.

He has watched for too long how the the Proteas are finding it near impossible to turn a ship with a broken rudder – a dysfunctional board.

With no peloton in CRICKET SA, and very little hope of things changing for the better, Quinton de Kock in making his own “self preservation / family call” – has made the right move for now.

“I’m doing what my heart is telling me is best.” Quinton de Kock

Quinton de Kock can always return if things right themselves at the top of Cricket South Africa.