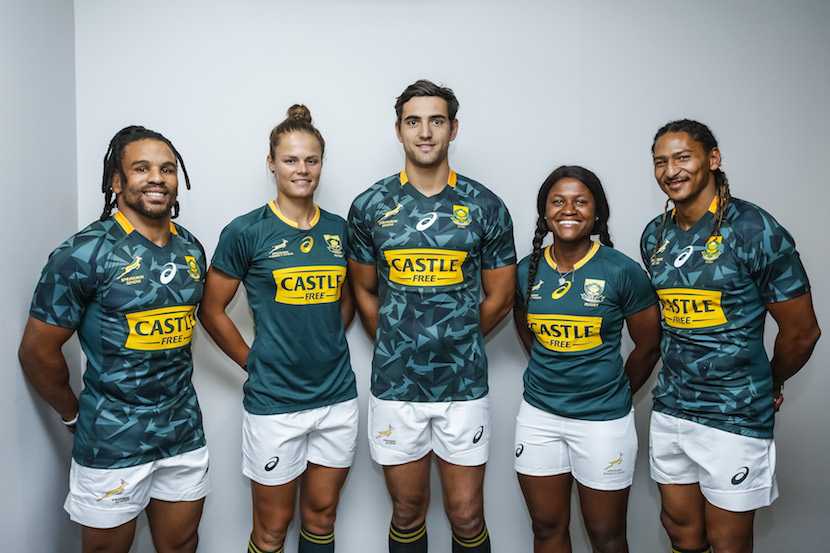 JOHANNESBURG — As far as injury headaches go, replacing the injured Zain Davids with Chris Dry for this weekend’s Hong Kong Sevens wouldn’t have caused coach Neil Powell too much pain. Out goes a player who has played 18 tournaments and in comes a player who has played 66 tournaments and will be in Hong Kong for the 8th time. It’s sad news for Davids, but his talent for the shorter game is prodigious and he’ll have opportunities in the future to make the trip to China. Dry has had a topsy-turvy season. He only rejoined the South African Sevens squad in January after a 14-month layoff due to a knee injury. He was in the squad for the Australasian leg of the World Sevens Series, but missed out on the North American trip after picking a rib injury. Now back to full fitness, Dry was only in the squad for the Hong Kong tournament (which South Africa has never won) as a travelling reserve. Davids’s ill fortune means the big man with 331 games and 93 tries to his name will add much-needed bulk and experience to the Blitzboks. – David O’Sullivan

Chris Dry has been promoted to the Springbok Sevens 12-man squad at the Cathay Pacific/HSBC Hong Kong Sevens after Zain Davids was ruled out due to a shoulder injury picked up in training earlier on Wednesday.

Dry travelled to Hong Kong as official reserve and his elevation to the squad for his 67th tournament in the HSBC World Rugby Sevens Series means James Murphy has been called up to travel to Hong Kong as the 13th player.

Murphy made his debut in Hong Kong last year and also played in Singapore for the Blitzboks. He will join the squad on Thursday.

Davids’ injury will not dampen the Blitzboks’ enthusiasm and the intensity at training remained high, something team captain, Siviwe Soyizwapi, believes to be a good sign prior to their first match against Japan on Friday.

Injury setback for #Blitzboks as #ZainDavids picks up shoulder injury in training and ruled out of @OfficialHK7s . He will be replaced by @chrisdry7 in playing squad with James Murphy flying out as 13th player. @PeoplesPhysio @WorldRugby7s @CastleFreeSA @FNBSA @ASICS_ZA pic.twitter.com/4Swm3K19Io

“We have been training very well – the intensity is high, the guys are keen and the input very good,” said Soyizwapi.

“There has been good energy and the fact that we are enjoying each other’s company off the field as well makes everyone keen to get started.”

Soyizwapi is under no illusion of the task ahead and the challenges facing the Blitzboks, despite having won the previous tournament in Vancouver.

“We have a lot of new combinations and younger players in the squad and we almost need to start over. It is exciting for us, but also demanding on the system,” said Soyizwapi, who feels there is momentum and confidence flowing from the win in Canada.

“It started at the camp in Stellenbosch already, the eagerness to take on the next challenge, in this case, Hong Kong.”

Soyizwapi believes he knows the triggers to make the team perform best: “We are a happy team. We play best when the guys are in a good space and happy with each other’s company and playing for the guys next to you. If we get that going early, it will be a goal achieved and a box ticked.”